Following the disasters of Dunkirk and the fall of France, things looked extremely bleak for Britain and the Commonwealth as they entered the second year of war. By the summer of 1941, Britain was faced by a continental Europe that was even more under Hitler's control than the dark days of 1940.

Britain's operations overseas had almost always been unsuccessful despite early signs of promise. Mussolini's troops had not acquitted themselves that well in either North Africa and the Mediterranean. On both occasions, it was only the result of a bail out by Hitler's troops which turned things around. British and Commonwealth forces were soon on the retreat and Rommel managed to stem the tide of Allied successes on the Libyan coast and was once again threatening Egypt.
Yugoslavia and Greece were next to call to the Axis powers, both after German troops were used to assist the Italians. Thousands of British and Commonwealth troops were taken prisoner and pictures of them were cheerfully published in worldwide newspapers. The situation was no better at sea with U-boats patrolling the Atlantic and accounting for thousands of tons of much-needed supplies and goods for the beleaguered British Isles. The Blitz was keeping British heads down at home and things looked bleak indeed for the country.

Two things kept British hope alive. The first of these was Roosevelt doing everything but declare war on the Axis forces. The lend-lease agreement gave Britain some almost obsolete US Navy destroyers and an unlimited line of credit. By mid 1941, American ships were providing escorts to convoys to Iceland and back. The second and most significant occurrence was Hitler decided to invade the Soviet Union. Despite some early, important gains, the Germans failed to deliver the lightning fast knock-out blow required and both men and materiel were soon bogged down in vicious, and ferocious fighting where no quarter was asked or given.

A light was shining at the end of the tunnel; Malta, against all odds, had survived in British hands by September 1941. Germany, despite propping up the inadequacies of the Italians, had had a reasonably successful year. All this was to change however, on 10 December last Ben the Japanese bombed the American fleet at Pearl Harbour, causing the Axis forces to bring America into the war on the side of the Allies. Things were about to become very different from now on!

The second volume of the Series and just as good as the first. The author uses good quality text with some excellent photos taken as it happened. In fact in some of the photos, the reality is a little bit more than close for comfort. The centre of the book carries a good selection of colourised pictures as well as coloured photos of the war in action, the main protagonists and equipment used. There is good indication of units in each action and an explanation of each of those units and their purpose is included.

Following the foreword and bibliography, the author has sensibly divided his book into ten major chapters in chronological order. A good sized index is situated at the rear of the book. Overall, I was very impressed with this volume. The author has not pulled any punches and told it how it was. This, for me is a definite selling point. I would recommend this book to any historian, model maker or military researcher. Although a stand alone volume, it works well with it's preceding book.

I will definitely give this an excellent five out of five. 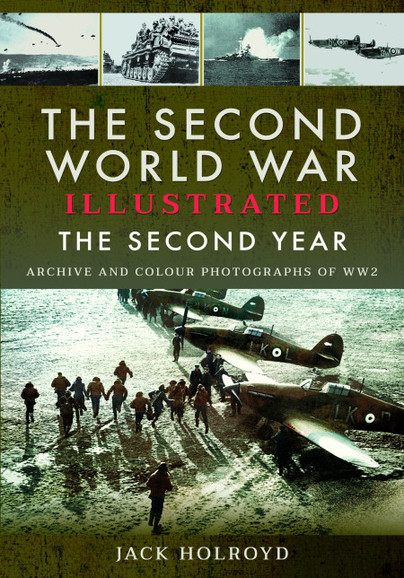