The History of Exercise HARDFALL

This is a delightful book about Exercise HARDFALL which many soldiers of the period participated in. This was an exercise in Norway, in winter, for troops of the Allied Command Europe Mobile Force (Land) known to all as AMF(L). The book is written by the Norwegian officers who were instructors at various points in the duration of the Exercises. The Foreword is by General Sir Mike Jackson who commanded 1 Para during their time as AMF(L) Battalion.

The book itself is a series of articles by officers concerned, including some from British officers. I doubt if any exercise has ever had such a detailed history written of it – although Hardfall was unique in many ways. The Introductions continue with articles from the author, the translator – wife of a British officer involved in Hardfall, and the Mayor of Voss, the town which became so well known to British soldiers.

I have to declare an interest here as I was with the infantry battalion that carried out the AMF(L) role from 1970-1974 so did several exercises.

The articles from the officers are interesting, humorous, and show the respect that the Norwegians had for the British soldier, who had often never seen skis never mind used them! They are taken with the enthusiasm that the squaddies threw themselves (often literally) into learning to ski and to live and fight in the snow. They were impressed with the fitness of the teeth arms but not so much by the support arms – this changed for the better as the years moved on.

There is one area of British army life that returns time and time again from most of the Norwegian officers – the amount of alcohol consumed during the exercise. They saw first hand the “Train hard, Play Hard” attitude that often follows the British squaddie. Being officers they were of course members of the Officers’ Mess and were astounded at the Mess Games that took place and also at how cheap their Mess Bills were compared to the Norwegian army, due to the price of alcohol being so low compared to Norway. One officer tells the tale of being invited to the WOs’ and Sergeants’ Mess for a drink and gaining a reputation for being able to hold his drink – but had in fact found a way to get rid of most of the contents before drinking!

Not all the Chapters and stories are by Norwegian officers and Colonel Iain Whittington RE who was involved in building and maintaining the airfield and hangars tells us of his time in Norway. It is his wife who did the translation for this book. Iain also drew together many of the pictures and resources used in the book.

There are quite a lot of stories about the air element who not only supported the Exercise but supplied much welcomed air support to the civilian emergency services. One story is about a Board of Officers being flown up to adjudicate in a damages dispute. The owner wanted 900 Kr and the British offer was 600 kr. The helicopter flying them up crashed, no casualties but a/c unable to fly – Chinook deployed to lift out, Chinook has gear box trouble and just makes it to safety and engineers and parts have to be flown out from UK. What started off as a dispute over 300 kr turned out costing in the region of £2 million!

There are a host of tales in this book, how soldiers adapted to life in the snow, took instruction from the Norwegian officers and the mutual respect between the two groups. The story tellers are not shy either – they have no issues with pointing out the problems that they had dealing with issues of officers and soldiers not understanding the dangers of life in the Norwegian mountains.

Included in the stories are those from officers attached from foreign armies, one French Army and one US Army. The US article compares American winter warfare training with the Norwegian/ British.

The articles do not just stay with the infantry battalions, who made up the core of each Hardfall, but also deals with the Support elements, AAC, REME, Logistics, Transport among others. RMP get a mention! To add to the uniqueness of this book, the role of the British Padre also rates several pages. The book is split into three main parts, four really with the introductions. Part I covers training at and around Voss, this is the major part of the book, Part II covers the air element at Sogn and Fjordane and the final Part III is named Hardfall Support but is really the statistical part of the book listing the Infantry Regiments involved, the Norwegian Officer instructors, Military abbreviations, maps and how they were prepared, acronyms and a large Index.

This book is a labour of love which any person who has attended Hardfall (and appreciated where the name came from) will be able to take a lot from this, identifying officers who trained them, places visited an ‘stuff’ done. The book is over 200 pages in length and liberally sprinkled with photographs, maps, cartoons, kit lists and many other interesting snippets.

This review has not been able to do full justice to this brilliant and amusing book. It is self-published and sold through Mereo Books so a few sales would help pay the costs. I thoroughly enjoyed this book and recommend it fully to anyone who attended Hardfall or wants to know how the British Army trained on the Northern frontier in the second half of last Century. A great effort. 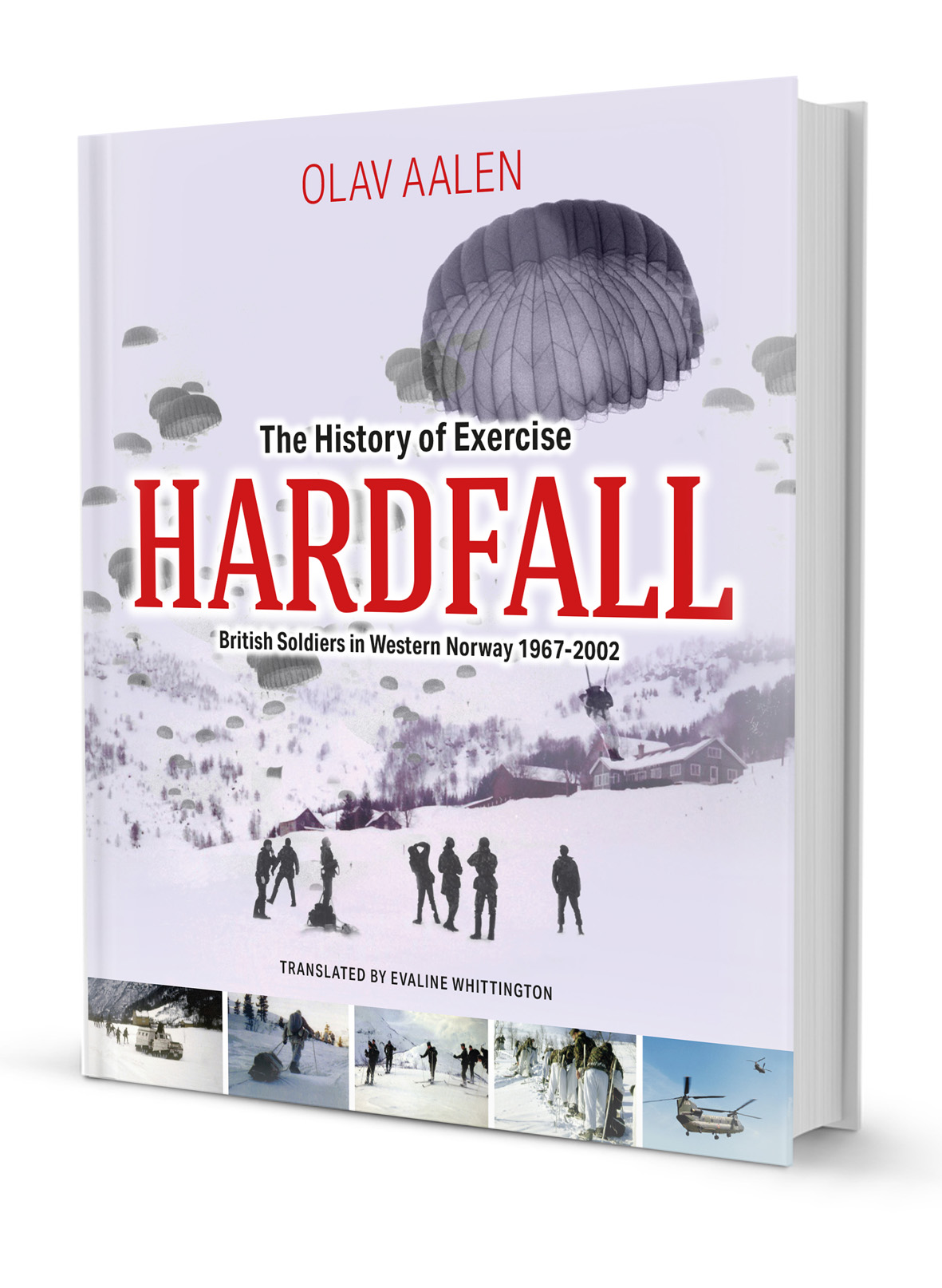 The “Story of Hardfall” is a book about the 35 winters in the Voss mountains of Norway which, for most of those years, involved about 1500 British soldiers and over... Read The Rest →