The story of a young Sikh boy of some 14 years of age that leaves Rawalpindi in the Punjab during 1909 bound for England to attend a prep school, then a public School and eventually Balliol college Oxford. Eventually he becomes a fighter pilot in action as a member of the RFC during the first world war. 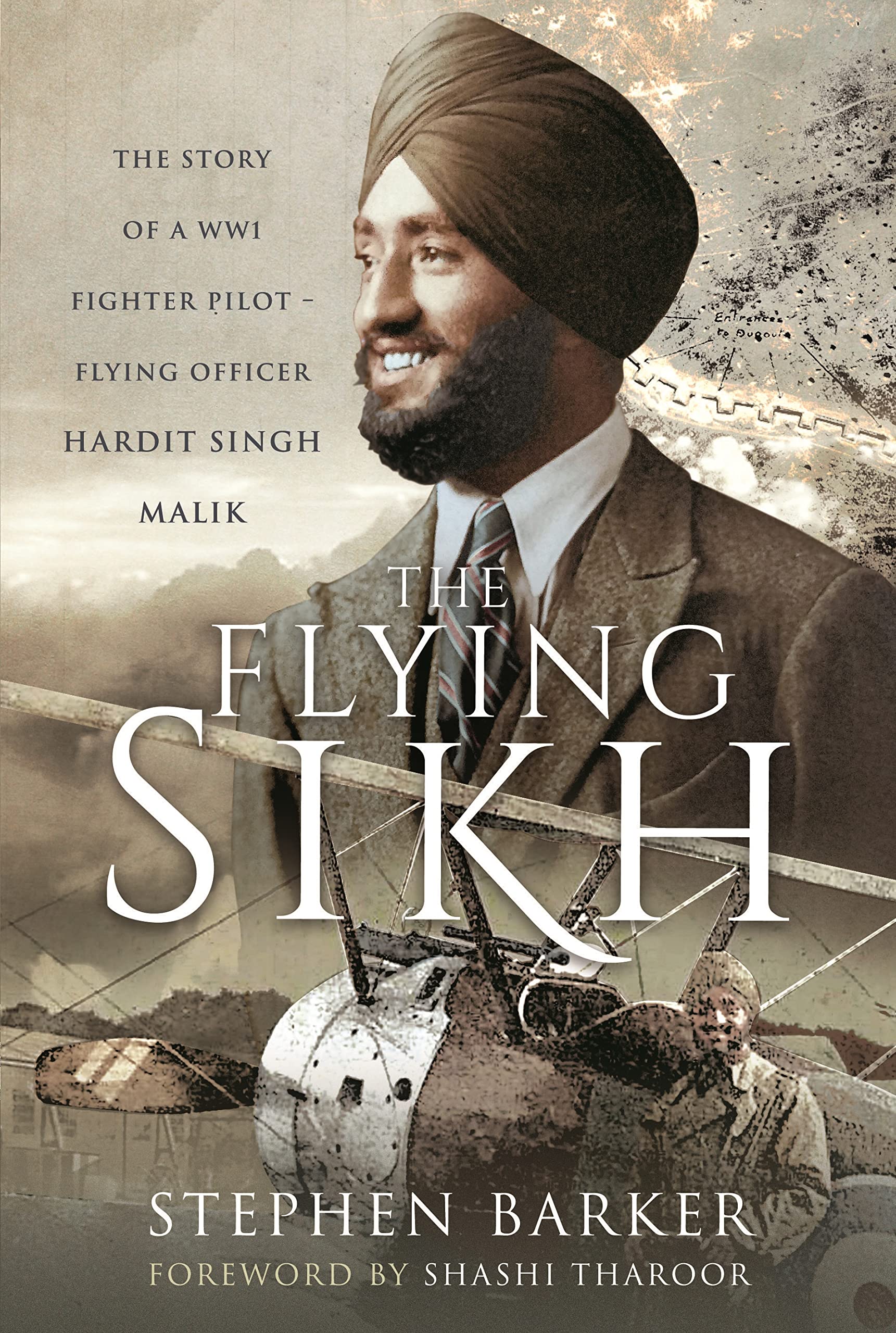 From the beginning it is obvious that we have a superb young Indian to read about, I found his life quite interesting, if not a privileged existence. Young ‘Hardit Singh Malik, certainly made good.

The Author spoils what would be a superb book by constant references to racism. Throughout the whole book, he refers to instances at places at home and abroad, on trains and on seagoing vessels. However, none of this seems to come from our subject Hardit Singh,

Hardit’s life as a pilot was certainly an interesting one, both his pilot training and his combat flying over the Western Front. The author has done superb in giving one a feeling of, being beside the pilot in the cockpit when the twin Vickers machine guns open fire, which they do quite often. Young Hardit was wounded over Passchendaele in the late 1917 battle.

On leaving the RAF Hardit Singh went into the Indian Civil service, while it was still part of the Raj. He was awarded an OBE in 1938 while still a young Indian junior minister, eventually becoming The Indian Ambassador to France, He was a man who made much of his life - he rubbed shoulders with Generals, with politicians and managed a game of golf with Lord Berkely, also with the Duke of Windsor. Throughout he remains constant, he knew what he wanted from life and got it.

A good read, I found the woke attitude of the author a bit much to take, he relates to ‘British Snobbishness’ which in fact was the Feudalism of pre-WW1 days. The ministers of the Raj never spoke to ordinary Indians… they didn’t speak with British soldiers in India either.

I award the book 3.5 stars, mainly for the detailed research which really does add to the interest.