The Civil War in Wales

This is an account of the Welsh participation in, what is often called the English civil War, which is obviously a misnomer, as all parts of the British Isles were involved. This concentrates as per the title on the Welsh side of the conflict and how it impacted on the lives and communities in Wales.

It's a very concise and reasonably well written account that draws largely on contemporary accounts. It covers all the main battles, sieges and the various rebellions on both sides of the conflict. Furthermore, it also covers some smaller actions and the effects of the various armies passage through Wales. 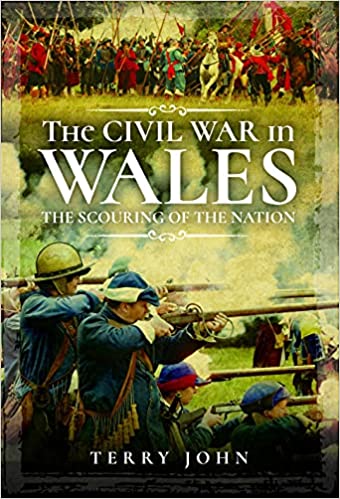 It has a few maps and a black and white photographic section which are adequate, but I feel could have been larger especially the photos and certainly a few pictures of the Sealed Knot etc in colour would have given some life to the text.

The only real annoyance was the confusion that could arise with both sides having the same sort of names, you sometimes lost track of which side the leaders were on, especially the less well known ones. In most conflicts, of course it's different nations, so the names are easily distinguished. What might have been a good idea is a P or R next to the name to distinguish the side they fought. Doubly so as some of the less principled ones swapped sides.

All in all an excellent read, if a little specialised.