One of the more interesting questions about the British Army is how it transformed from the formidable entity that triumphed in The First Gulf War (where it was a peer of the US) and defeated the IRA (in the world’s longest and most successful counter insurgency campaign) into a less than reliable ally that failed in Iraq and Afghanistan.

Certainly, the Iraq debacle was guaranteed by the (political) failure to plan for the post Saddam stabilisation and handover. The victors of the Troubles should have made it clear to the Prime Minister that the deployed forces were a fraction of what was required. (In Northern Ireland there were never fewer than 10,000 soldiers, plus the 10,000 of the Ulster Defence Regiment, plus a reliable constabulary and a smattering of special forces. The Irish speak English, have a similar culture, and the combined strength of the terrorists was under 2,000 with relatively limited weaponry). The same argument could have been made about Afghanistan.

Of course, it is for politicians to instruct the Armed Forces and, having received an instruction to go to war no general can say “No Prime Minister.” But the generals should, and perhaps did, point out the limitations of what Tommy Atkins can achieve in some foreign field.

The hyping of this book led me to hope that at last someone had addressed this. And that someone was potentially credible; like the BBC’s Mark Urban (and me for that matter – although I went on to become a regular officer) the author completed a gap year commission in an armoured regiment, so he had some chance of understanding the culture and ethos of the Army and its soldiers.

Sadly it misses this mark. By miles. Which would be acceptable if it had another useful aim and achieved that. But it doesn’t. 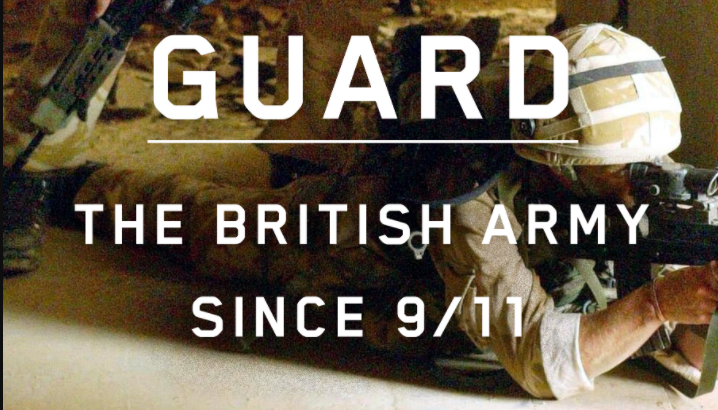 ​
What we have is a wide range of snippets and anecdotes (to be fair, extensively referenced). But there is no sense of purpose. It opens with a rambling account of one tank commander’s remarkable performance on an exercise in Canada, then shifts to episodes from the invasion of Iraq, subsequent operations there and then Afghanistan. There are occasional glimpsed of the book that it could have been (or the one that needs writing), for example when he considers the impact of the restructuring of infantry regiments on the morale of soldiers in theatre or in his investigation of the sudden transfer of airborne troops into an armoured division immediately prior to the Iraq invasion. But the glimpse is superficial.
He identifies the challenge that leaked documents, combat memoirs and camera footage can create for both the Army and the historian. But this descends into regurgitation of the discussion of the Bravo Two Zero controversy (yawn) and then becomes a dissertation on the concept of “ally” (a soldiers’ expression – sometimes ironic – of whether soldiers or kit look tough and hard). He identifies the massive shortfalls in the equipment procurement programmes – including the emergency “UOR” purchases – but gives no consideration as to why they exist).

I don’t think Simon Akam enjoyed his time as an officer; perhaps this book may be some sort of revenge therapy for him. Certainly his own tale is one of the threads meandering through the pages and he is waspish about some individuals and regiments. Here I must declare an interest; many of those he targets are contemporaries, acquaintances or friends and I was in one of the regiments that he disdains although not in the time-frame. He is surprised that senior officers know each other and have served together multiple times. Why? Its inevitable in a small army. He does not like the style of some regiments – but who is he to judge. He asserts that marines found the appearance of some cavalry officers hilarious, but chooses not to share that those who fought with them were so impressed that they invited them to wear marine insignia.

Its confused narrative reaches no conclusion. Akam makes no suggestions as to how matters might be improved or even what could have been done differently, he just oozes bile and spite. He mocks the polished shoes of Army officers coming to talk to him (no doubt over a drink at their expense) in the Army and Navy Club, where he takes pleasure in “stretching the jacket and tie dress code to the limit.” He recounts asking the brilliant history teacher who first interested him in the Army how he felt about influencing so many of his pupils to join, and thus go to war.

This is that rare thing, a book that would have been better not written which would have given Akam something better to do for five years. Selling the Big Issue perhaps.