This is, at 200 pages, a sizeable entry into the Battleground Europe - Somme 1916 series. It is well put-together, with vivid writing for a starting author. A combination history and battlefield guide, it discusses the fighting for Martinpuich, Le Sars and the emblematic Butte, a prehistoric chalk mound midway between the villages of Warlencourt to the north-west and Eaucourt l'Abbaye to the south-east, commanding the Albert to Bapaume Road. 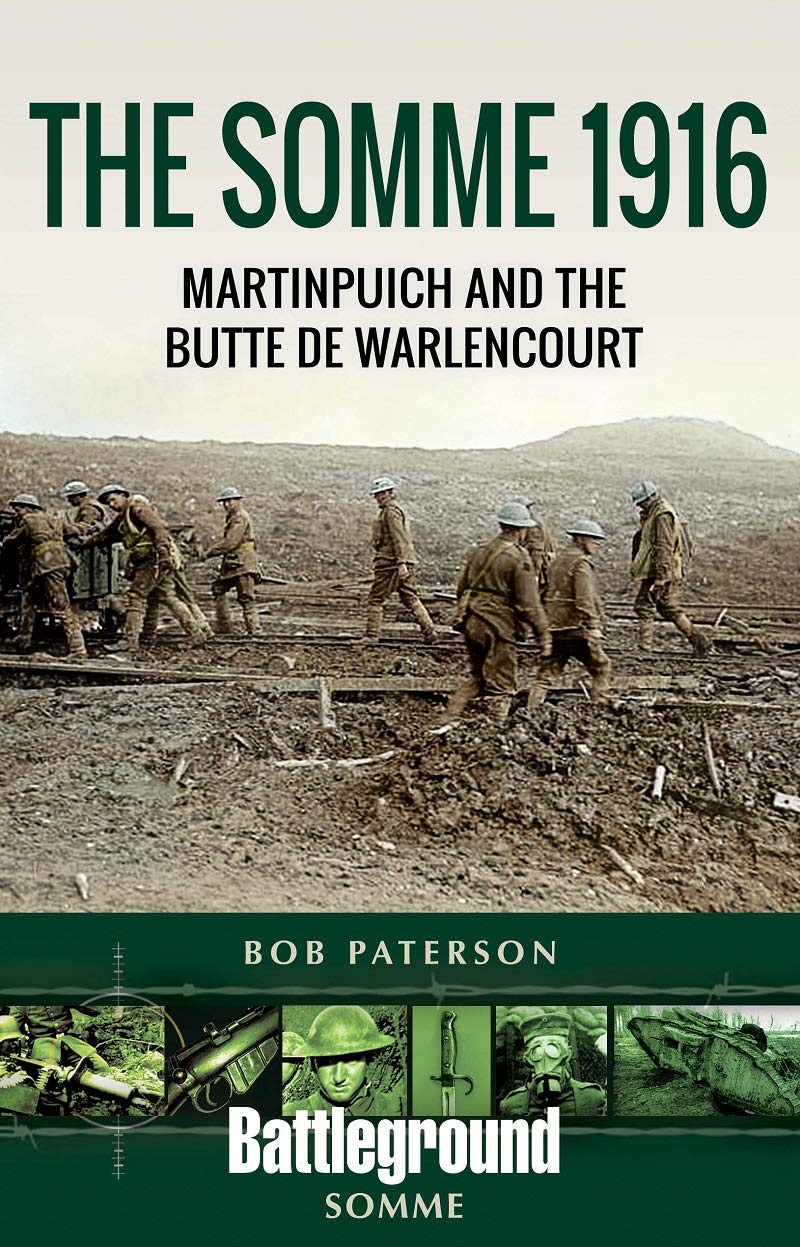 The Butte de Warlencourt (or Warlencourt-Eaucourt Knoll, to give it its alternative name) was an iconic feature of the Somme battlefield in its later stages, as its 60ft bulk rose white above the mud and desolation around it. The Butte offered very good views for the Germans and had been heavily mined, wired and fortified to form a formidable defensive position.

As Roland Boys Bradford VC of the 9th Durham Light Infantry noted: "The Butte itself would have been of little use to us for the purposes of observation. But the Butte de Warlencourt had become an obsession. Everybody wanted it. It loomed large in the minds of the soldiers in the forward area and they attributed many of their misfortunes to it....So it had to be taken."
(Quoted in 'The Somme 1916 : The Strip of Murdered Nature')

The book spans 202 pages, roughly split half into a history and half into a visitor's guide. It begins with introductions by the series editor and author, acknowledgements and then an initial opening chapter setting the scene for the final two months of the Somme battle (September to November 1916). The second chapter extends the picture by giving an account of the taking of Martinpuich, High Wood and the ground between, during the Battle of Flers-Courcelette (15-22 September 1916) - a necessary precursor of the subsequent attacks on the Butte.

Chapter 3 discusses the taking of Eaucourt l'Abbaye as part of the Battle of the Transloy Ridges, and chapter 4 does the same for Le Sars and the ground to either side. There is also an account of the 47th (London) Division's attack on the Butte and the surrounding Gird trench system and an overall reflection on their role in the latter part of the Somme battles.

Chapter 5 then narrates the further attempts to capture the Butte itself in October and November 1916 by the 47th (London), 9th (Scottish), and 50th (Northumbrian) Divisions, with an interesting coda regarding a January 1917 trench raid. This concludes the historical part of the book, and a impressive first foray into military history it is, helpfully locating much of the fighting in its wider context.

The second part consists of a useful short practical visiting guide, two walking tours, and a vehicle (car/minibus) tour of the German sector (i.e. Bazentin-le-Petit and Le Sars up to Bapaume and then north-west to Sapignies and Achiet-le-Grand), followed by a select bibliography and index. Although I have not been able to sample the tours myself, they seem very practical, grounded in the terrain and surrounding views, and full of valuable additional detail. This is especially in relation to features, such as the concentration cemeteries, which of necessity post-date the battles discussed and so do not feature in the main text.

Highly recommended both to the prospective visitor and as a clear and concise introduction for someone seeking to undertand the actions around this sector of the front. 4.5 Stars.