The job of a commander (at any level) could be described as imposing his (or her) intent on a chaotic battlefield. Achieving this requires the productions, dissemination, monitoring and adaption of plans as well as leadership. Supporting the commander’s planning process is what headquarters exist to do. 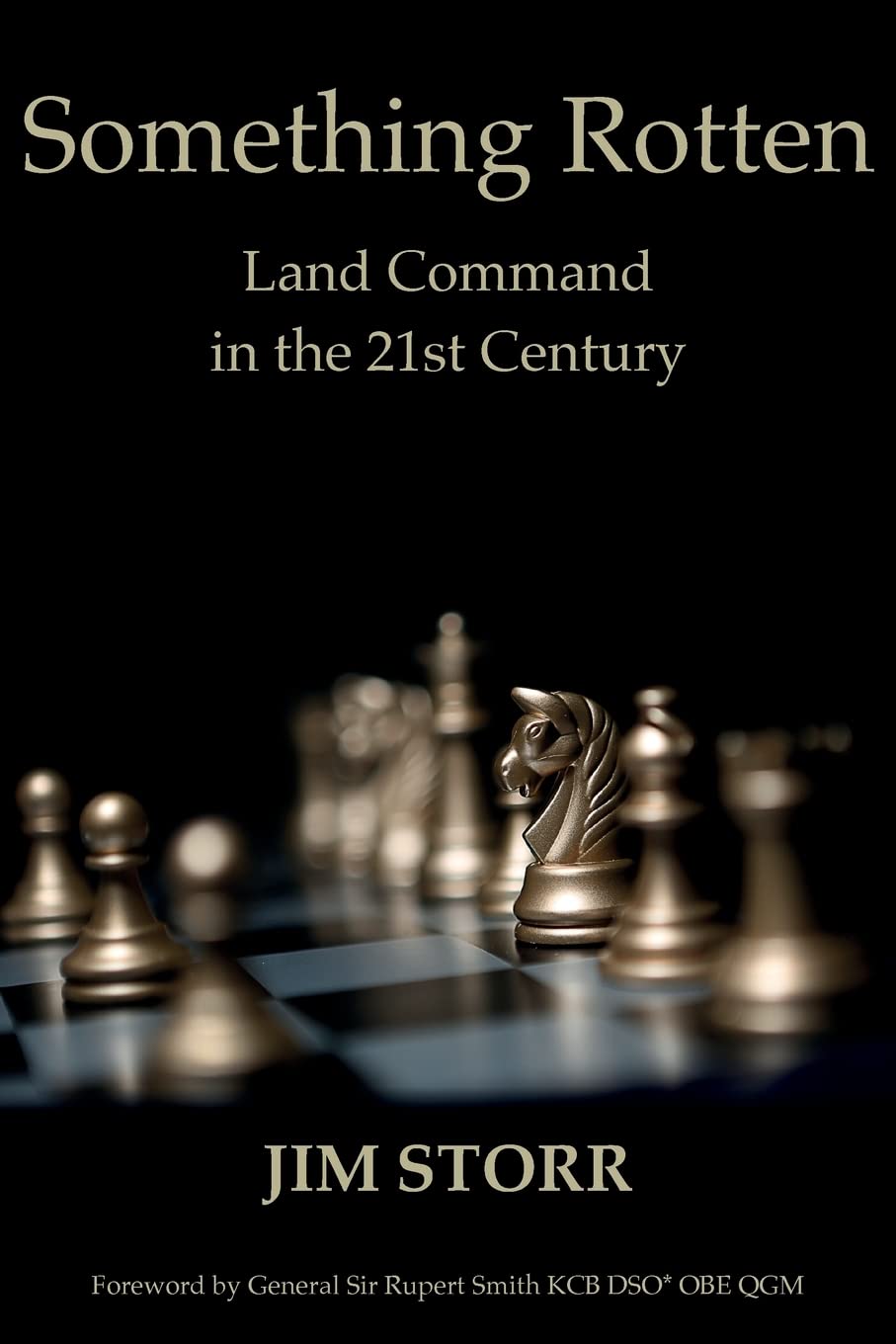 The oddity is that despite the introduction of command information systems (CIS) the size of headquarters has ballooned. A British armoured division headquarters had 36 officers in 1944, and pretty much stayed at that level throughout the cold war. Yet by 1996 it had doubled to 73 officers; the main command post alone contained 250 soldiers (all ranks) and 70 vehicles. By 2009 a British Divisional Headquarters contained 800 people. Ranks have inflated too, the tow colonels that ran a division HQ in the 1990s have swelled to four brigadiers, four colonels and five lieutenant-colonels today. Why? What more is it that they do? What improvement do they deliver?

Jim Storr’s book, Something Rotten – Land Command in the 21st Century, places the organisation of command in the 21st century under the spotlight. Spoiler, it’s not pretty and many serving officers carving their careers out as they ascend the greasy pole are not going to like it. They’re going to struggle to dismiss it though; Gen Rupert Smith wrote the foreword and the evidence that the author cites is compelling and damning. The CIS systems constrain process and delay the product – which in a headquarters is timely, comprehensible orders.

The book is highly readable; clear prose enabled by short sentences. As the author demonstrates, one of the problems of current command is the tortured syntax now common in orders obscuring the meaning of the orders – which of course renders them useless. The structure of the book is logical; it defines the need and then investigates the delivery, or rather the non-fulfillment, and suggests solutions. Commendably the author manages to eschew the jargon and abbreviations that litter military communications while retaining meaning.

The analysis includes glimpses at officer training, positing lengths and the selection criteria for promotion. In perhaps it’s weakest part, Storr takes a swipe at the predominance of officers from “smart” regiments – cavalry and guards – who commanded 1 Br Corps once the supply of commanders with Second World War command experience was exhausted. The preponderance of commanders of an armoured corps having substantial theatre and armoured experience should not surprise anyone. At the time over 75% of the RAC was based in Germany.

It also reviews other nations' command methodologies and structures; it’s noteworthy that the Israeli Army has reduced the size of headquarters and that the (currently) neutral Swedish and Finnish have developed very different solutions to commanding brigades and divisions at war. But then their defence is national, unencumbered by the need to integrate with NATO (often meaning American) systems.

This author focused on the core function of senior officers and headquarters – to command in battle. He could, perhaps, have developed the thought that if the Army’s hierarchy can’t perform its core function it is unsurprising that it also fails to deliver on non-command functions, such as procurement. Indeed he could perhaps have expanded the problems of combat command to look at the problems of central government, but that’s not his expertise. He does make the point that commercial organisations have had to grapple with similar challenges; of course, companies that can’t run themselves go bust.

In the UK the Army is often viewed by public, media and politicians as the operational or crisis management ultimate solution. Rightly or wrongly, military command structures are viewed as excellent. Which, I fear, means that the rest of government is in an even worse state for many of the same reasons. This is a book whose implications cover the management of more than just an army combat formation.

No doubt some currently serving and thrusting ARRSE members will dismiss this review and the book as cold warriors harking back to their heyday. Perhaps. But the (cold War) HQ 1 Armoured Division, commanded by (then) Major General Rupert Smith, which deployed to the Gulf War moved twice a day, generating timely orders and winning with paper maps, voice radio and chinagraph pencils. In the 2005 Invasion of Iraq the divisional orders for occupation of Basra arrived a day after the city had been captured. Nowadays it takes three or four days to set up a (the) British Divisional HQ. If the future is to be network centric warfare (whatever that means) that’s unacceptable.

This book is an important, convincing and compelling challenge to the status quo. Read it.