What a brilliant idea it is the way the reader is introduced to the main players who would pop up as the story unfolds, there’s a potted history of their lives before ,and their careers after the battle, both European, South African and Zulu proved very interesting.

Also the names of the battlefield’s and relevant locations , again in Zulu and British which if you have no prior knowledge of the landscape can be pretty confusing, this along with the excellent colour and Black and White illustrations of the landscape help you understand the difficulties both parties would encounter, more so the British Army as the Zulu were playing on their home turf and could instantly work out what and where the British , especially in the retreat were making for as the encircling “Horns of the Buffalo” was being developed by the Zulu commanders over such a large area.

Having all this information along with the time scale , allows one to pinpoint a certain movement and the knock-on effect this has on both the battles; Islandlwana and Rorke's Drift, giving one a better understanding of the opposing forces and when and why they took such actions on the day as it unfolded. 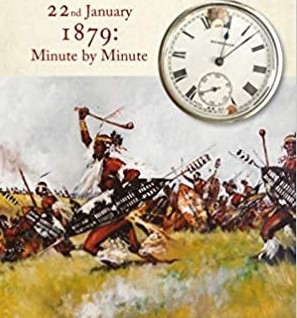 The battles themselves are so in depth and detail that one can feel that you are actually on the spot watching it unfold all around you, again the time reference is invaluable , showing how some “On the spot decisions “ were disastrous while others were heroic but futile owing to the confusion and lack of a strategic planning as the battle, especially Islandlwana unfolded.

The inability of Lord Chelmsford to actually sort in his mind any of the information as it arrived at his HQ at Mengani Falls, could not be believed , having fought against other tribal armies and his steadfast belief in the unsurmountable fire power of the British Army, was such a shock, he just wouldn’t accept what was actually happening. Lt Col Pulleine was in fact, trying to defend the camp as to Chelmsford’s battle plan, but seeing as he had taken half the force with him, at a stroke it left gaps in the original firing line and Pulleine in trying to extend his remaining companies thinned out the rifle fire that in the end the line was broken and the battle lost.

Anyone interested in this Famous Victorian campaign and would like to be an authority, then this is the book to get him there! Awarded five well earned stars.