So you’re thinking of buying a roof tent to stick on your 4x4. They look cool, people with Landrovers use them for crossing deserts and stuff. It is the ultimate accessory for the “look I go on adventures” brigade.

Roof tents appear to have had a massive boost in popularity recently. It might be just me, but I’m seeing them all over the place. I live in the Lakes and most journeys you spot a blinged up Defender with a big box on the roof.

Mini even offer a very overpriced branded roof tent as an optional extra.

Well these are undoubtedly good. You get a proper rugged canvas tent which will obviously last a lot longer and outperform a cheaper tent. Proper adventurers like them because they lift you off the ground where you are less likely to get eaten by a lion or other wild animal.

They are quick to erect and take down. You just take the cover off and unfold it in one swift move. Four pegged out guy ropes (only really required in rough weather) complete the set up and you’re ready to go. It even has a memory foam mattress built into the floor. You don’t need roll matts or inflatable air beds or anything.

Kids will undoubtedly love it. There is definitely massive novelty value in climbing up a ladder and sleeping on the roof of your car.

With the world in a pretty shitty state at the moment, foreign holidays are generally off the cards. We were supposed to be heading to Gran Canaria on Thursday but that ain’t happening. Camping in the U.K. it is.

We have a few tents already but my neighbour has a roof tent and kindly lent it to us. No idea what brand it is, there are no labels on it anywhere but for the purposes of this review it doesn’t really matter. The concept of these tents is pretty much the same regardless of brand. Some pop upwards out of a streamlined roof box, the type we’re using folds out and has a waterproof cover for when it’s stowed.

Either way, it’s a tent on the roof of your car.

Of course the novelty value attracted me to it and the idea of being able to put it up in under a minute when we get to a beauty spot. No messing with poles or anything here. In theory we should also be able to carry less gear because it has a built in mattress. Valuable space inside the car will be saved by not having to carry a tent or roll matts / mattresses.

Prior to any trip I like to test out my set up to avoid any unexpected surprises. Last night I fitted the roof tent and me and the sprogs set off to a quiet corner of the farm to spend the night in it.

It performed exactly as expected, easy to put up, reasonably easy to take down. Comfy and spacious inside. The kids loved it, sitting on the roof and watching the sun go down was great.

Except I still wouldn’t buy one.

As the night wore on I started to have a real think and realised there are quite a few good reasons not to bother.

1) Cost. These things cost an absolute fortune. Starting at about 800 quid and going up to thousands of pounds. I’m not completely sold. For comparison, the OEX Jackal III back packing tent I reviewed last week was 89 quid. Internal space in the OEX is largely the same.

2) Storage. When you aren’t using it you have a giant 1.5x1.5 ish metre box that you have to find space for in your garage. Again, compare this to a normal tent which you can just stash in a cupboard.

3) It’s heavy and a pain in the arse to fit to your car. Obviously you need a decent roof rack for this thing. It’s a two man lift to get the thing on there and then a good 45 minutes fiddling with bolts to secure it.

4) It will completely kill the fuel economy of your car. I’m yet to properly test this having just driven down to a field on the farm, but my experience with a supposedly streamlined roof box tells me I’m gonna be spending a lot of time at the pump.

5) The thing that makes this unique and fun is the thing that also makes it a massive pain in the arse. It is on the roof. To get in and out you have to climb a ladder. Need a piss in the night? You’re undoing a load of zips and stumbling down a ladder in the dark with no shoes on. Any time saved by being able to put it up and take it down quickly is lost when you have to empty all your kit out of it in the morning. This is a two man job again, someone needs to be in the tent passing stuff down to you.

6) The internal storage you’ll save inside the car isn’t actually worth writing home about. This comes with a big tent extension which we didn’t use this time, but for extended trips you will want it. The extension comes in its own separate bag which is about the size of an infantry bergen which will take up most of your boot. Also because you’ve got the tent on the roof, you can’t fit a roof box, losing more valuable storage space.

So the only real benefit I can see here over a standard tent, is the fact it lifts you off the ground and you won’t get eaten by lions.

Not really a massive problem in most parts of the U.K.

Great fun but a decent 3 man backpacking tent and a roof box is a much better bet for 99% of people. 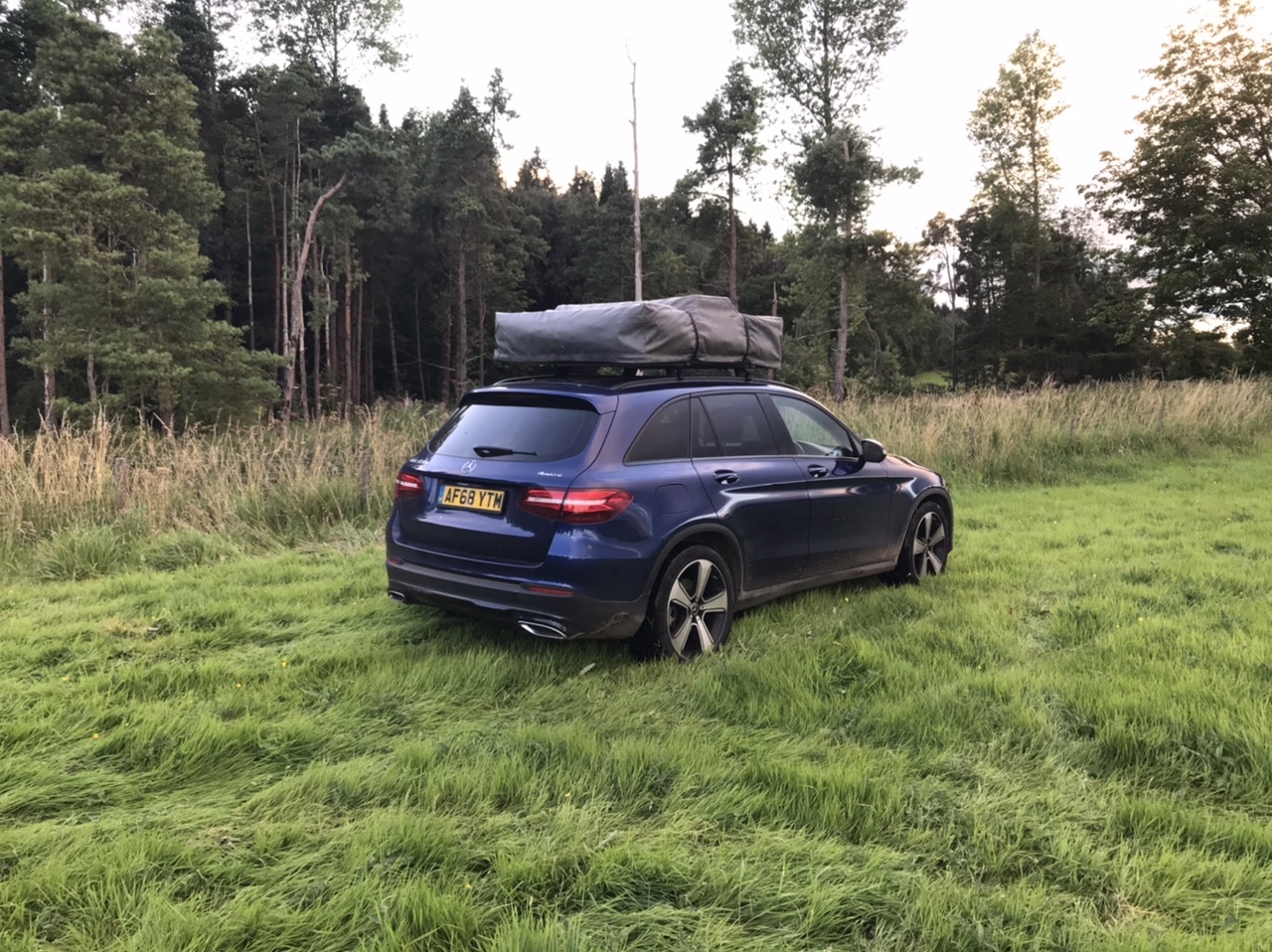 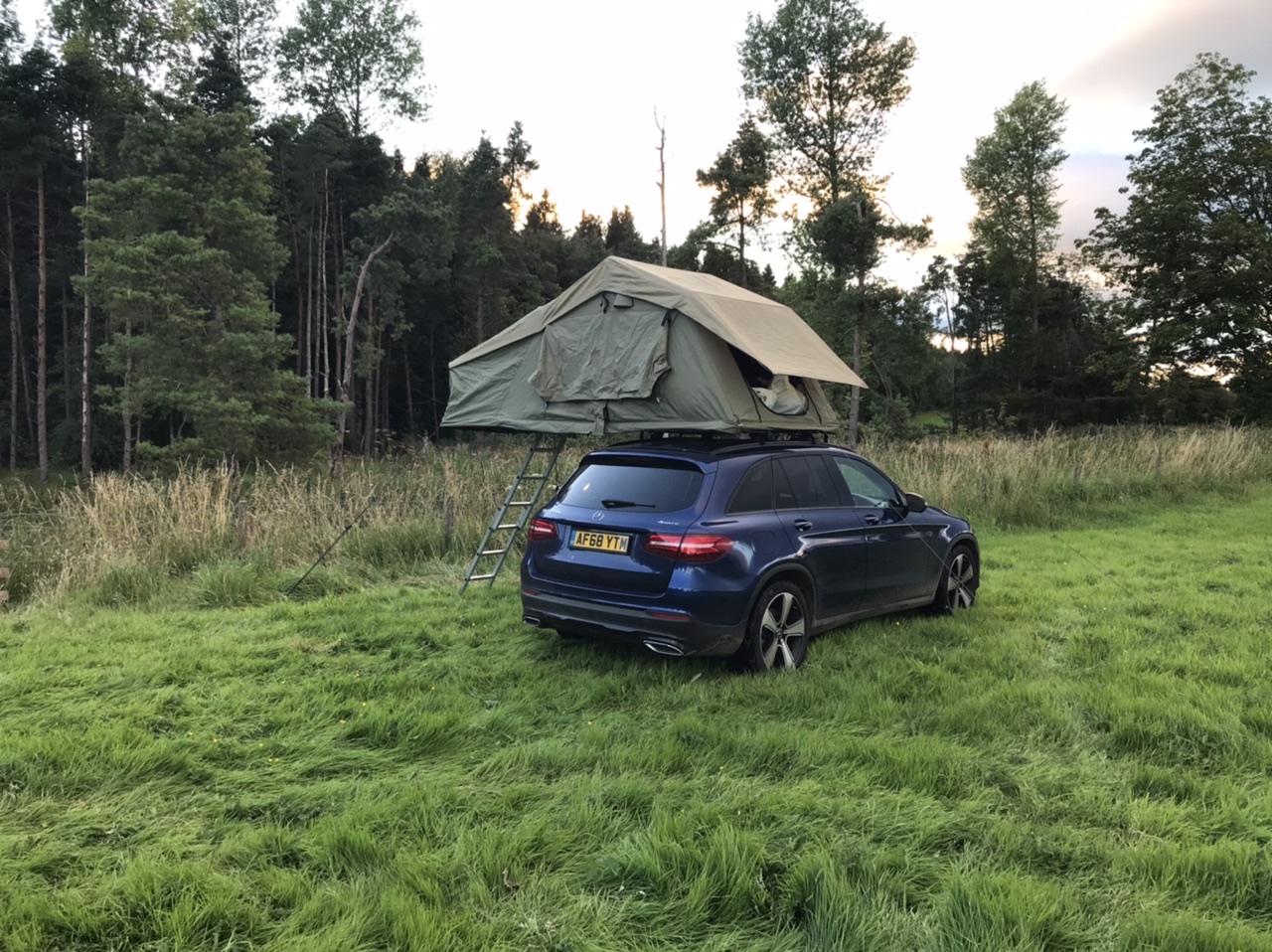 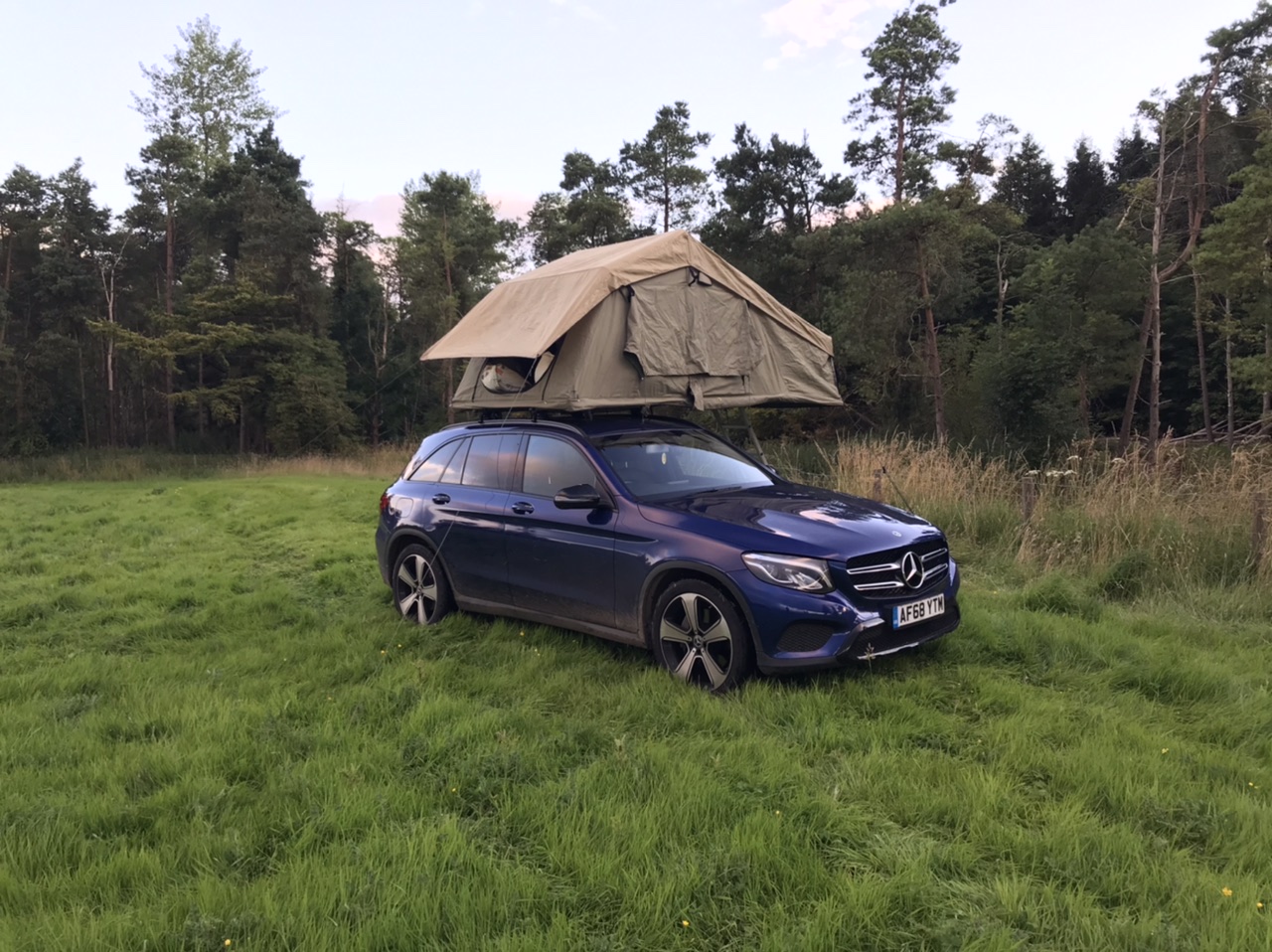 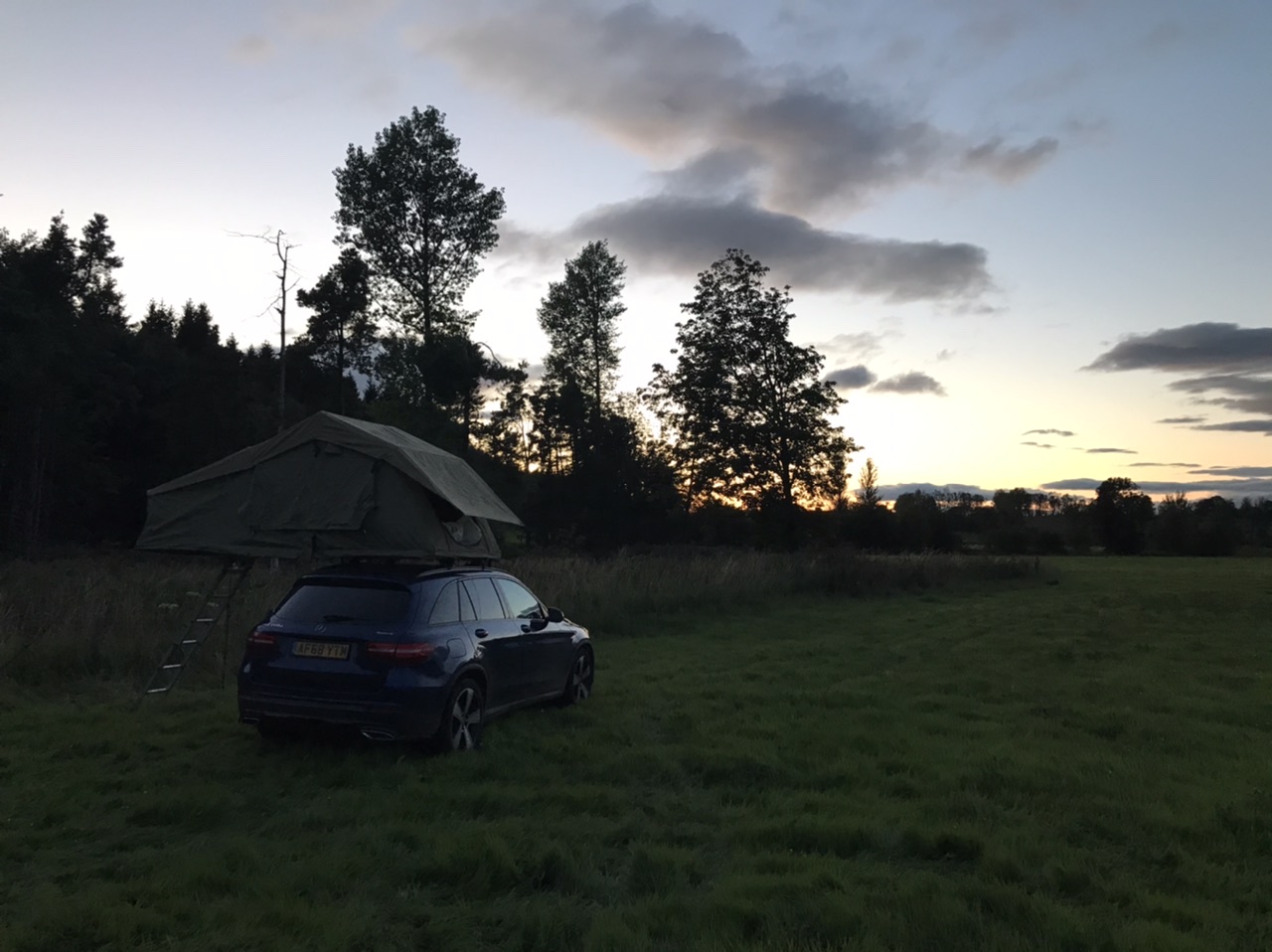 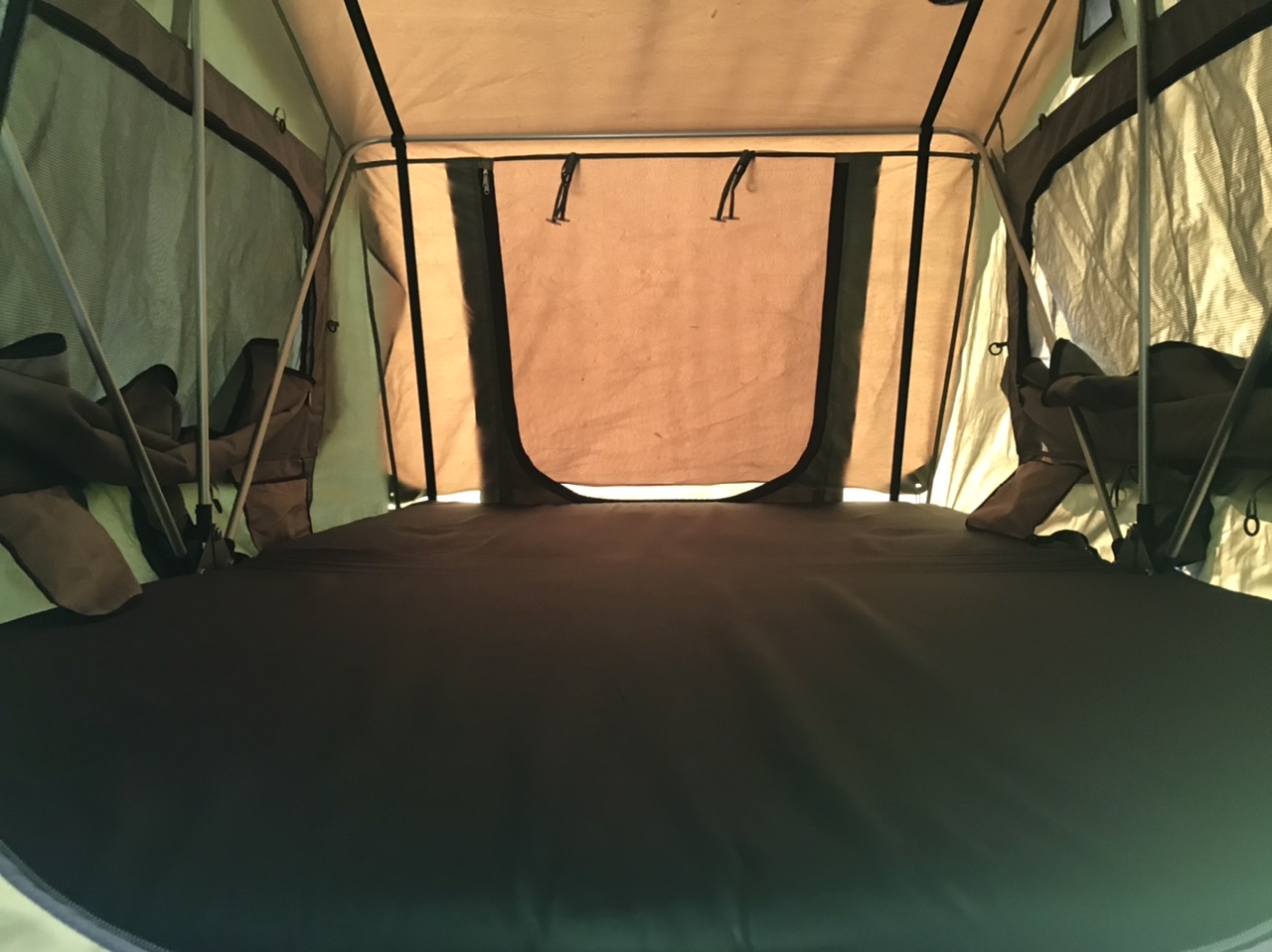 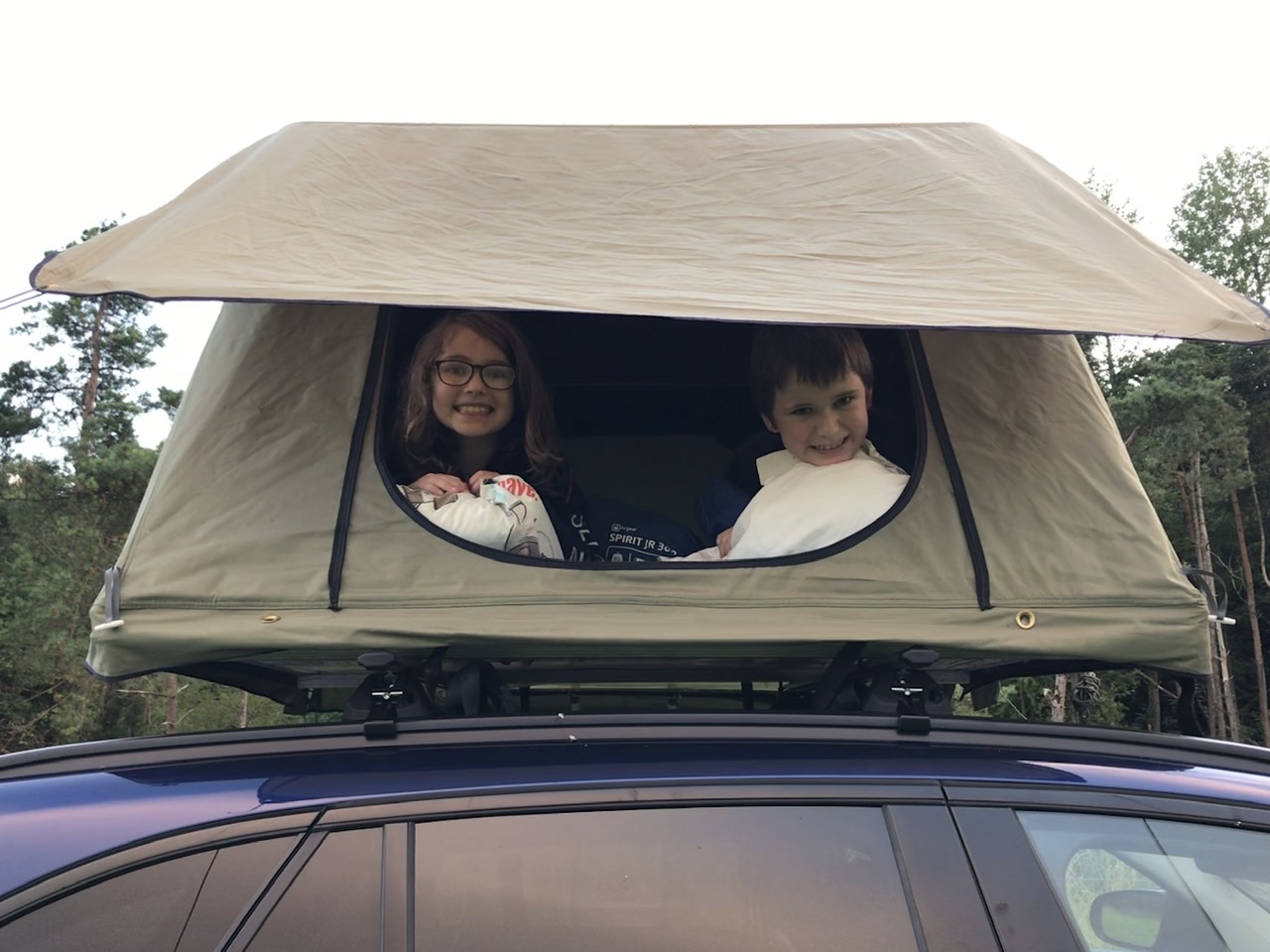