This is a thorough account of 'Black Bob' as Craufurd was known. A professional solder, and an MP for a period, he lived a full life in and out of the military. Joining the Army at fifteen as an ensign, he saw service in India, Ireland, the Netherlands, Argentina and Spain. Additionally, thanks to his competency and German language skills, he twice served in diplomatic posts (with a heavy military slant) in Europe. Fletcher explains all of these in good style, bringing to life the image of a thorough and competent soldier who did make mistakes but also took advantage of the tactical opportunities presented and knew his business.

In addition to the well-known events of his life, his very loving relationship with his wife is examined through previously unpublished letters and Fletcher well shows the pain that the Craufurds experienced during his long absences. His mental health, as evinced by his renowned mood swings, is also explored; there have been a number of theories put forward in this area over the years and Fletcher makes a good case for his own proposal. Interestingly, the continual concern regarding the family finances and Craufurd's worries about this are written in a clear and sympathetic manner;it's easy to stereotype senior officers in this era as being rich (as advancement was purchased) but the example here shows that this was not the case. 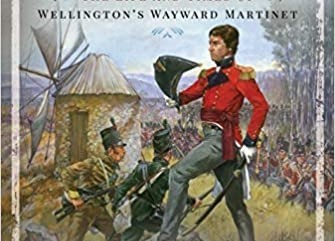 To say that this is a detailed biography of Robert Craufurd' is an understatement of the first order. Fletcher, an experienced historian and author, has really pulled the stops out when it comes to the research. No stone has been left unturned and you do get a real sense of Craufurd the man as opposed to the rather easy stereotype of the military martinet (as has appeared in the Sharpe novels). This is the one area where I had issues with the book – there is that much detail that, at times, I felt slightly overwhelmed by it all and had to take a break. It's not a bad thing, it's just that this is definitely not a coffee-table book to dip into occasionally.

Any student of the Peninsular War and the wider era should read this book – it brings to life one of the more complex characters in Wellington's Army and removes the myths and stereotypes that have built up around him. Unless someone discovers a treasure trove of information about Craufurd that Ian Fletcher has missed, I would argue that this is the definitive work. If you're a young officer in The Rifles, I'd pick up a copy as I sense that this will provide a useful reference for future education (as awarded by the Adjutant).