John Lambert (1927-2016), technical draughtsman, sometime RN stoker and later policeman, left a vast collection of beautiful detailed drawings featuring the armament of our small ships in WW2, drawing on both official and Vickers sources,with the assistance of the NMM. He had the model maker in mind for whom the necessary clarity of upper deck equipment could likely not be obtained from photographs.

The editor (who already had a nibble at this subject in 1979) has collated these into a 176 page assembly relating to destroyers. Some armaments, such as the ubiquitous twin 4" and certain Bofors variants that can be seen on board HMS Belfast, are relegated to a future follow-up volume covering escorts (including Hunts) and minesweepers.

The drawings are preceded by the editor's erudite and lavishly illustrated 53 page summary of the development of our destroyers and their weaponry, from the WW1 legacy ships to the Battles and C-class Emergency destroyers that entered service towards the end of WW2. Part of the story is how we were always behind the curve regarding AA fire control, to my mind because those in charge of planning our warships completely failed to anticipate likely aircraft development and rather assumed, without looking out of the window as it were, that other people's aircraft were at the same state of the art as those of the RN. The difficulties of planning upgrades during the war meant that almost no two 'sister' ships ended the war alike. In all cases these improvements meant extra sailors crammed into accommodation some of which space had had to go to the new kit. As a nitpick, the cut between metric and centimetric radar types was for me not always clear.

Although the focus is on WW2, many of the ships and their kit continued in service for another quarter of a century, allowing this reviewer to have personal experience of such as a destroyer torpedo firing, the 4.5" single mounting, and Squid. Besides a picture of the title page I attach one of a Bofors firing in the Tasman Sea in 1968 (and we still had senior officers who didn't understand air defence).

Will it fit your bookcase? 11 1/2" x 10". The presentation by Seaforth is superb; my rating reflects the fact that the detail is so fine grain as to make the book a bit niche; but that doesn't fairly reflect the service Seaforth have done in publishing this material for future users.
Amazon product 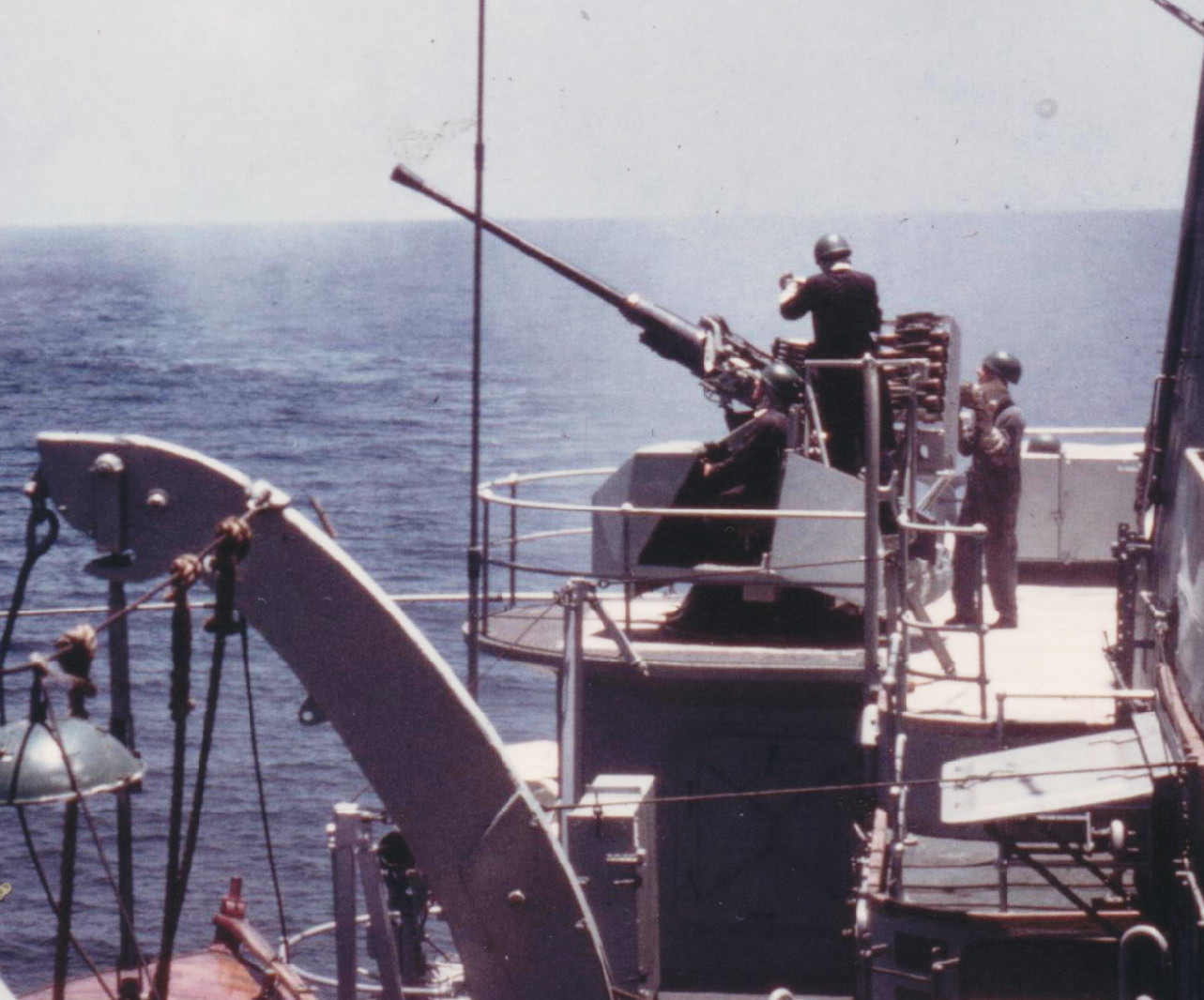