During Covid I’ve been trying to get the kids out the house as much as possible. Bike rides, walks, den building in the woods, wild swimming, we’ve done it all.

Now I own a lot of tents. Over the years I’ve managed to gather up some freebies for doing reviews. They’re mostly tiny 1 man coffins for serious mountaineering. In a failed attempt to slowly ease the missus into camping we bought a massive palace with 3 rooms. It’s bigger than flats I’ve lived in.

Our go to tent over the summer has been a big single skinned teepee that I got from Tesco a few years back for the grand sum of 25 quid. It’s great. Tons of space, looks awesome with some mismatched blankets and cushions chucked in there.

It comes with its downsides though. It’s massive. You aren’t lugging this thing far from your car. It’s also not very waterproof at all. A recent adventure confirmed this when I awoke with the entire bottom half of my doss bag in a puddle.

For a while now I’ve been thinking about getting something a bit more suited to the Cumbrian climate. The kids are old enough to start hitting the hills now and I wanted something big enough for the 3 of us (and maybe the missus if I can convince her).

We hit Go Outdoors to have a look at what was out there. I like it there, they have an outdoor area where the tents are erected. You can actually see them and climb inside, which is infinitely better than pictures on a website.

3 tents stood out that ticked our boxes. This OEX Jackal, a Vango something or other and a red Berghaus one that had faded to pink, obviously having spent a good few months pitched outside.

Of the 3 the OEX was the cheapest by quite a long way (on sale at 89 quid). It also had the most internal space and the biggest porch. Important for us as we may occasionally use it as a 4 man tent (see above regarding wife).

It was a no brainer really. It’s also olive green so nice and discreet when we hit the hills.

Being a responsible parent, I decided against christening it with two sprogs in tow, up a mountain in the middle of nowhere. If it turns out to leak badly or something is missing, a fun time wasn’t gonna he had. So we found a picturesque spot on the farm and pitched up for the night.

Putting it up for the first time is quick and easy, I had it done in about 6 minutes. The inner sheet is separate to the fly sheet and this was a little fiddly. Moving forward I’ll just leave it attached which will make putting it up even quicker. It’s like this so the tent can easily be split between 2 or 3 people if you’re walking together. You even get two waterproof canoe sacks, one for the inner and one for the outer. A nice touch which means 2 people can happily carry it strapped to the outside of their rucksacks.

Having said that this things is by no means overly heavy or bulky for a single person to carry. It weighs in at just over 3kg and packed down is about the size of a rolled up pusser’s issue roll mat. It’d easily fit on the side of a Bergen in place of a side pouch.

Anyway all irrelevant on this trip because we drove up in the Landy and camped next to it.

As I was putting it up I noticed lots of nice details on this tent. Anodised aluminium rings for guy rope tensioners instead of your usual plastic, metal poles, nice thick pegs, anodised loops for the ends of the poles to sit in.

This feels like a quality piece of kit and I’m still not entirely sure how they can make money selling it for just 89 quid (minus 10% forces discount).

Once erected we settled in for the evening, whacking on the Jetboil for some hot chocolate.

There is a spacious porch for cooking and admin and it has a built in groundsheet which is attached to the inner. You can roll this away if you want, but I found it really useful to have a nice dry spot for storing boots and our bag.

The inside is more than big enough for me and the sprogs. The missus could squeeze in too for the odd single night adventure, but it’d be a squeeze for prolonged periods. The space inside is more useable than other tents I’ve looked at as the footprint is roughly rectangular instead of coffin shaped.

My only criticism is the door stowage. When you roll it up it doesn’t secure very well and one side sags down. I suppose in the grand scheme of things this is me just being picky. Also in the morning I found it difficult to open without the rain and dew dripping into the porch and on to me.

It rained a little last night and we stayed perfectly dry. It was also quite windy and it felt nice and sturdy. I’d have no hesitation in taking this out on the fells. The hydrostatic head of 5000mm exceeds most other tents and puts it firmly in the same league as serious mountain tents.

All in all, very happy with this. Serious bargain. I think you’d struggle to find a better 3 man tent for even double what I paid for this.

Cant wait to hit the hills with it. 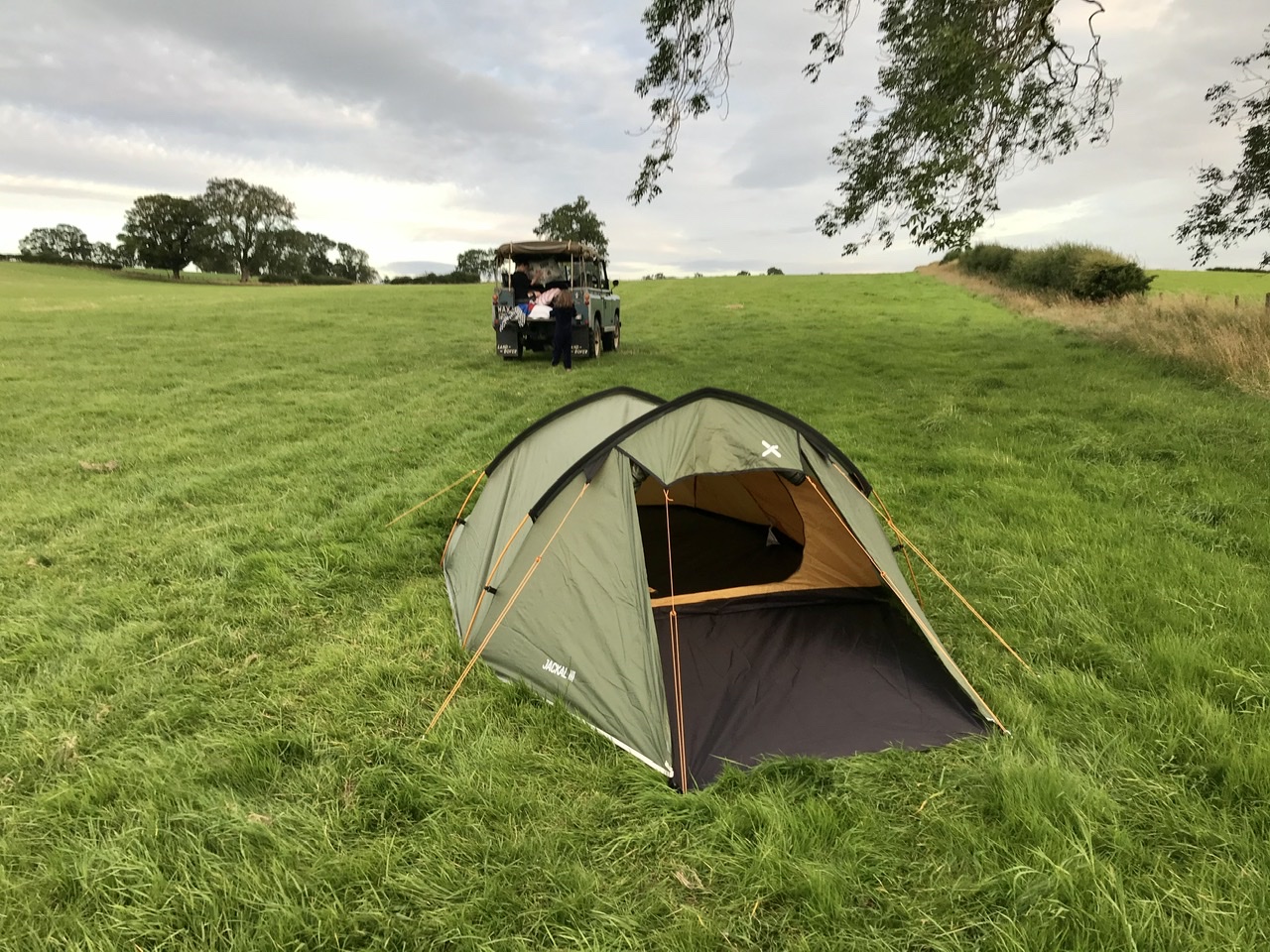 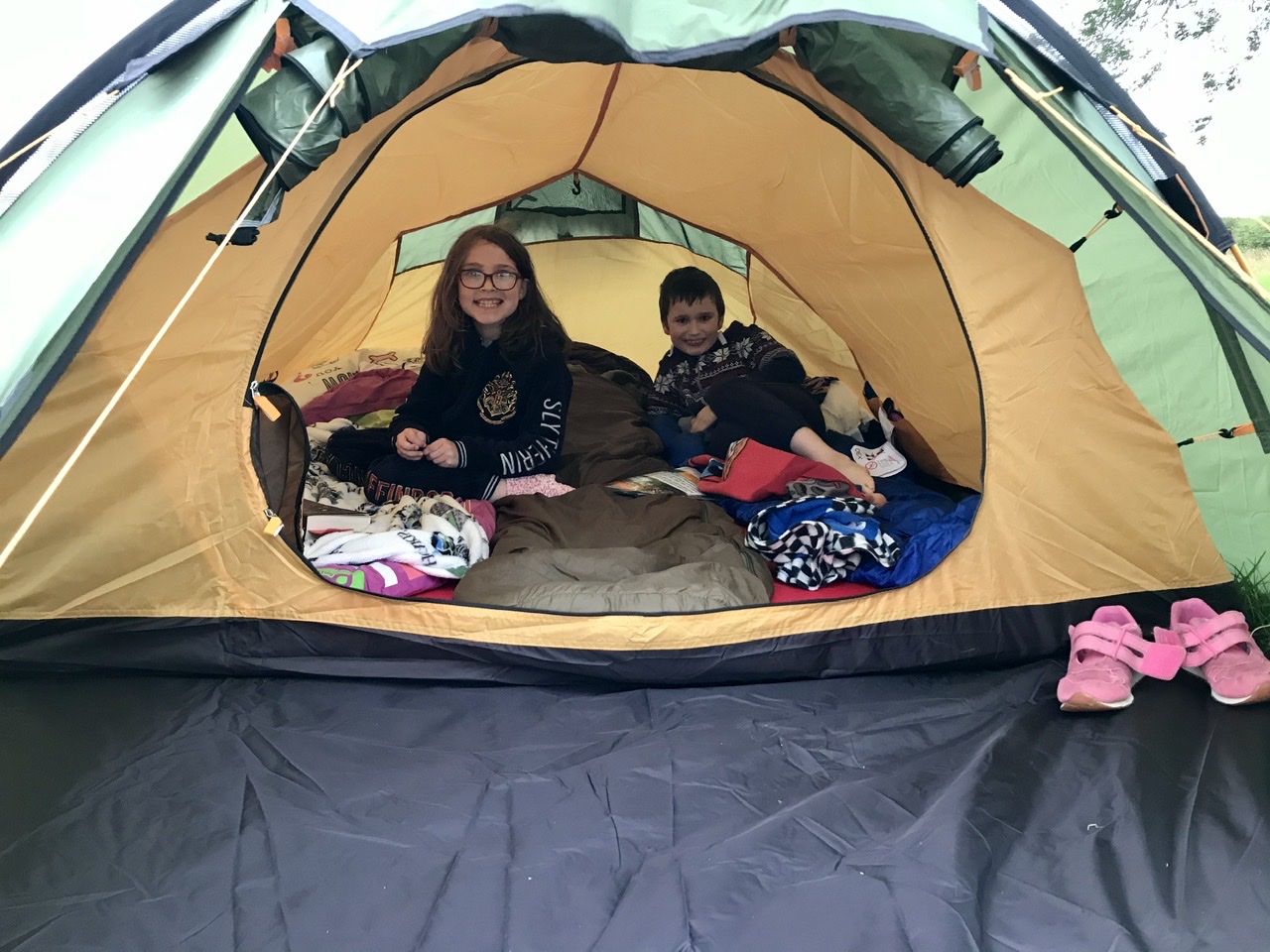 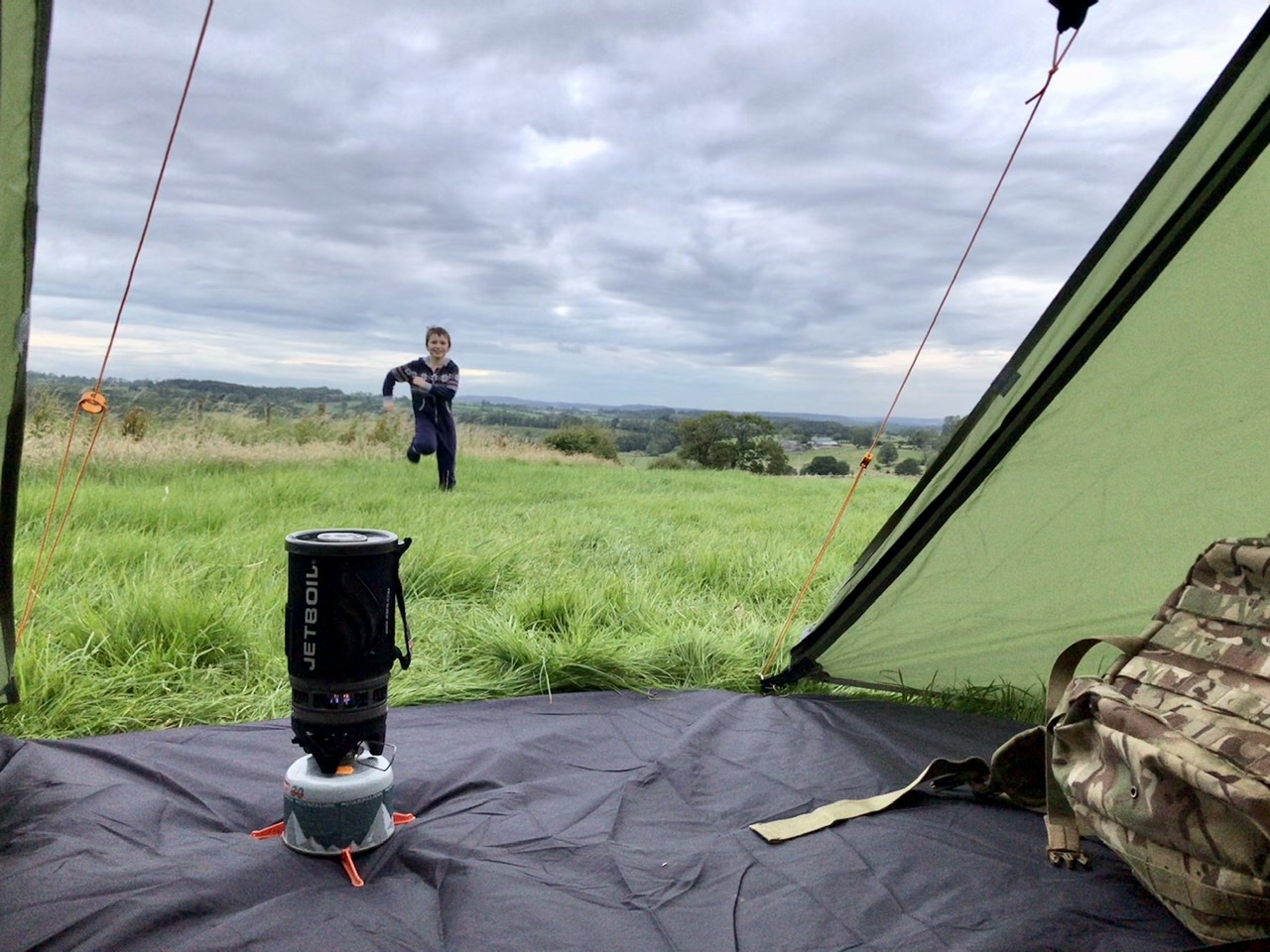 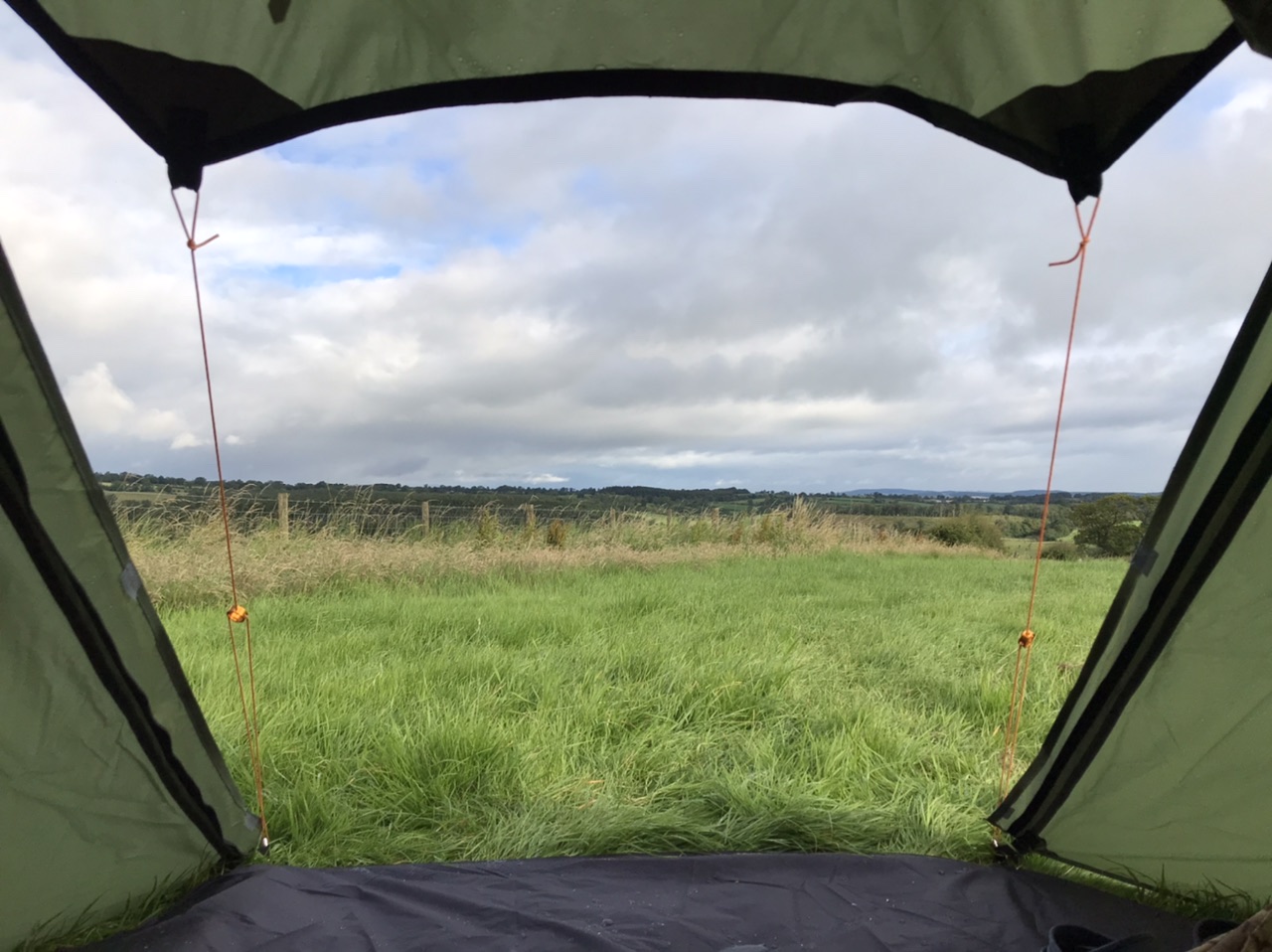 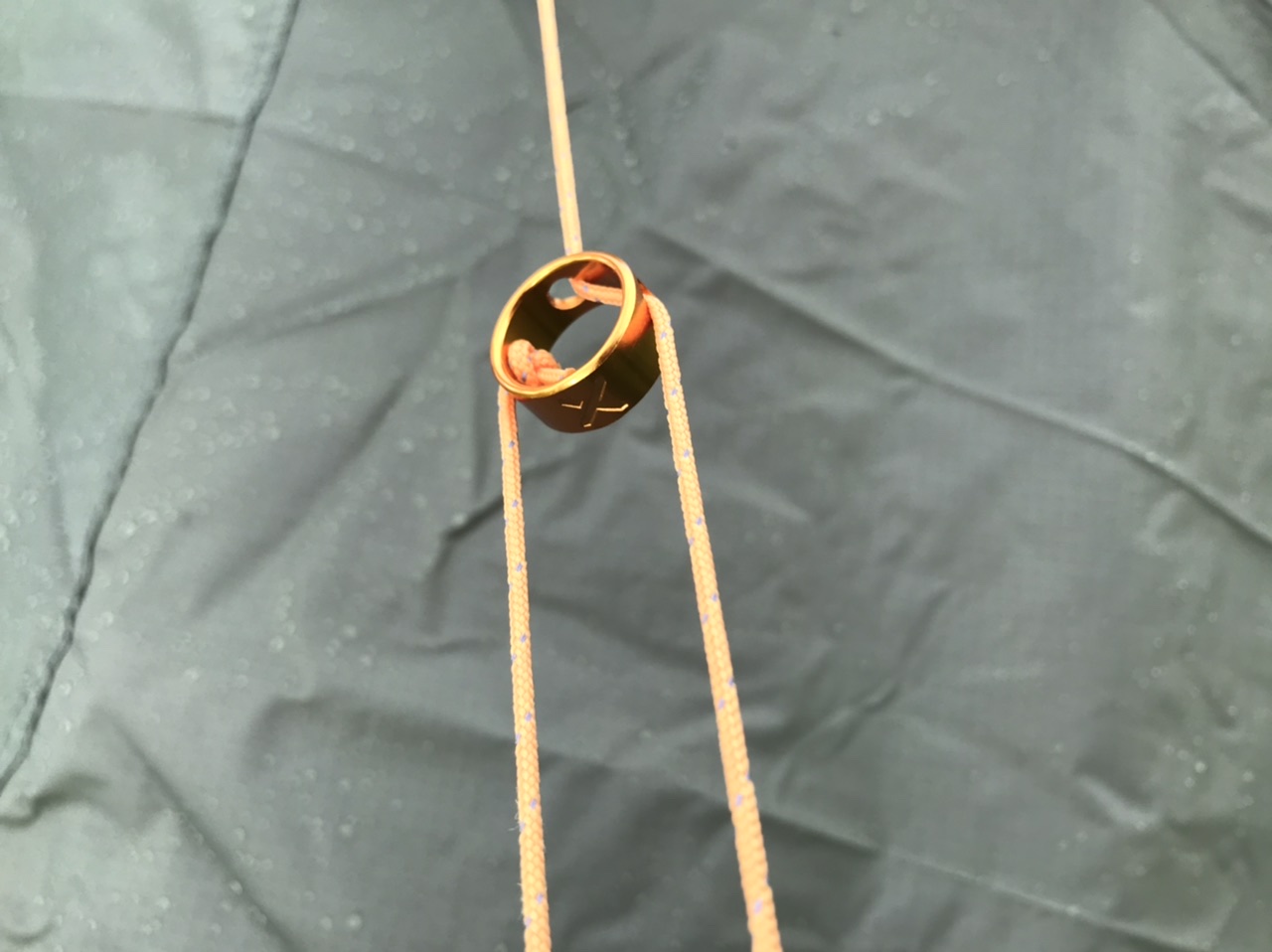 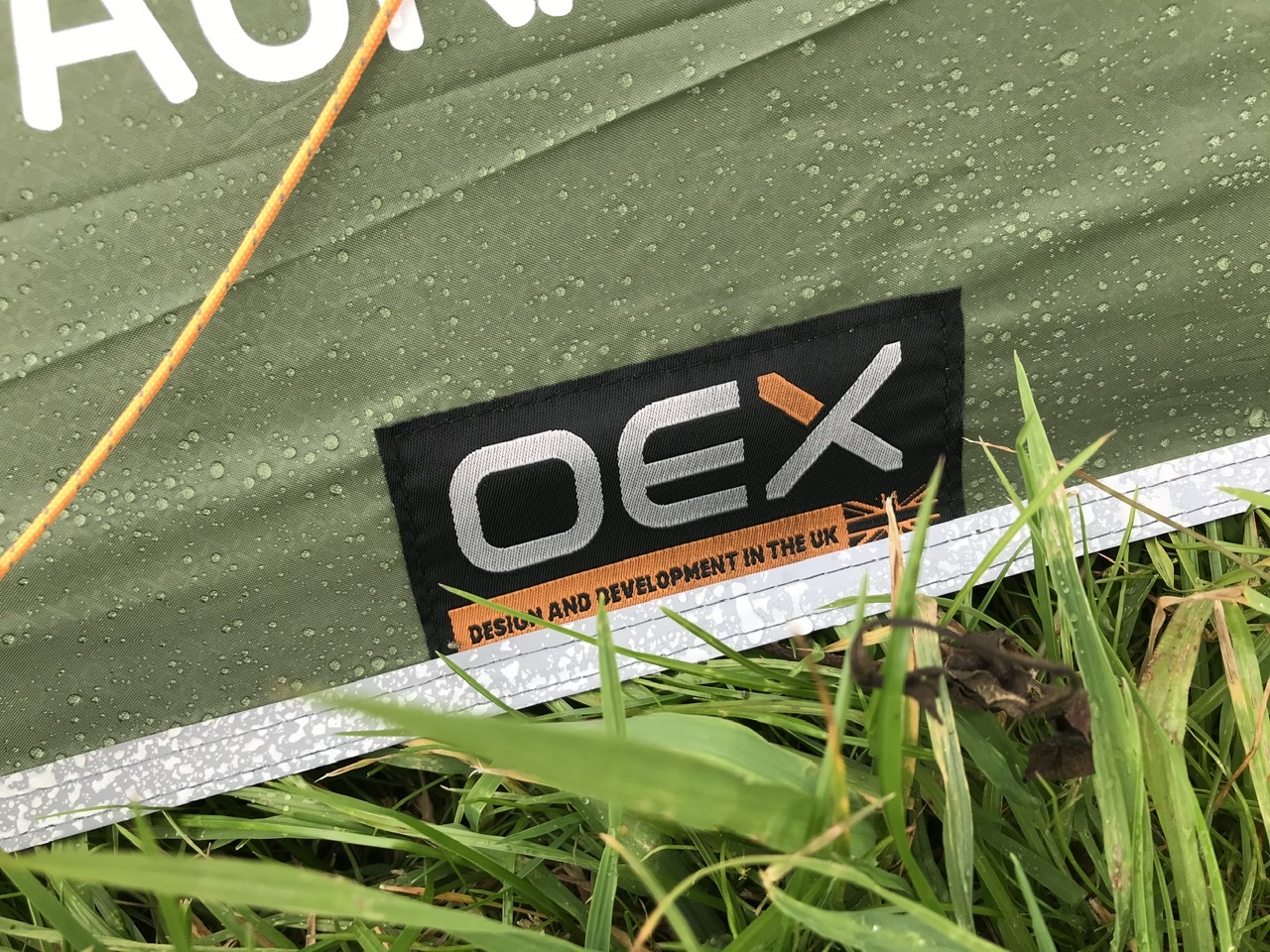 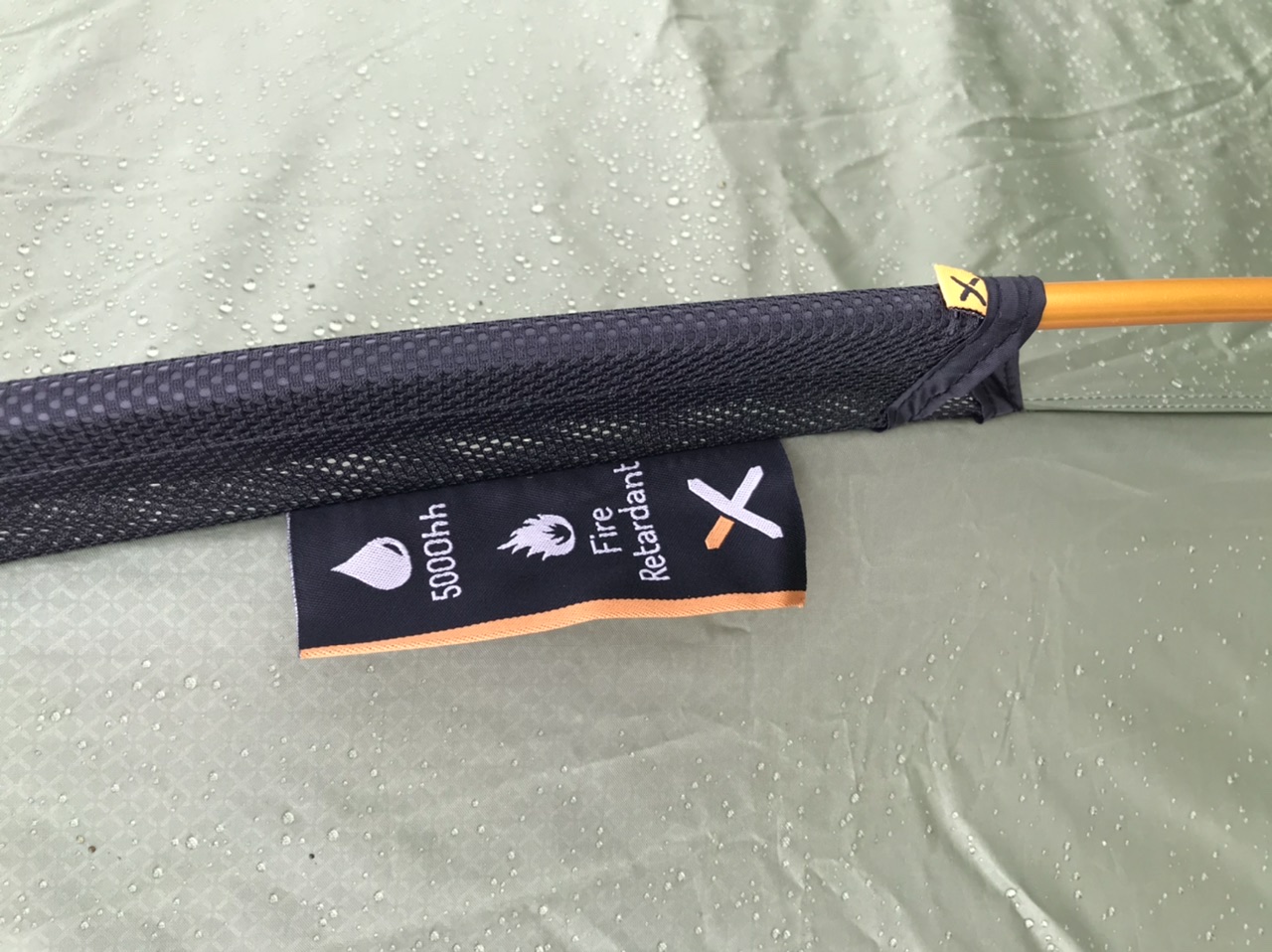 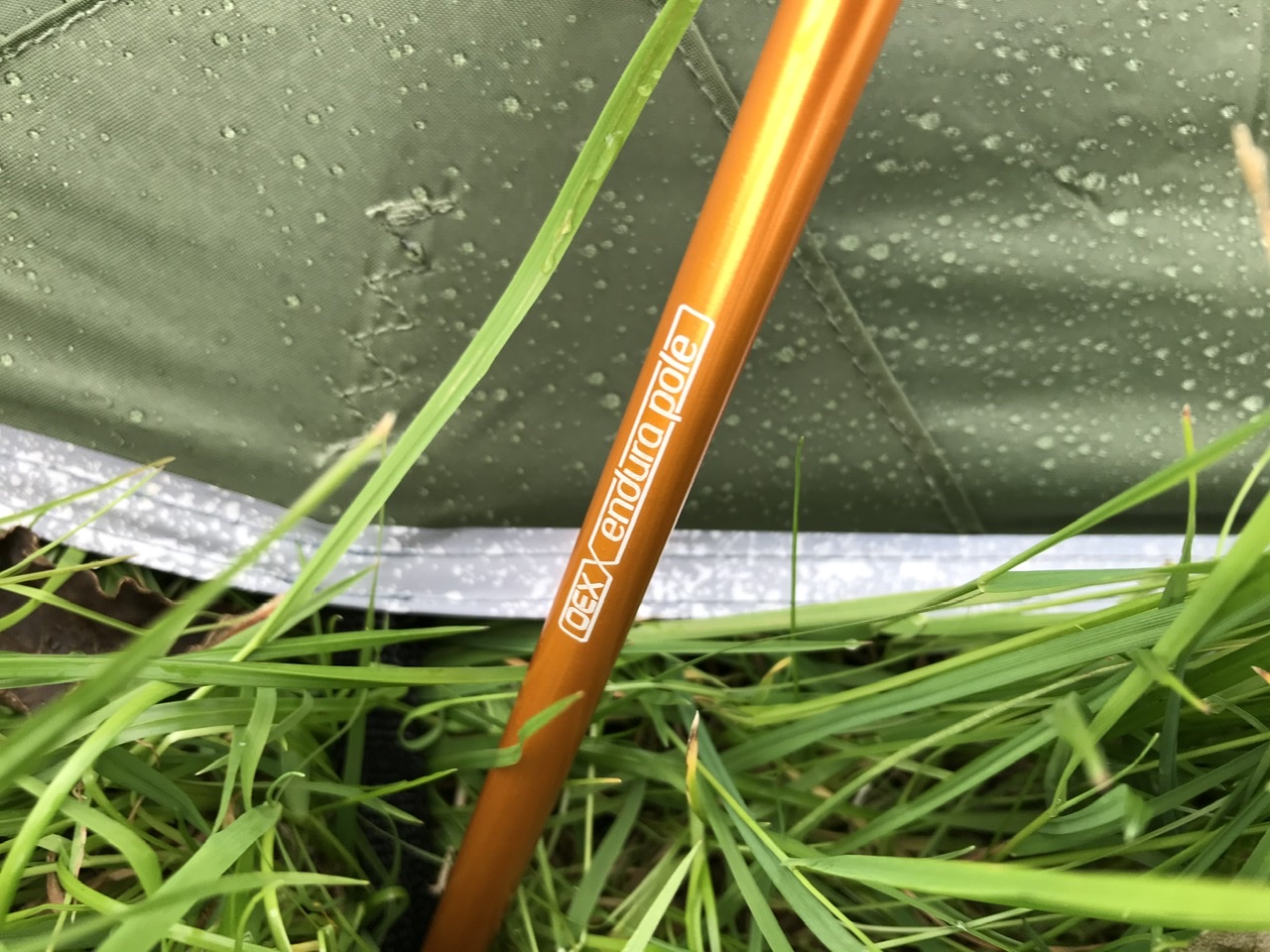 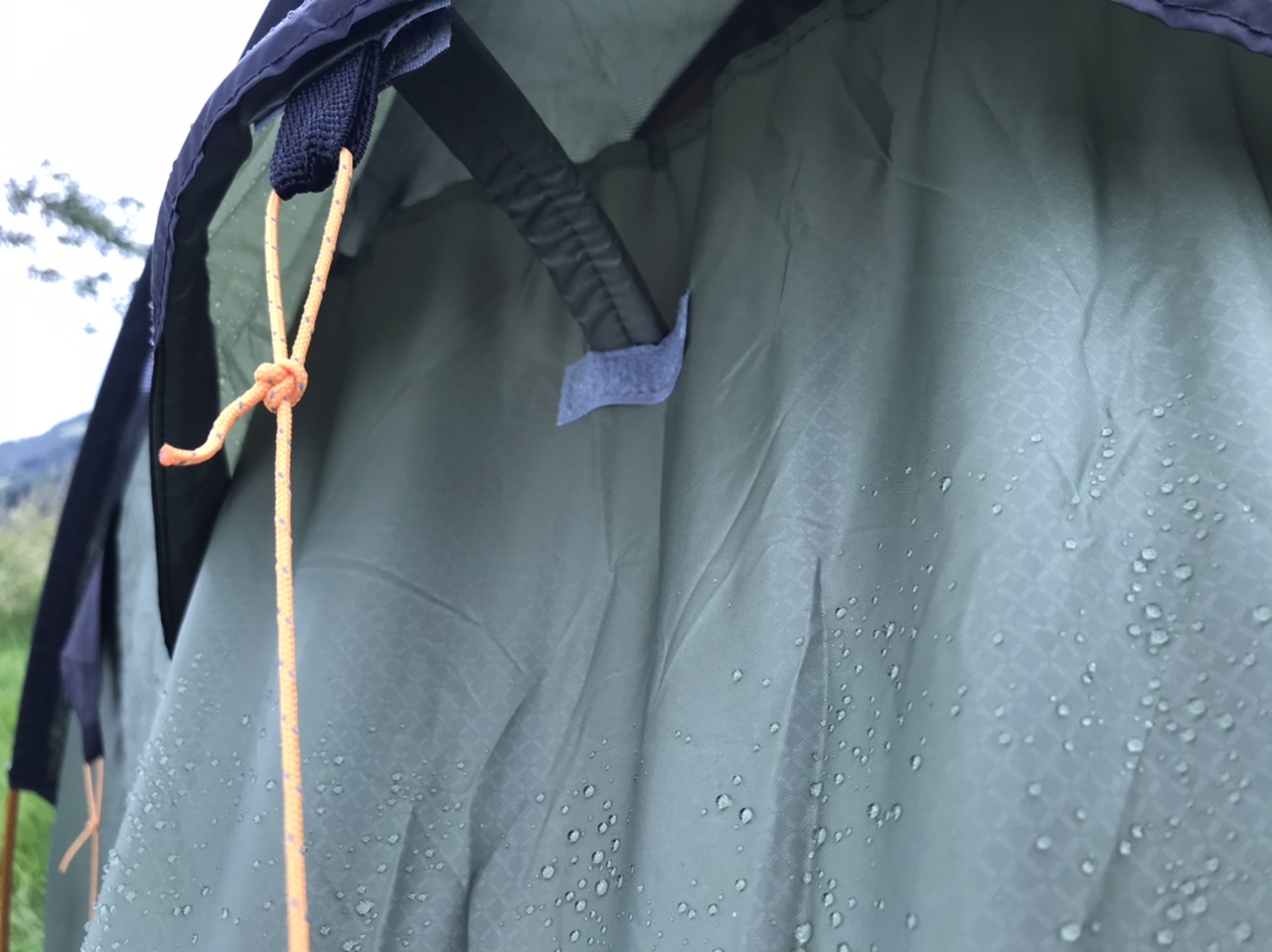 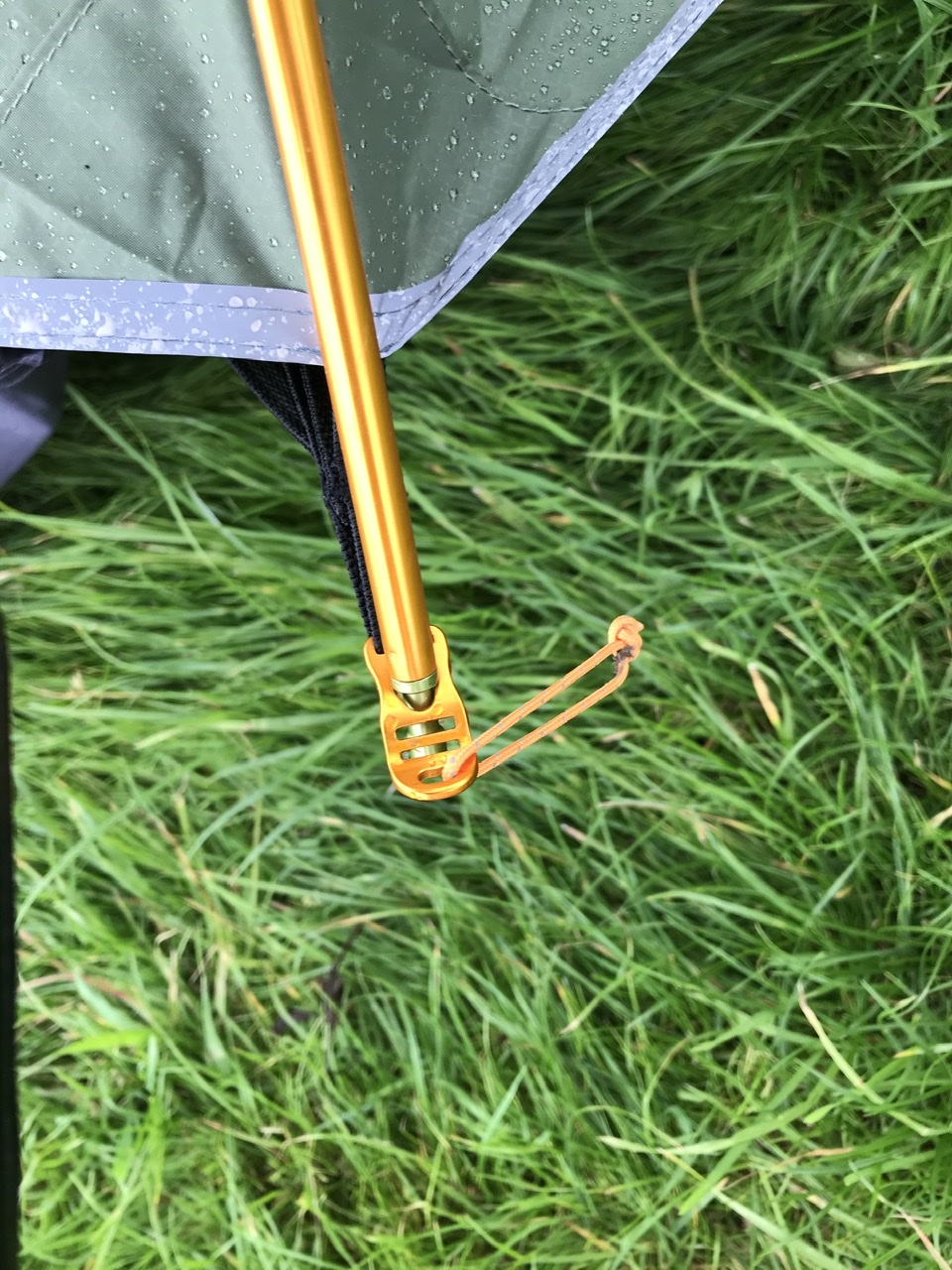 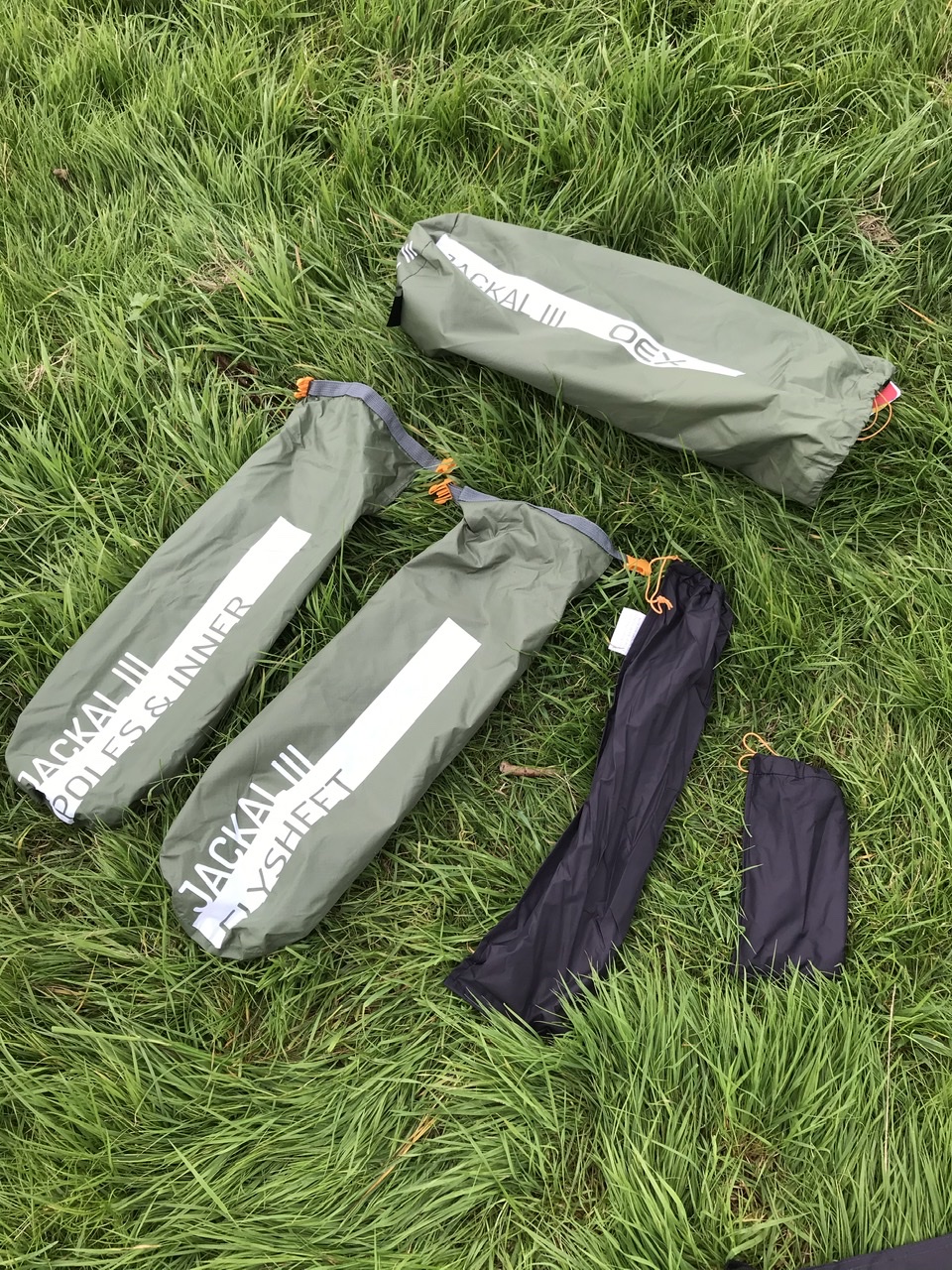