Written by Finnish historian Ilkka Syvanne , this book details the turmoil in the Roman Empire through the prism of the Army and Navy between 395AD and 425 AD, and is the third in a series of five books covering Roman military history from the late 3rd century to the mid-7th century. It happily stands alone as an independent volume however; the thirty years covered are a fascinating period; almost continuous civil wars, unrest and mutiny in the provinces, the sack of Rome by the Visigoths and the eventual rise of the East Romans.

Published by Pen and Sword, the volume reviewed is a 356-page hardback book. There are a wide array of relevant and clear maps, diagrams and charts interspersed throughout the text along with a largely pointless colour plate selection of cartoonish representations of different uniforms. The book is structured in an orthodox chronological manner, and is extremely well referenced.

It’s also very detailed and not what I would call an entertaining read. In fact it would be fair to say that it’s a struggle to fight through some chapters; as someone with a passing interest in the Roman Army I found it a very dry read. However if you are deeply interested in the intricacies of Roman senatorial / military politics, broad bush descriptions of campaigns (along with very precise discourses on the likely course of action of an undocumented occurrence by reference to other texts in which mention it in passing) and then more political intrigue then this is the book for you. 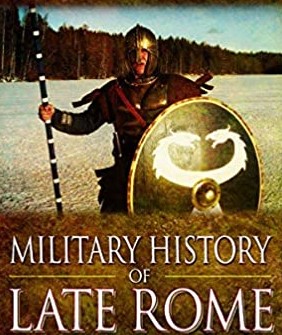 To my mind this book will be of most utility as a reference resource to be dipped into as required; even if some of the author’s assertions are not particularly well founded (for instance, his conjecture that the usurpation of the British throne in 406 was due to the local nobility and commoners uniting in disgust over Roman corruption without citing any evidence to support this), they are referenced to the point of autism. The author is not natural story teller, but why should he be – he’s a historian and this is not so much a history book as a doctoral dissertation.

Overall, I will be happy to have this book in my library; it’s informative, well referenced, sensibly illustrated and well indexed, which if I want to know anything about General Stilicho’s defeat of Radagaisus by the Danube, will allow me to dip into it, and get some references... rather than making my eyes bleed again by trying to read the whole damn thing. But I don't think I'll be buying the other 4 volumes.