Master of War: Scourge of Wolves

Blackstone and his bastard horse are back!
It is the winter of 1362 in France, in return for his freedom from the English King, John the Good, King of France has ceded huge areas of his kingdom to Edward of England and Blackstone, Sir Gilbert and the archers have been tasked with the job of annexing towns and installing governors who will keep the ceded areas loyal to the English. However, bands of routiers - vagabonds, bandits and mercenaries will make their task increasingly difficult. These roving bands, some of which number in the thousands, are determined to rape, pillage and loot everything they encounter. With no loyalty to anyone other than themselves they are a formidibale foe. Add the French army, which is hostile to the English and to Blackstone in particular, and danger lurks around every bend.

The French King, John, is in danger of being usurped by his sickly but cunning son, The Dauphin, and who has a visceral hatred of Blackstone and pursues his own agenda. This involves the attempted murder of Henry Blackstone, son of Thomas.

Gilman, like Cornwell, is an authoritative writer, he knows of what he speaks. The majority of characters are real people, real Knights, real Lords. Only the actors are not. The history is good and clearly written and is a good account of the Hundred Years war, or parts thereof.
The narrative is strong and flows fluidly; the battle scenes are descriptive and vivid. One can almost smell the blood, the sweat and the decay of death. The sound of battle resonates, the ring of steel on steel, the thud of an arrow piercing flesh, the sibilant hiss of the arrow storm as it flies overhead before cutting down man and horse, the soft yet sickining sound of a knife thrust through a visor into the eye or throat, all come to life in the words of Gilman.

An excellent book, as good or not better than his others and one that I highly reccomend. 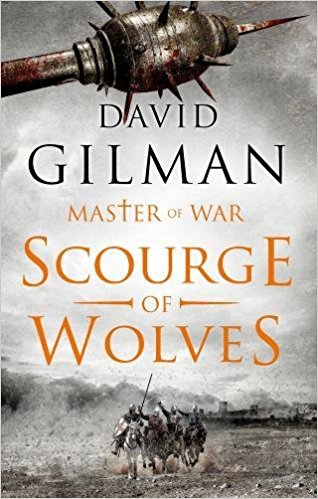