ICM did a teaser for us last year by showing us the proposed box-art for their proposed new kit, A Leyland Retriever! Some of us were waiting with baited breath, nothing happened! Fast forward 12 months and we finally received confirmation, the kit was in the shops. A somewhat different box-art, but a British WW2 era truck! As the kit title says, it is a Leyland Retriever General Service (early production). A replica of the original 6x4 truck that moved British Troops to all corners of the world.

What do you get in the box?
ICM use a slip cover with their box-art, covering a fairly sturdy plain white box. Inside are seven pale grey sprues, lettered A to F (D is duplicated as it holds the wheels). Also included, are a small glazed sprue, lettered H; seven vinyl (rubber)tyres; a small PE frame holding the vehicle name and radiator grill; and finally a small collection of decals, more about them later. 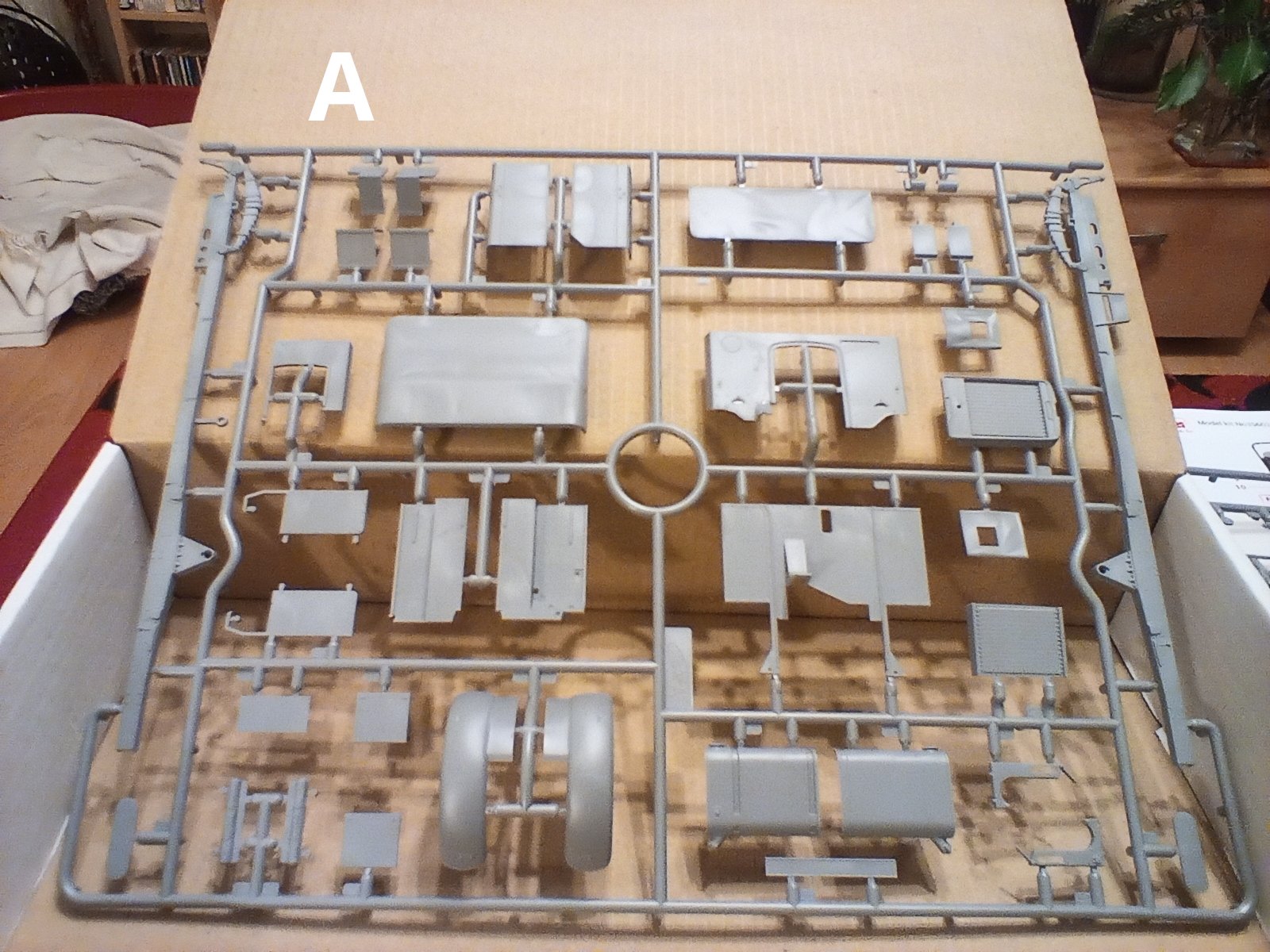 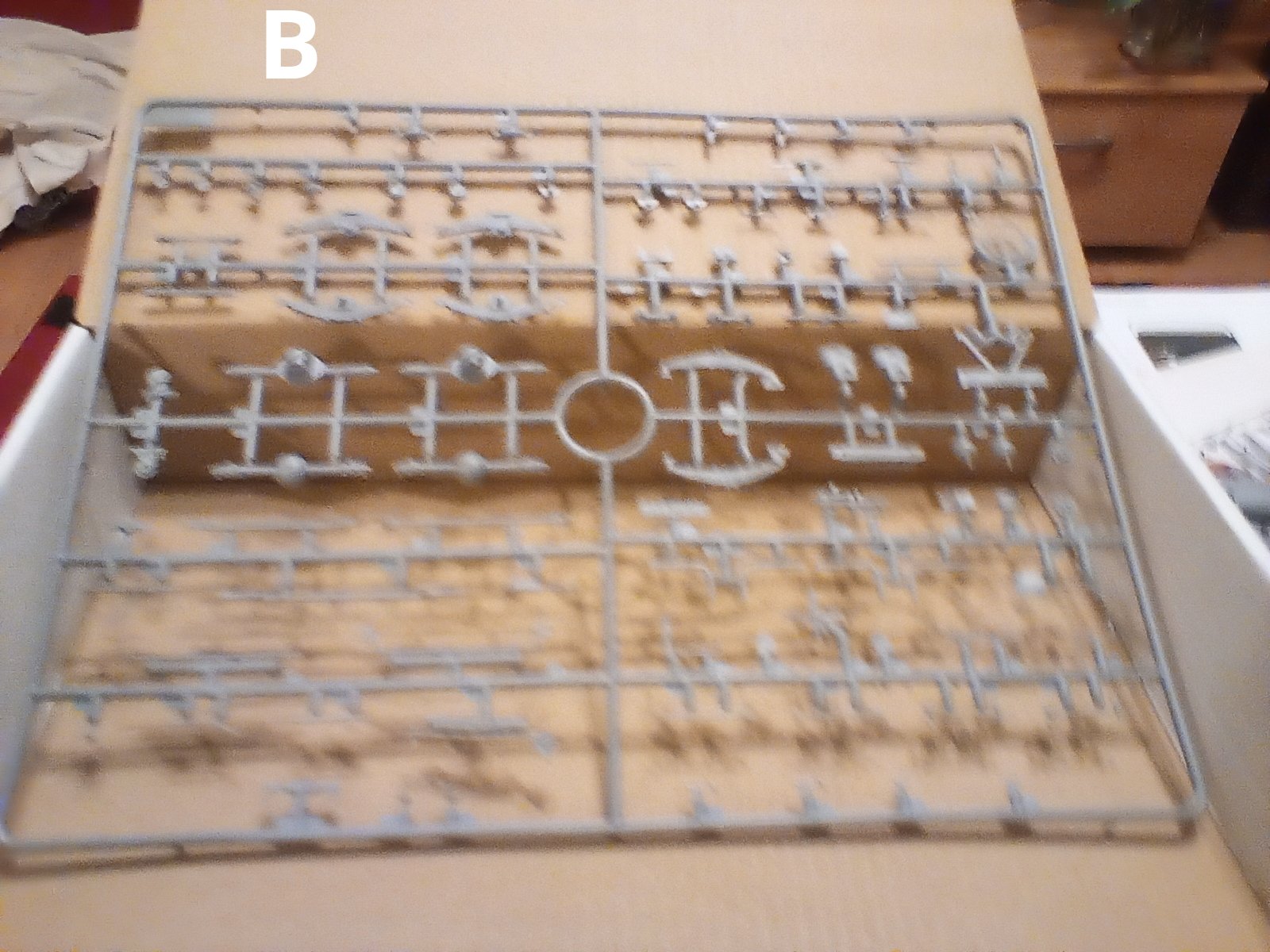 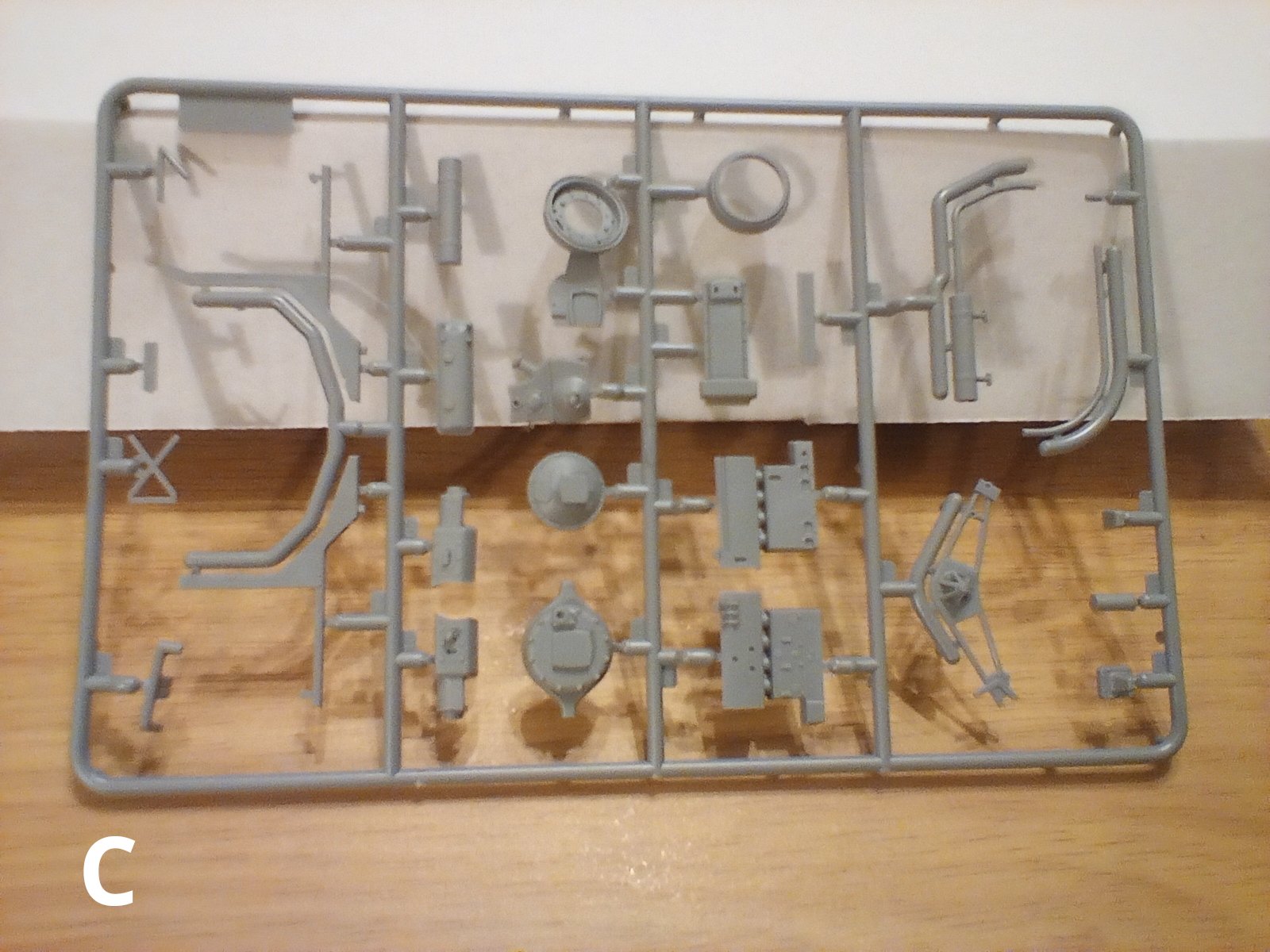 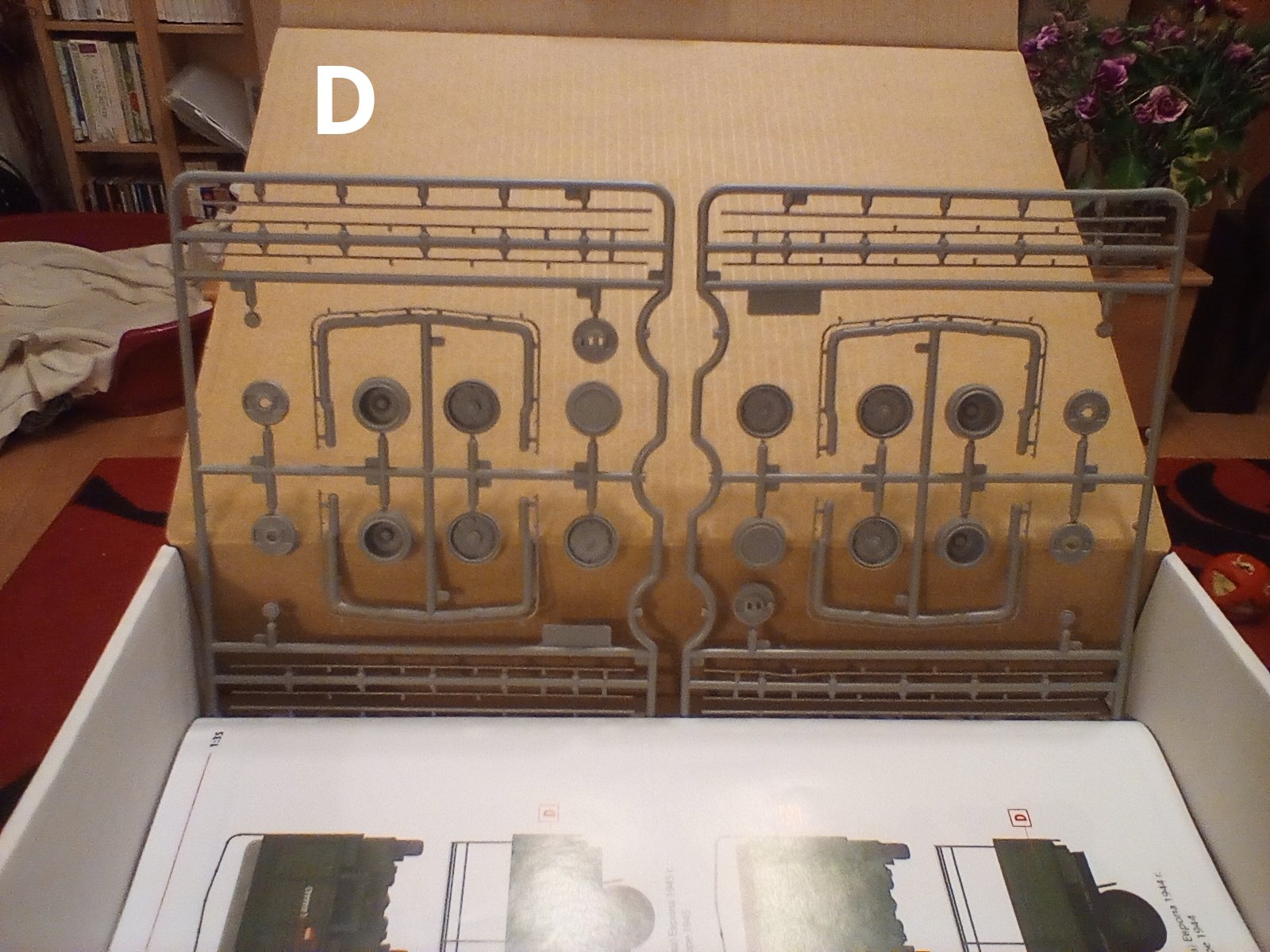 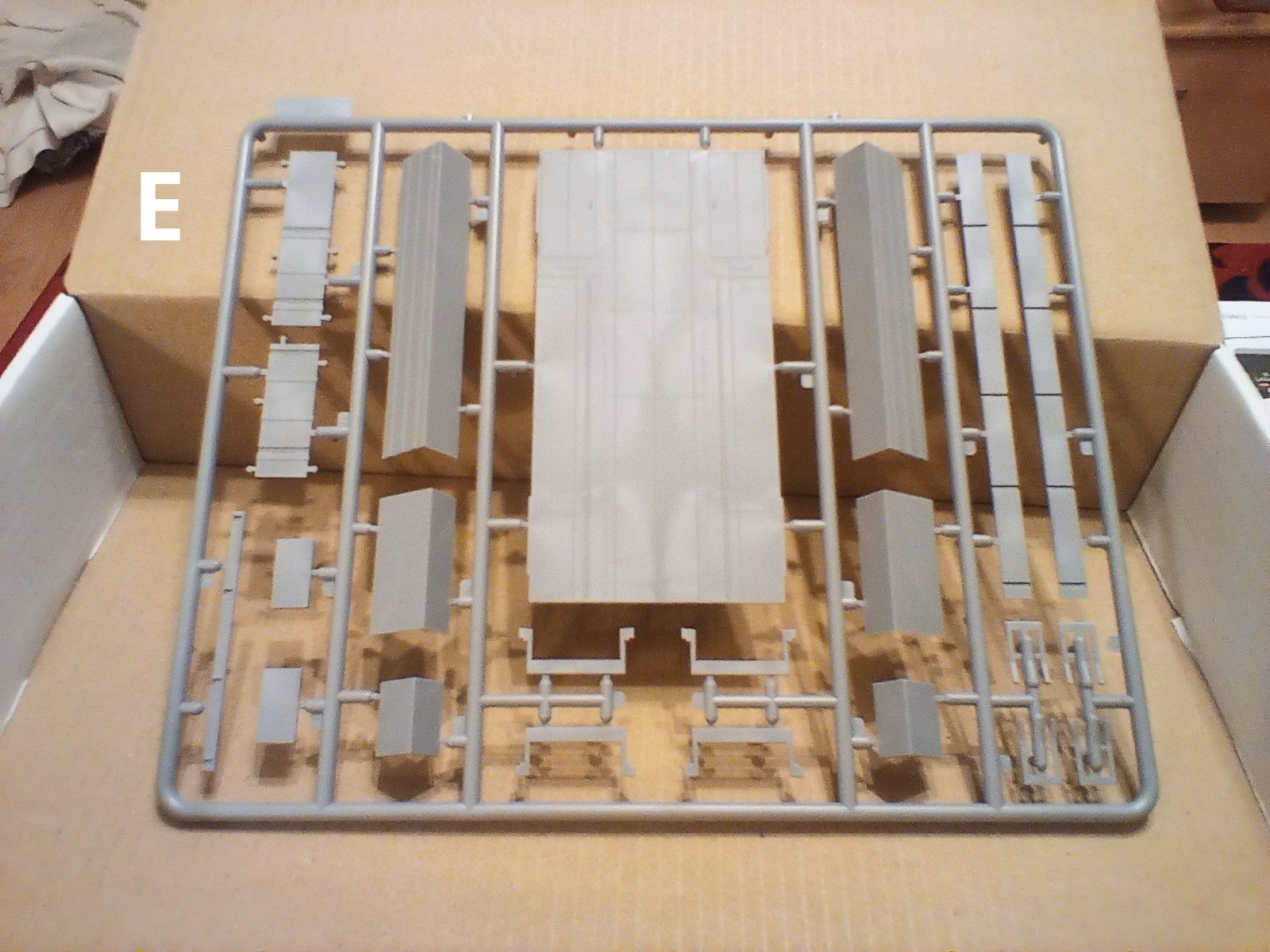 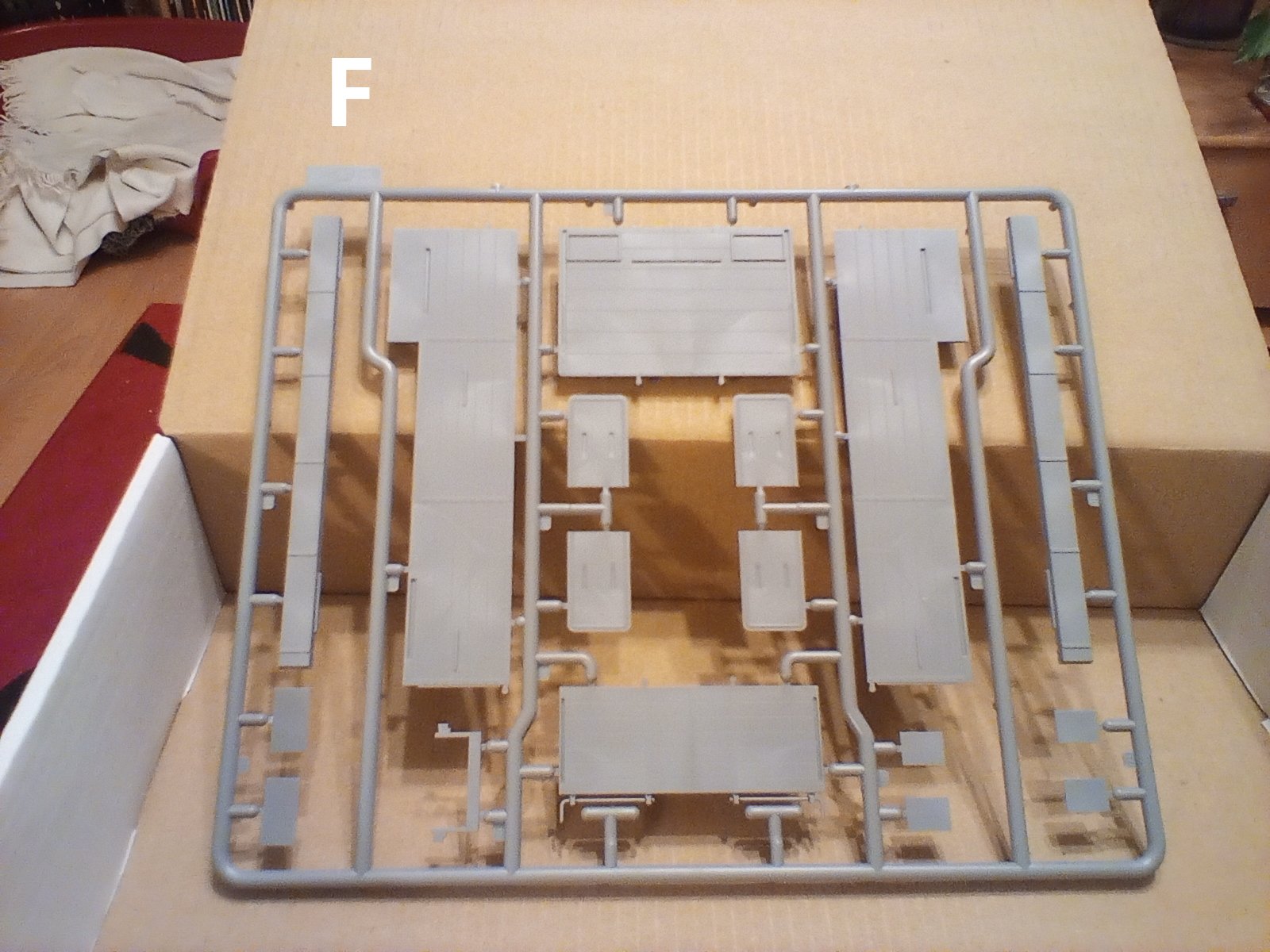 and the Other Bits. 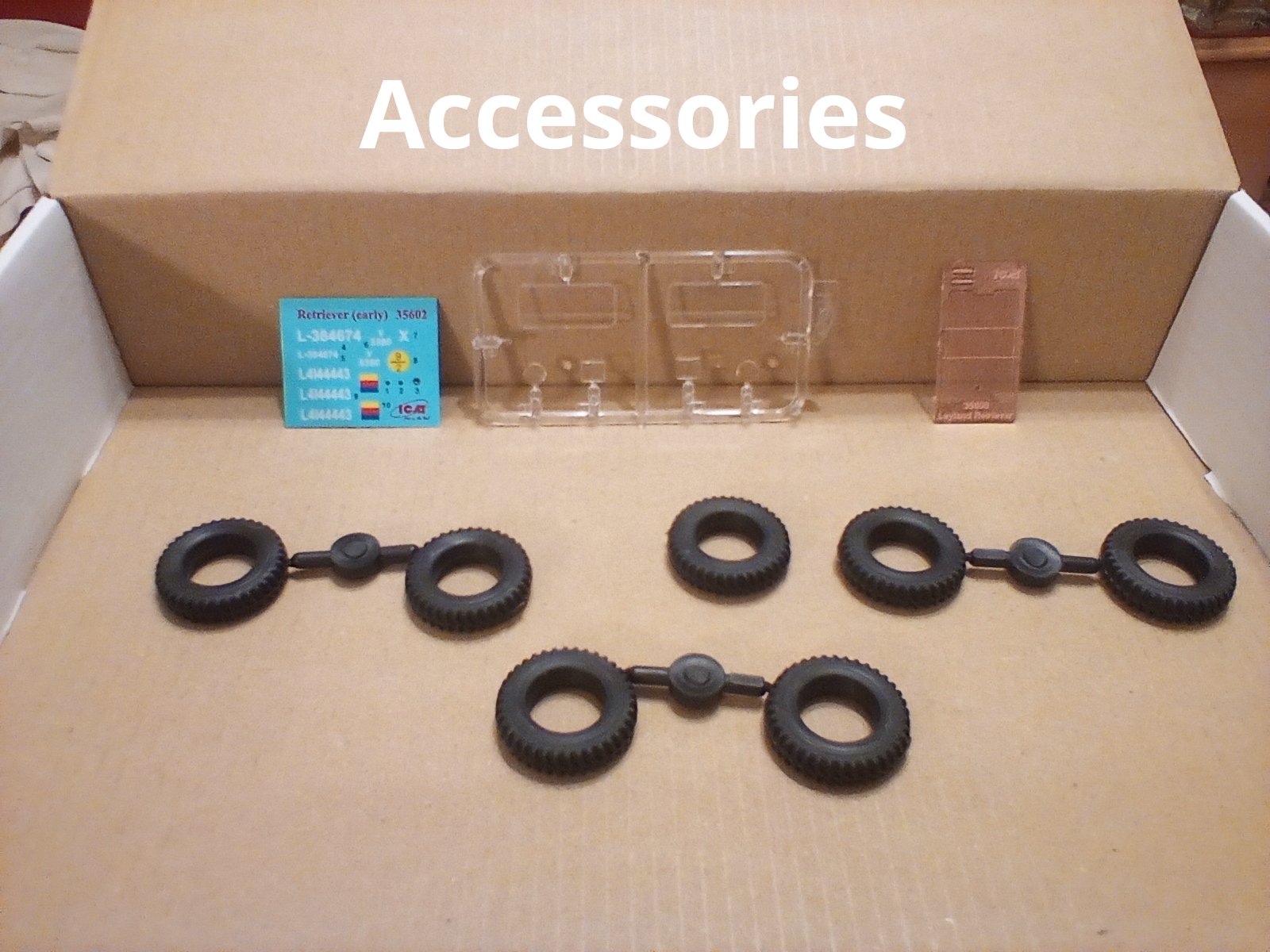 All mouldings on the sprues are crisp with no flash at all. There are several mould pin marks but the majority of these appear on the underside of panels. Those that appear on a part are easy enough to fill or file. The tyres are well moulded with a decent tread pattern on them and the glazing pieces have no defects to them. 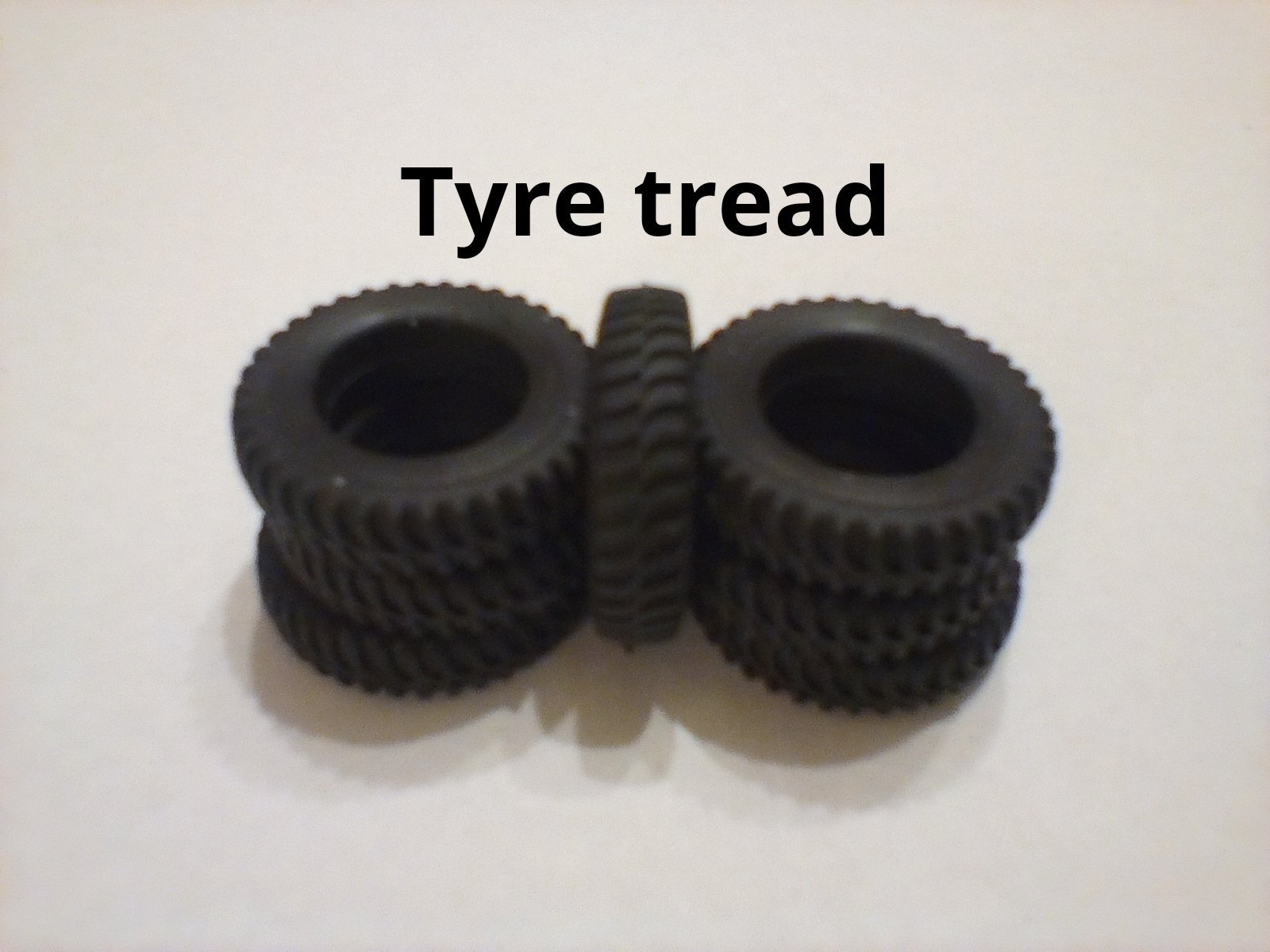 About this time, I usually have a whinge about the lack of driver figures and this kit is added to my "No Driver Hitlist".The decals are, well decals. The registration marks and bridging plates are fine but then we come to the two glaringly obvious mistakes! The first one is the REME aos sign. I believe this should be Blue at the top, Yellow in the middle and Red on the base. The second one is obvious by it's absence. There is no command sign! All British and Commonwealth vehicles carried the symbol of the Brigade, Division, Corps or Army they were assigned to. 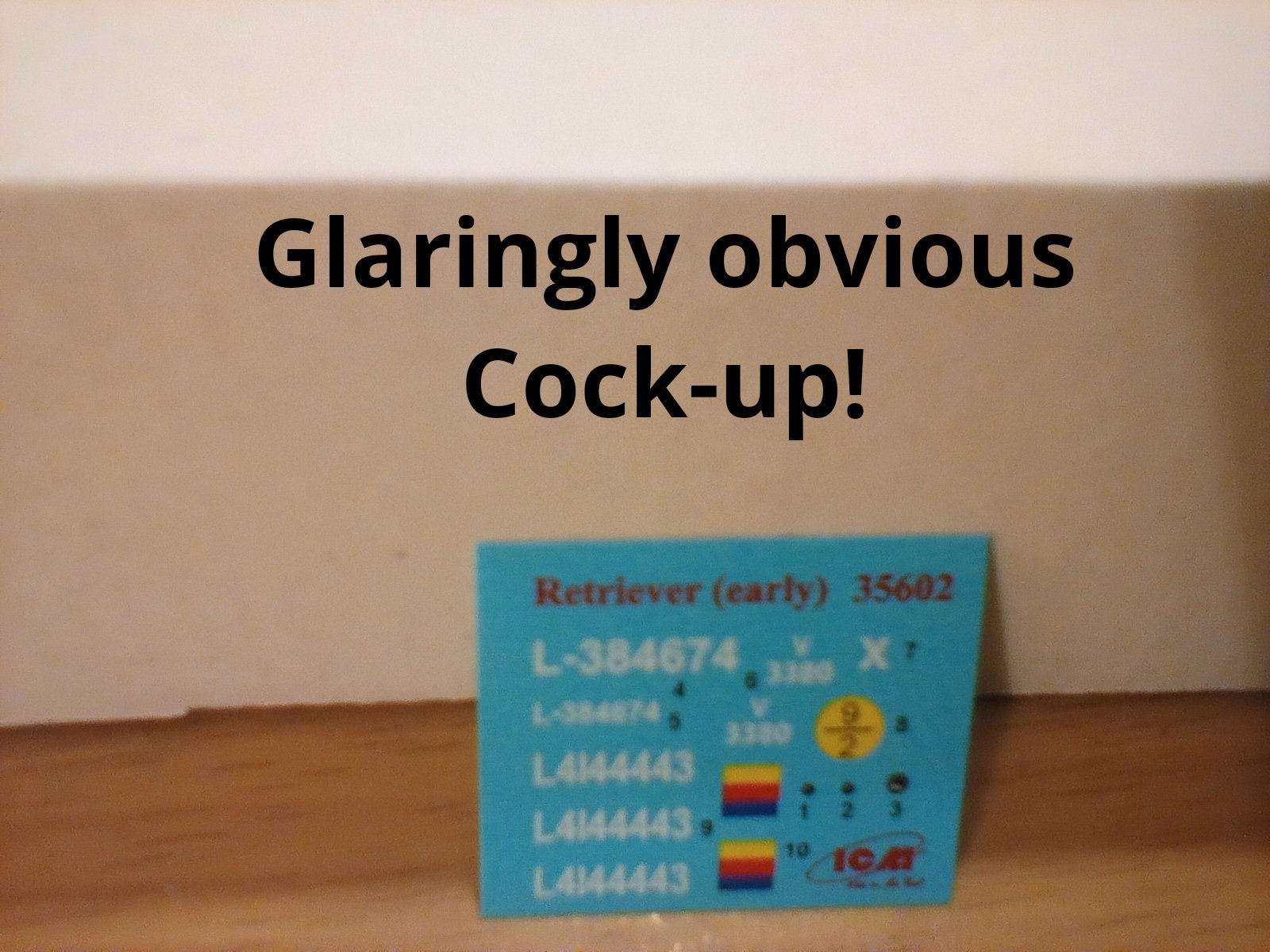 The instruction booklet, all 28 pages of it; is well produced with clear, diagrams and numbered call-outs. There are 113 steps to completion of this truck, so it's not going to be done in an afternoon! I briefly mentioned the Photo-etched parts and feel somewhat let down. There are a number of parts that would be better for being done in PE rather than kit plastic. 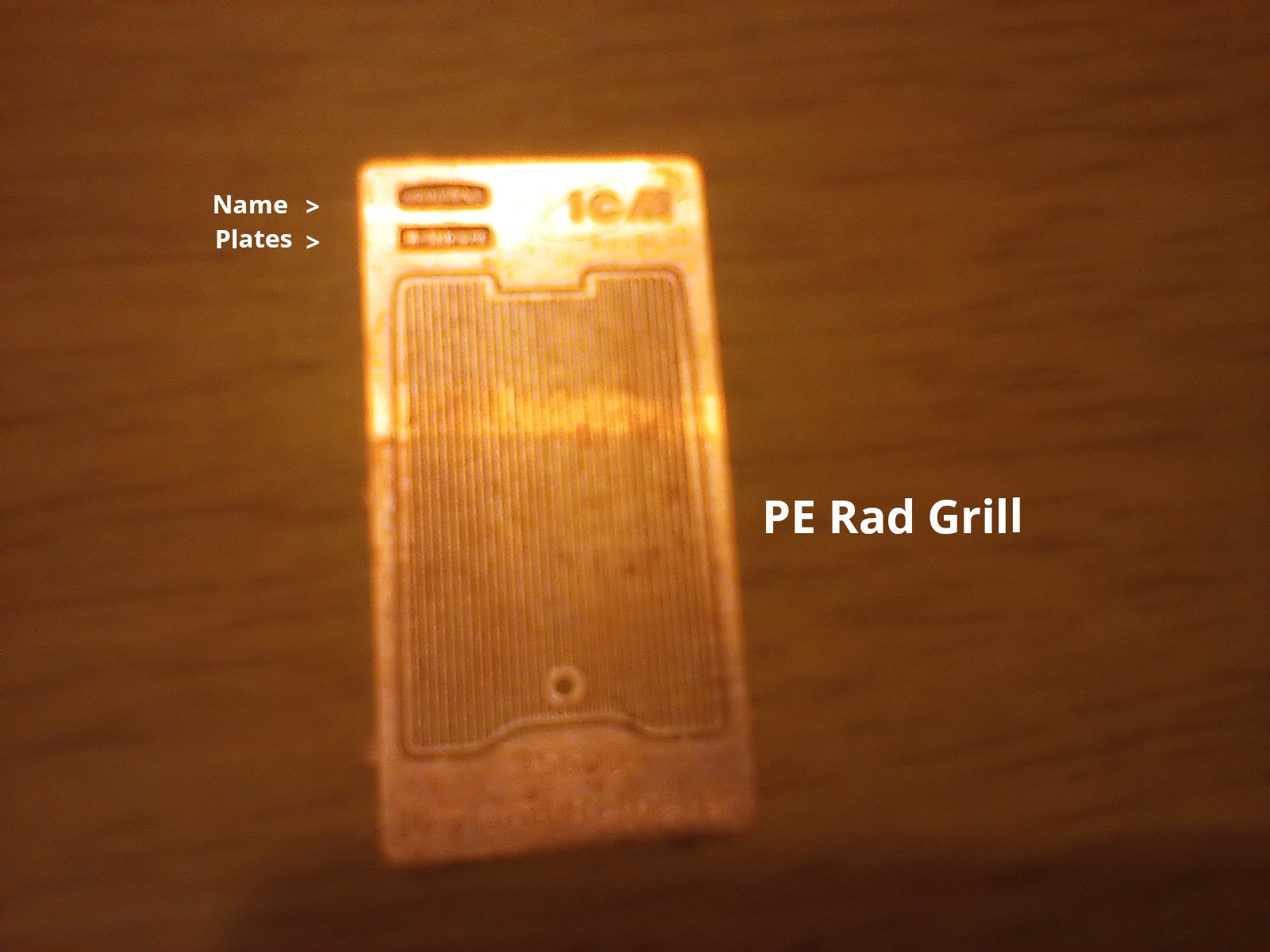 Conclusions
A good technical kit, ideal for the experienced vehicle model-maker. A shame it has been let down in a couple of areas. Okay, the decals can be rectified by any of us; but it shouldn't come to that. For £40.00 plus you should not be grubbing around in the spares box for the right decals. A better sheet of PE would also not go amiss, and why no bloody driver figure?
I'm looking forward to building this model and would recommend it to all. As the kit is one of the many missing links in model-making and for that reason alone, it deserves to be built as a stand alone model, although there is no reason why it shouldn't feature in a diorama.
I rate the kit very highly and give it a 4.5 out of 5