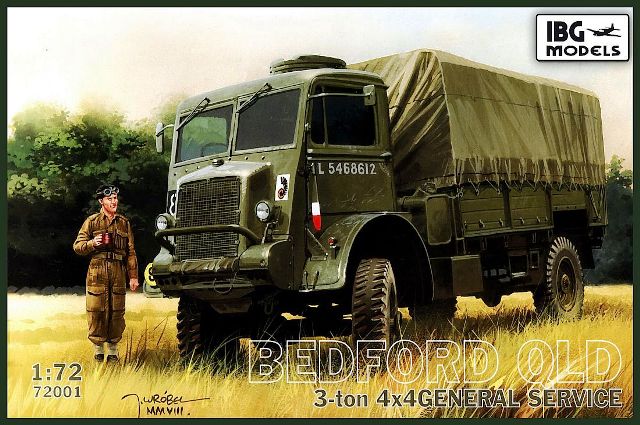 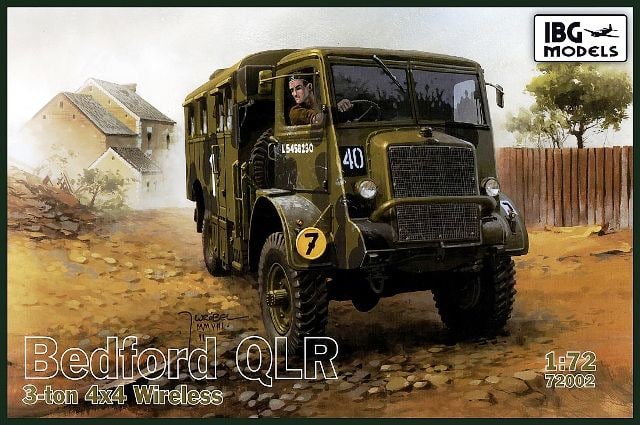 IBG are a Polish company, producing plastic injection moulded kits in both 1/72 and 1/35 scales. Their attention to detail is superb, including kit parts that other manufacturers tend to leave as moulded on.

The first thing you notice when you receive one of these kits is the size of the box. I thought I had been mistakenly sent two 1/35 scale kits! The boxes are large enough to put both kits into one box, which is a shame in these days of recycling. The artwork on the box lid is very good as you will see from the attached pictures above. Both models are shown "front-angled on" which gives a good colour reference for painting later.

Once you raise the box lid, you get a feel for how the model will be. Each kit contains two sprues individually wrapped in clear cellophane; one is generic to both kits and contains the cab, chassis, drive system and wheels. I have noticed there is a sink hole on top of the fuel tank, but nothing that a bit of Milliput won't cure. This packet also includes the decals which are some rather obscure Polish unit signs, some RAF roundels and some WW2 Allied stars. A clear plastic sheet with windscreen markings is also included.

The second packet contains the body parts for that specific model. The QLD version contains either a full moulded canvas tilt, or, for a change, the poles for making an open body version. This is quite innovative and would be appreciated if more companies offered this option. The QLR body is effectively a plastic box with some nice little add-ons. There are cable reels to fit under the rear, a mountable ladder and chassis-mounted antennae boxes. I'm sure one or two ex-scalies will be able to kit these out!

With the exception of the aforementioned fuel tanks, all of the mouldings appear clean and crisp, with no flash or over-moulding. There are very few moulding marks on the kits and little or no mould release pin marks. Care has obviously been taken with the production of these models.

The instructions s for both of these kits are well thought out and give clear indication of where things are to be placed. Written instructions are also printed alongside each diagram in both Polish and English. Another little nice-to-have, is the paint list. Not only does it give you the colour required, it also give the paint codes for Gunze MC, Model-master Acrylic, Humbrol and Vallejo MC. Six different paint schemes are included, unfortunately, all for Polish military units. However, I'm sure most modellers will have squirrelled away some paint schemes and decals for other nationalities.

Overall impressions, very good. Good value for money. Not for the beginner.
My only criticism is the lack of British/Commonwealth decals.
Rating 4.5 out of 5