Extreme performance demands extreme testing. For a dive watch developed for a ‘specialist branch of the military’ that means finding somewhere deep, cold and dark which is why a trip to the world-famous ship wrecks that lie off Malin Head on the NW coast of Ireland seemed like the ideal test ground.

These slowly collapsing hulks lying on the seabed of the Northern approaches to the UK are the legacy of the battles during both World Wars between the German U-boats sent out to cut off the maritime supply lifeline and the brave merchant fleet trying to get through at all costs. The area has the largest number of sunken ocean going liners and U-boats anywhere in the world which makes it a mecca for divers. Examples include the vast 32,000-ton Royal Mail Ship (RMS) Justicia, cargo ships of all sizes, Royal Navy escort vessels and 116 U-boats. Although the wrecks range from the coast all the way out to the Atlantic Shelf, and beyond, most are in the depth range 60-120m which is far too deep for the vast majority of scuba divers.

Diving at these depths, and in the conditions found in the Atlantic, is possible for the small number of technical divers who have the suitable qualifications, experience and equipment for this high-end extreme sport. The Malin trip started with a dive on a second world war casualty called the Empire Heritage that now lies in 65m of water. It was carrying a cargo of vehicles, including Sherman tanks and half tracks, that now lie scattered over the sea bed making it one of the best-known, and most photogenic, wrecks in the area. As the week progressed, the depth slowly increased until it culminated with a dive on the wreck of the RMS Amazon. This Belfast built 10,000-ton liner was torpedoed without loss of life on 15 March 1918 and now lies on the sea bed in 116 metres. At that depth the pressure is nearly 13 times that found on the surface which creates huge challenges for all the equipment used. Ideal conditions to test the Holton Professional (green dial model ‘000) with which I had been supplied. 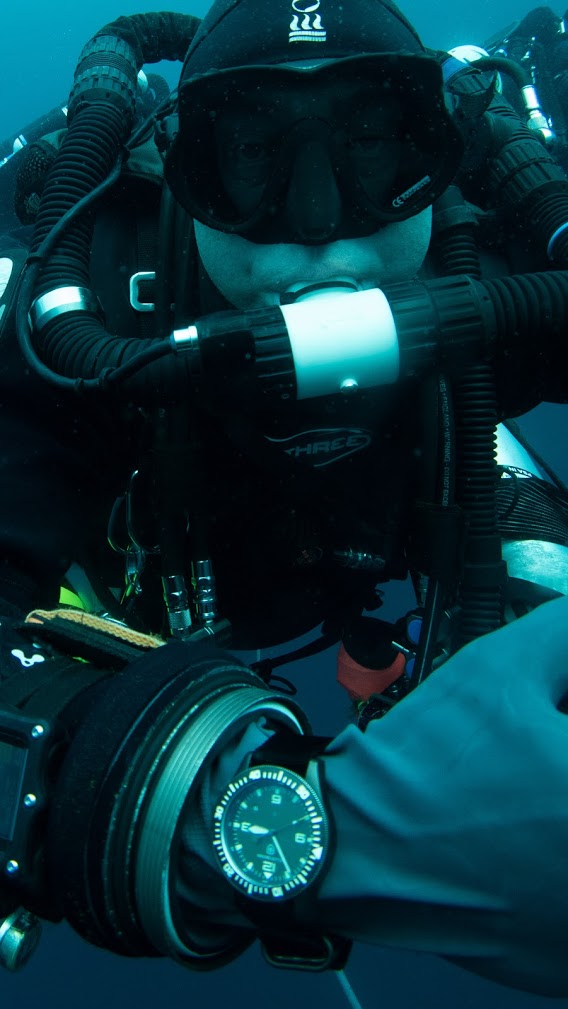 The brief for the Holton Professional watch was to be able to withstand some of the most hostile conditions imaginable, be operated by a single gloved hand and comply with the exacting requirements of a very specialist user.

Elliot Brown who developed the Holton Professional are based in Poole, Dorset – we’ll let you join the dots. The company was created by Ian Elliot and Alex Brown who are respectively the co-founder of Animal and former head of the Animal watch department. That’s an impressive pedigree when it comes to the development of action watches.

Although I’m sure it wasn’t part of the official brief, it is also important that a watch looks good and the Holton Professional absolutely ticks the ‘ally’ box. During the month that I’ve been wearing it, at least ten people have questioned me about it. You’d expect a watch suitable for tactical use to avoid any bling but the small details do stand out in a way that makes it quite unusual and desirable. I particularly like the small crow’s foot that is barely visible above the number six on the face, the blank space on the back where an NSN can go and the stubby ‘sword’ hour hand.

For a watch that is expected to be used in demanding conditions, the case and coating seem totally bombproof. The profusion of heavy, solid equipment required for technical diving means that everything gets banged and knocked. Despite a week on a boat in some pretty rough sea conditions, there isn’t a single mark, scratch or dent on the Holton Professional. This has to be a testimony to the quality of components and manufacturing standards. 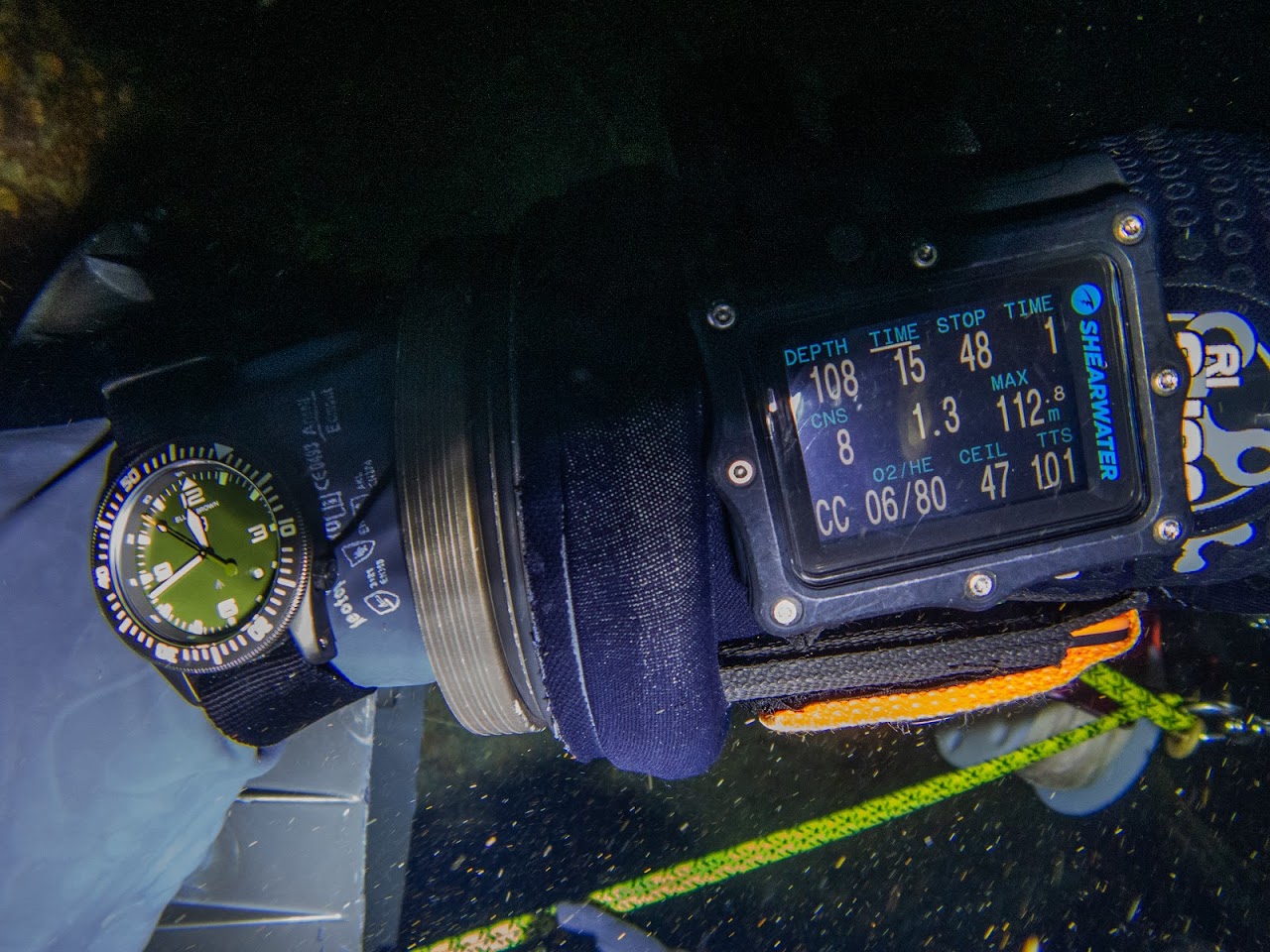 The Holton came with two watch straps; one was constructed from soft olive drab rubber and the other is an extra long G10 webbing strap similar to that fitted to issue watches. The rubber strap is resistant to pretty much everything and super comfortable and this is the strap that I wore for day to day use. It isn’t long enough to go round a drysuit sleeve, or over diving gloves, so I switched to the G10 strap when diving. Changing the straps is a doddle using the supplied tool and the solid steel strap bars which hold the watch to the strap inspire total confidence. I’m sure everyone has seen these fail on cheap, and not so cheap, watches so this is a really important factor.

The Holton Professional has a Swiss Ronda calibre 715 movement that kept time very accurately and the high grade C3 SuperLuminova luminescence on the face and hands meant that even in the pitch black at depth it was easy to read. The 120 click uni directional bezel gave the impression of considerable quality and functioned smoothly throughout the depth range. Just as importantly it also stayed where it was set which can be an issue with some diver’s watches. This is a very important function as diver’s use the bezel to identify when they went down or, alternatively, what time they need to come up.

After a month of wearing the Holton Professional and a week of exposing it to the harshest possible diving conditions available it is impossible not to be impressed. Understated ally-ness, top class performance and extreme durability give it all the qualities of the specialists to whom it has been issued. Quite simply this watch is fit for the most demanding purposes. 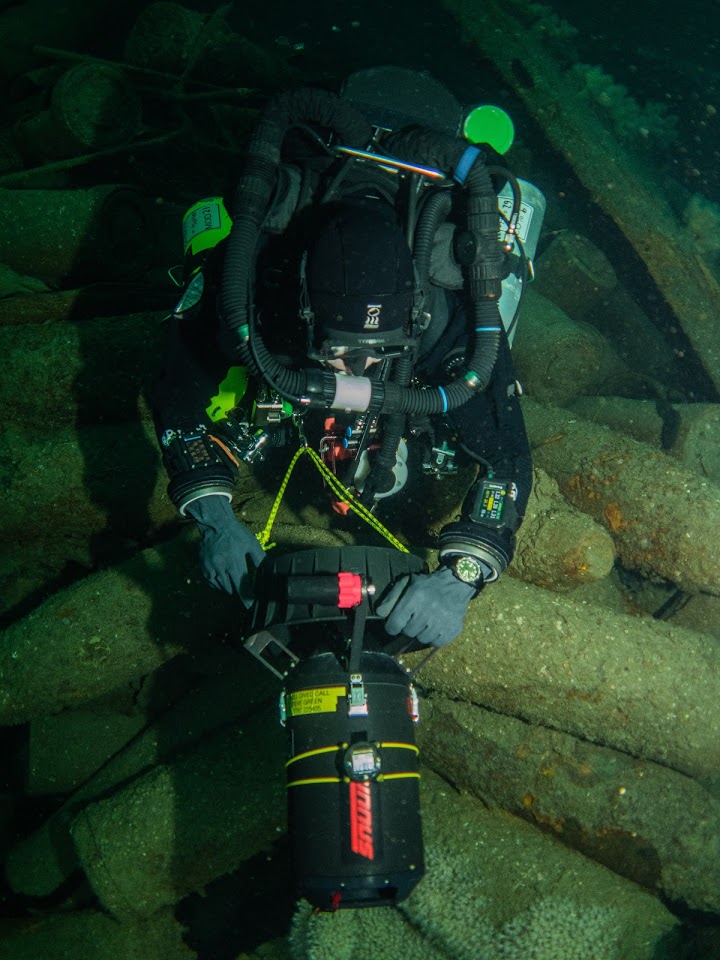