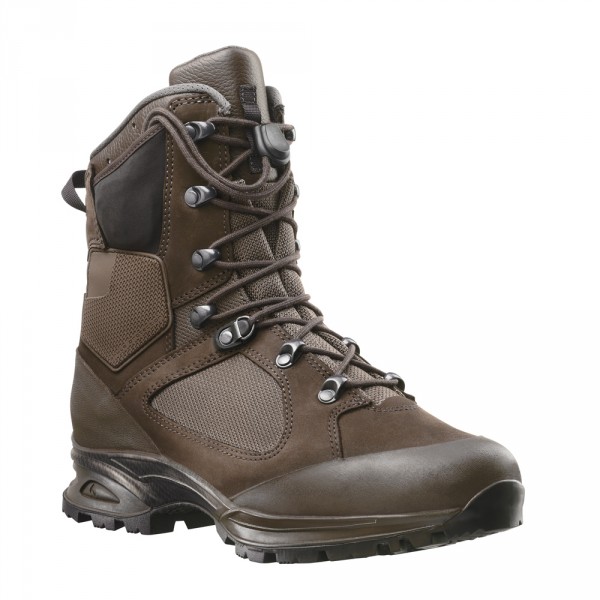 So, I was very Kkindly given the opportunity to review the Nepal Pro boot from HAIX, I have had these boots from HAIX for about 3 weeks now so I feel that now is finally the time where I can put pen to paper give an honest report on how they performed. Initially I was very dubious about how they would fare ir mainly due to all the negative reports I've heard about the military issue HAIX boots however I was 'm very pleased with to report that the Nepal Pro boots. do not follow this trend. , mMy initial impressions straight out the box was that they were an extremely well made and high-quality boot. I could tell that the boot has been made with high quality materials and that no cost cutting was made at the expense of durability (or if they did they have hidden it very well!).

The HAIX Nepal Pro is designed for use in cold/wet conditions so it comes with a Gore-Tex waterproof liner, now this does have its downfalls as I found my feet getting quite sweaty and hot in them. despite claims that they can be worn in hot weather. These really are designed for use in the areas surrounding the beautiful welsh town of Sennybridge or somewhere equally wet and miserable, but definitely not for someone who finds themselves in an office on a day to day basis. Being constructed from a mix of toughed rubber and Nubuck gives them a very rugged look that would look as good in the pub as they would in the woods, however since it is mainly the uppers that are constructed from nubuck leather you will be unable to take a tin of standard boot polish when you need to get the clean. However, HAIX sells specialist boot polish to do this. I found that a decent hard brush and some hot water did the trick but I realise this may not be to everyone’s fancy especially those who like that parade ground look, however after some serious use over these past weeks these boots still look good as new. 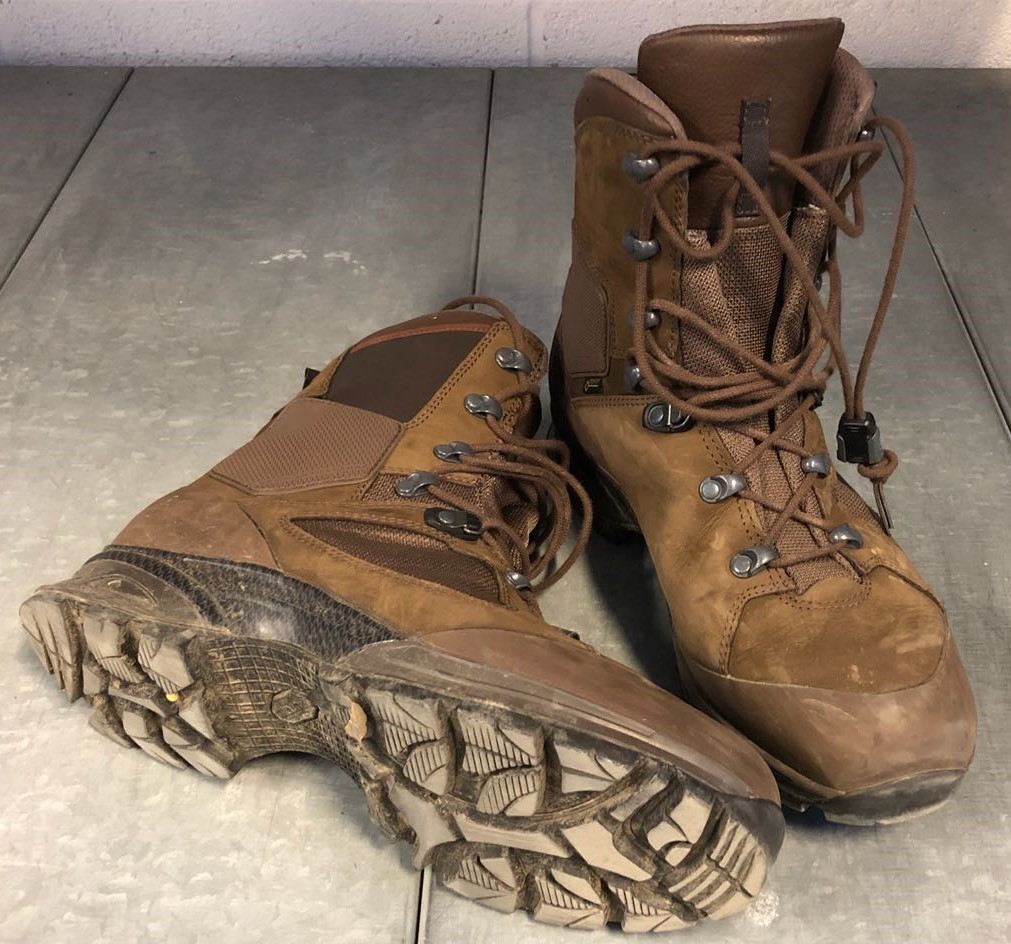 The HAIX Nepal pPros were and still are extremely comfy to wear right from the word go. They and took zero breaking in which really surprised me when I thought back to similar boots I've owned that needed weeks of nurturing before I would even contemplate wearing them for anything more than a brisk stroll, largely this down to in a large part the lacing system. that is on these boots. They are laced in in two stages, the first stage goes up to a level roughly in line with the top of the foot where once you have the required fit you lock the laces off. 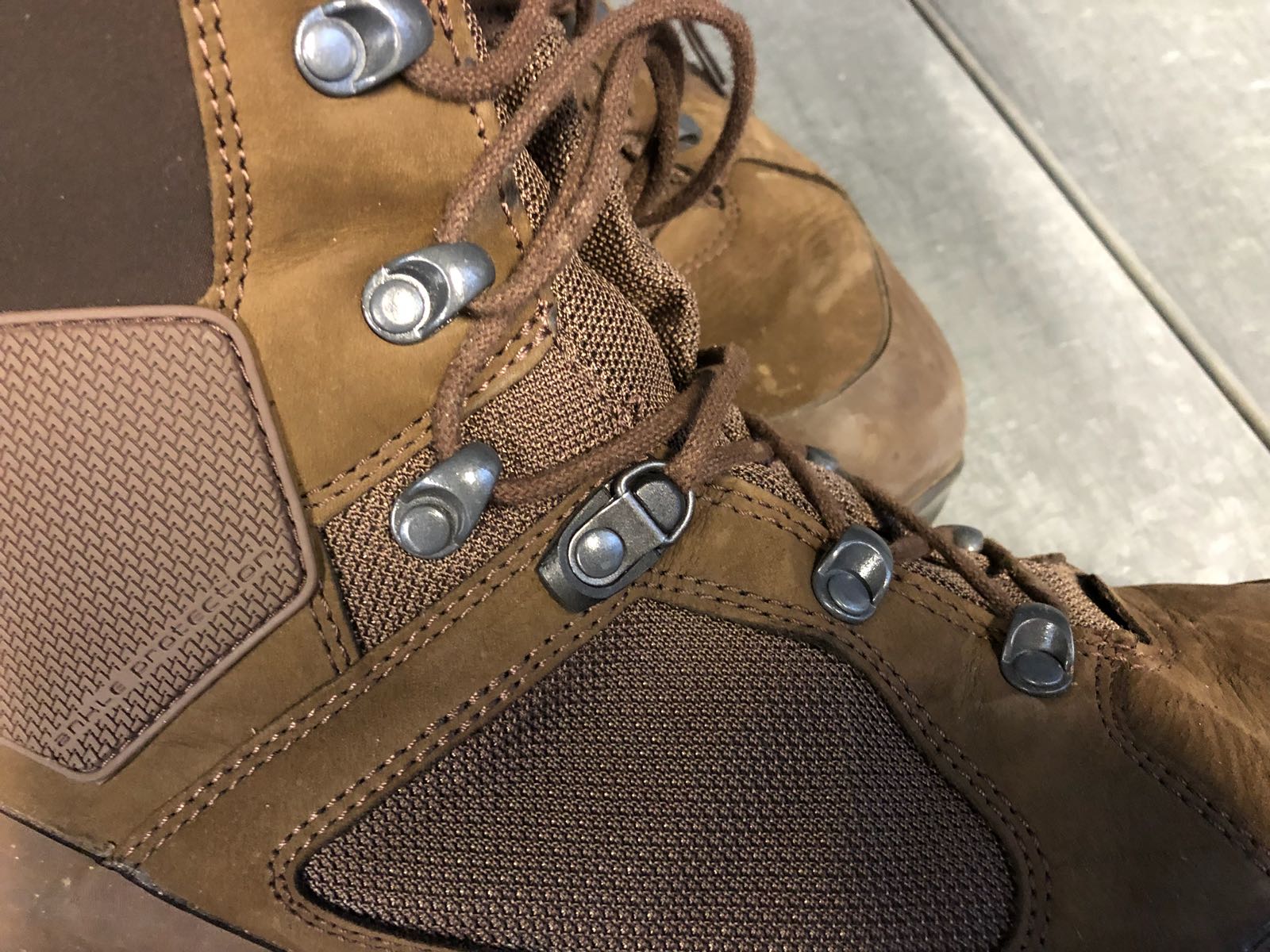 From here you then tighten the remainder of the boot and unlike normal laces where you would tie a knot at the top with these you simply slide down the locking wheel and tuck the whole thing in the small elasticated pouch on the outside of the boot. Now....this is where I have my one and only gripe with this boot, on the HAIX website it states that once the initial stage of lacing up has been done and locked off then you should be able to leave this alone and be able to put the boot on and off leaving just the top part of the boot to need tightening up BUT this just wasn't the case. There was no way that I could put the boots on without loosening all the laces and tightening them, though this process would probably become more familiar to me over time. them D ring that locks them off was an absolute pain the ARRSE to undo in a hurry, I think this would be even worse if the boots were clogged with mud and the wearer was trying to get them off.

So, there we have it and its official.... I am a HAIX convert!!! I can quite happily say that these are a probably the best constructed military boots I have ever worn and apart from the one real issue that I had with them regarding the laces I cannot really find any fault in them, these will be my go to boots for wet/cold conditions for the foreseeable future and I would like to thank the guys at HAIX for supplying these boots for me to review.