This is the debut novel of the author, who is an ex MI5 operative who, remarkably, published a autobiographic memoir (Soldier Spy) with the full consent of his former employers. It’s reasonable to infer that the details of the book are as close to real as possible without getting into trouble with the Official Secrets act.

The plot is pretty straightforward and postulates the informal creation of an arm’s length, officially deniable counter terrorism agency called Blindeye. A possible terrorist threat has been discovered and Blindeye are tasked to neutralise it. And off we go on a range of covert operations at a very high tempo. Some go well, some don’t and our protagonist ends up being interrogated. 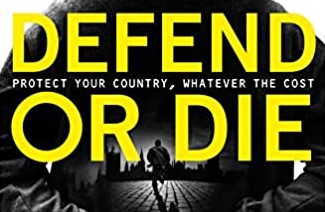 ​
This part of the book is what secures it the high rating. While the plot turns sometimes lost me and the prose is occasionally clunky, the description of being interrogated and the mental consequences were utterly compelling and, to one who has so far avoided the clutch of interrogators, fascinating, shocking and alarming. It is more compellingly written than other accounts or stories that I have read over the years.

The end has a twist and I’m sure a sequel will be along to develop the supply of fresh, UK based thrillers written by those who have “been there, done that.” No, it won’t win an Orange Prize, and no it’s not highbrow. But in it’s grittiness is a portrayal of a world that keeps us safe. Having finished this book I purchased the autobiography – which I also recommend.

5 Mushroom Heads (for them both).