Hannah Hart lurched onto the public stage via Youtube. Don't stop reading.
She did a one off badly lit but amusing video called 'My Drunk Kitchen' after relocating to NYC from the West Coast , to help her distant sister to 'cheer the **** up'

To her surprise, a lot of people liked it, asked her for more. My 25 year old son sent me a link- it made me giggle. I watched a few more.

Ten years later she's a new type of commentator, using her YouTube channel for a diversity of stuff. [ LINK if you want to ] Don't stop reading.

Her second book ' Buffering ' explores some of her background and how she came to find her voice. 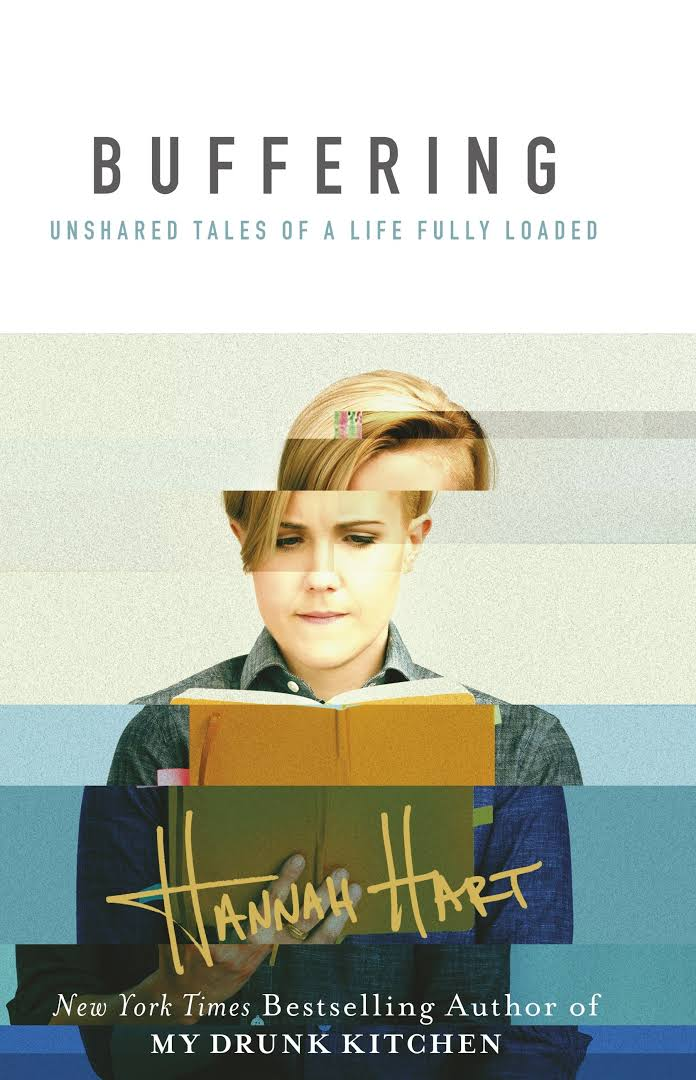 Number 1 - Hannah is gay. For most of us on Arrse - that's neither here nor there, kind of like saying ' the bloke's quite tall' . For anyone who has an issue, don't read this book. For Hannah, coming to terms with her own sexuality was quite a lengthy process, and this book touches on that story, but not as a central issue.

Number 2 - Hannah is a Californian. If that's an issue - don't read this book. The fact that she's a funny, sassy,sexy, striking twenty something frankly does not hurt.

Number 3 - 'Buffering' outlines how this sparky,humourous hotty from a neglected background came,by some weird twist of fate, to be on film,TV and the Web.

Of particular relevance, I think, to the Arrse audience is the way she describes trying to cope (and mostly failing) with mental health issues, firstly in her mother and secondly in her self.

Her single parent mum was eventually sectioned, leaving Hannah try and raise two younger sisters. It describes that scarring moment when she realises that to save her much loved half- sister from the childhood she herself has had, Hannah must put her in a place of safety. Adopted by a family friend and brought up separately.

This book is outside the normal remit of Arrse reading. The only mention of soldiering is her step-dad who had served in Iraq and was still National Guard when he got involved with Hannah's Ma.

He comes across as a positive influence, a good man out of his depth.

Growing up , Hannah was skint. She talks about going to school in jeans she'd worn all week (and slept in). There wasn't much food in the house. MRE's were an exotic treat from her step-dad ( 'I loved the little bottles of Tabasco' )

If you don't like Americans - don't read this book, it will simply reinforce that view.

If you don't like Millennials - and have nothing but contempt for their values - don't read this book.

If you have issues with folk who are unsure of stuff in their lives - don't read this book.

The key message, for me, of this brave and unflinching account is the idea that events in your life can be overwhelming. For the best of us.

Hannah's only message: It's okay to give yourself space to process those things. Just as when you load a video, no matter how good your web speed, that ol' 'Buffering' wheel appears....

Not everybody's cup of lemon tea ( or in Hannah's case Bourbon,vodka or Merlot) but worth ten minutes of any human being's time.

Four Mr Mushroom Heads from me. Disagree by all means. But first, you'll need to get a copy Surprise your children - but be warned.

Marmite for Arrse- love it or hate it.