Overview Discussion
Leave a rating
We’ve seen numerous attempts at magical solutions to blistered and damaged feet after prolonged walking. Some are fairly simple and follow the school of thought of taping them up like crazy before you set off, others are more holistic and involve soaking your feet in all manner of weird fluids. Some work some of the time, some work none of the time. Ultimately, you’re not going to know until you’re halfway through the walk / march / etc, and you’re crying like an eight year old child that’s just seen their favourite sweet shop burn down.

A company called Zurego, based in Cheshire and family run, contacted us and offered us a sample of their Blis-Sox product. As it happened, Mrs Bane was due to set off on Kiltwalk the following week, a 23 mile walk from Glasgow Green to Balloch. Knowing as I do how utterly ridiculous her feet are, I felt this would be a good chance to really put them to the test.

Blis-Sox is a gel lined quarter sock that’s designed to prevent heel blisters. Blisters are commonly caused by heat and friction, both of which are fairly unavoidable when you’re in heavy boots or taking part in prolonged activity, but it’s about the management of these two factors that matter.

Blis-Sox is treated with ceramides, vitamin F Forte and E which give deep hydration, Shea butter which is an anti-inflammatory agent that helps soften and smooth the skin down and Aloe Vera which is known to assist healing. You wear the sock underneath your main sock*, but to get the full benefit you’d want this against the skin. This is a secondary benefit of the sock however, the main focus is the gel pad itself. 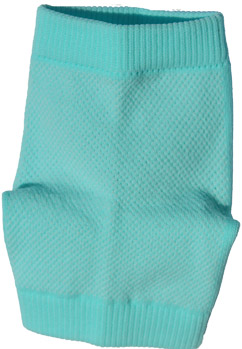 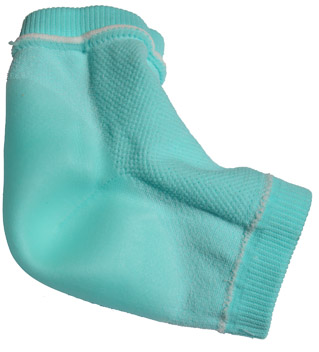 On the left, the external view of the sock, on the right, the padding can be seen on the bottom left​
The actual heel pad section of the sock feels like any other gel pad and emits a faint and pleasant aroma. Zurego states that the pad is designed to assist in absorbing impact, and it has the optimal thickness to achieve that without causing fitting issues.

Once on against the skin, you’re barely aware of the gel pad and the fit is comfortable and snug.

As they say though, the proof is in the pudding. Mrs B set off on her Kiltwalk with a group of work colleagues and when I met her at the end of the 23 miles, she was positively bounding along. Taking the socks off, there was not a single sign of blistering or damage to her heel. It’s hard to comment on this without sounding like I’m taking it too far, but her feet are a nightmare, and she has constant problems with them. To have walked 23 miles and not have a mark is truly remarkable. Her feedback was that she just forgot all about the socks and her feet, she didn’t even have any hotspots in her heels.

I also wore a pair to walk the West Highland Way from Milngavie to Balmaha for a pint and Banoffee pie (best ever), and I can back up the fact that they do the job. You just have to make sure you pick the right primary sock, that balance between padding and comfort, and breathability and moisture wicking. 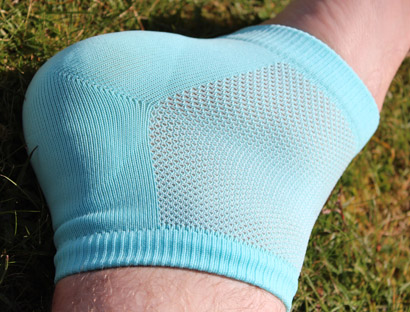 As worn. Note, this is my foot, not my wifes!​
In terms of longevity, the sock can be washed up to thirty times before it loses its treated properties, but it’s still good thereafter for the gel pad for that cushioning and protection. They should be handwashed and naturally dried.

As they say, the proof is in the pudding, and whilst sceptical at first, these have proven their worth. If you suffer from heel issues, etc, be that walking, running or marching, I’d give these a shot.

The sock retails for £11.99 and can be bought from Amazon.

* Note: Zurego were originally advised by the manufacturer that these could be worn over a normal sock, however their trials and user feedback have shown that this wears through the sock at a far faster rate. They've since changed their packaging and advice to state you wear it under the main sock. If you buy a pair that has the older packaging on it, it'll state you can wear it on top. Zurego now state you shouldn't.