An Englishman at War

Stanley Christopherson was commissioned as a junior officer into the Sherwood Ranger's Yeomanry at the beginning of WW2 and these diaries tell his own and very personal story from then until the end. He became the Commanding Officer of the Regiment soon after the landings on D-Day, The diaries tell his story and that of his fellow officers and soldiers as the became one of the most highly trained and valued units of the time, having begun as what was essentially an enthusiastic set of amateurs.

At times, reading these diaries is like listening to a Noel Coward monologue*, and the glimpses given of the pre-war society and the values and attitudes of the time are welcomed as what is essentially societal history, although it seems strange to modern eyes and ears -( and I'm quite old).

It is one of those books that one can dip in and out of with ease, and the diary aspect makes it easier to follow without having to refresh one's mind as to what happened and when. James Holland has curated this piece wonderfully. There are some very interesting photos' in the book as well as maps.

A most useful addition to anyone's bookshelf. 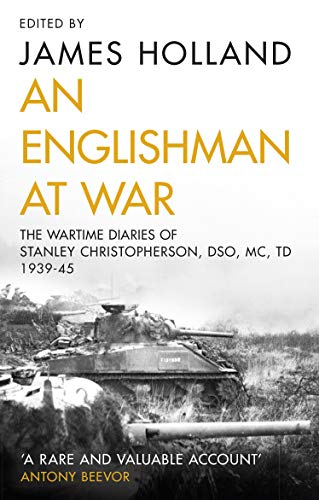