I must admit that when I received this book I though " oh God here's more pictures of tank, me on tank ,tank on fire , tank fallen over ,tank in snow etc etc " like so many other boring books of this nature. However I was absolutely pleasantly surprised and was taught very much by this story of the time-line of tanks in battle during WW2. The narrative was eminently readable and tactics detailed. This book also threw up two astounding issues for me one of which I shall record at the bottom of the review.

If you wish to know the reality of the tank operations during WW2 read this book, it's excellent and the British were not always on the back foot when it came to Tank verses Tank against the Germans. On its own this is definitely one for the collector an those who study World War Two tactical history. I am so glad I received a copy a good end to a bad year.

Four and a half mushrooms. 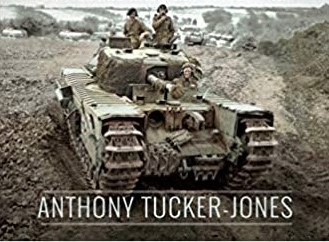 Addendum : one of the issues brought up was the British treatment of German Prisoners, I've heard lots of massacre stories from later on in the war when it became an all out fight for survival and the extinction of the enemy but not so much of the pre Dunkirk days. I add a quote from the book to enable you to see what I mean and also to open the debate.

After capturing Duisans, two companies of the 8th. DLI and two troops of the 20th. Anti- Tank Battery were left to defend the village. The 8th. DLI ‘s Anti Tank guns and Support Platoon soon went into action against some French Tanks! The latter then supported the DLI’s attack on the cemetery near Duisans. The number of German prisoners reported there varies, the implication being that some were shot out of hand. The SS were later to cite the DLI’s behaviour at Arras as the excuse for murdering British POW’s at Le Cornet and Wormhoult.

Certainly heavy casualties amongst the DLI’ officers meant the POW’s received little sympathy from their captors. An officer of 7RTR escorting a German NCO was appalled at the treatment the man had received. “ I continued to Dainville and handed the prisoner over to a Captain of the DLI for conveyance to Provost personnel. The troops displayed great animosity towards the prisoner, and I was compelled to draw my revolver and order them off before I could reach their officer “. These few lines have opened up, in my eyes, a can of worms and more investigation is required. I guess that's also a sign of how good a book it is a well.