Time for a bit of disclosure on this one – I love AKU. I wear the AKU Pilgrims daily and have done for years, but even they have been pushed in to second place by the new Selvatica Tactical Mid GTX boots from AKU. As such, this review will be totally and unashamedly bias in favour of these excellent track pads. 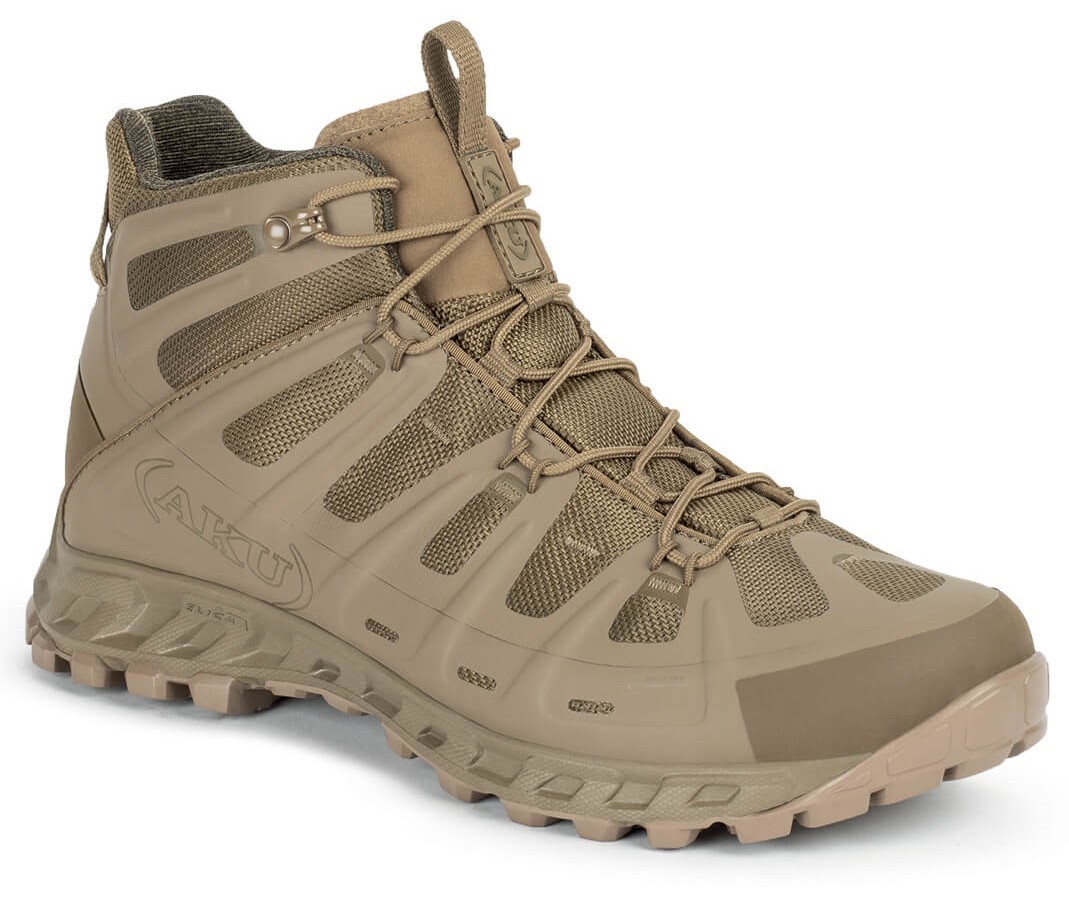 They are a step lower in protection than the AKU Pilgrim but faster and more comfortable as a result. Each boot weights in at 460g for 920g in total and in comparison, to the Pilgrims, you really don’t notice these boots on you at all, even over long, sustained distances.

The upper is made from Air 8000 which is an AKU creation which consists of a specially designed fabric which increases in breathability over a period of 24 hours – so in effect the longer you have the boots on for, the more the material adapts to increase the flow of air. There’s also a mix of welded Polyurethane film as well to help increase the strength and support in the upper and the upper protection is provided with a layer of rubber which gives the boot a somewhat silky look.

The midsole is injected EVA which is a more cost-effective method than compression moulded EVA due to minimal waste but doesn’t have any significant impact on the build or ride quality over compression moulding.

The AKU Selvatica Tactical Mid GTX liner is GORE-TEX Performance Comfort, so you’re getting that full protection from water ingress right up to the top of the boot neck with a fully protected tongue as well. With GTX liner, there’s that consistent comfort experience that comes with GORE-TEX, as your feet don’t overheat and the liner does the job of protection without restricting the foot from breathing.

The footbed is an Ortholite, which shows again that AKU are going all out to ensure the boot is comprised of the best parts from subject matter experts. The Ortholite does a fantastic job of anti-bacterial protection and prevents any odours or whiffs from building up.

​
On to the outsole which is a Vibram Foura- Anti-static Nitril sole and as with all Vibram outsoles, gives excellent grip and support over most terrains. It’s another example of using known and high quality brands which leads to an excellent overall product and again it means you don't have to worry about where you're walking or running, you just go for it.

The first thing you notice when you put on the AKU Selvatica Tactical Mid GTX is comfort. Absolute comfort and cushioning which means these boots are excellent for running in, should your environment dictate a need for that (although a true professional would avoid that scenario at all costs!).

They don’t have the weight of the Pilgrim and the fact they’re such a soft fit around the foot really does mean you can go for miles in these things straight out the box. There was no requirement to break the boots in or any other issues associated with a new fit. If you do find yourself breaking into a run for whatever reason, you’ll find yourself thinking you’re wearing just a slightly heavier pair of running trainers – the support and spring in these boots makes running a sustainable option.

The one key point to note is that this lightness is core to the boot design. As such, the toecap is soft and non-protective unlike again the Pilgrim which has the stiff toecap. The two boots are not comparable in terms of one or the other, they’re two boots for two different needs, but it’s more to show the difference of styles.

The only minor niggle I noted was the bridge of my right foot tended to feel a bit of pressure from the lacing area, but that’s more down to my mutated feet than anything else. On that note, the lacing system is rather snazzy. With a D-ring either side at the very top, the rest of the laces are held in place by fabric, uhm, somethings – the picture says it best! These look great and because they’re simply fabric loops, removes any potential points of pressure that you’d normally find with metal being fixed in place for hooks or D-rings. 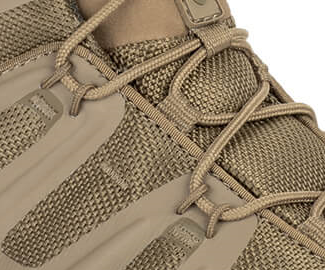 These are without a doubt excellent boots, and whilst the ‘urgent intervention forces’ line might be some mad PR bod’s inspiration, these have been utilised in urban high threat situations where they’ve provided support and the ability to pursue and more importantly, given the wearer the confidence that they’re up to the task.

The other bonus is that the boots look exceptionally good, so there’s even the bonus of a bit of fashion about them!

The AKU Selvatica Tactical Mid GTX boots are available in black or Coyote, size 6-13 and you can buy them direct from AKU or alternatively, pop over to Trekitt where you’ll find them a bit cheaper at £143.65.