Overview Discussion
Leave a rating
It is not often that you encounter a product where the marketing hype exactly matches reality. The AK-47 Combat Flip Flops that I've currently got on my feet are sold as bad for running and worse for fighting and although I've only tested the former I'm pretty confident that both statements are spot on.

The Combat Flip Flops brand was created by three ex US Rangers who originally hoped to have them manufactured in Kabul. There is little doubt that Afghanistan could certainly do with some legitimate exports but unfortunately this great idea didn't survive contact with the realities of life there. They're currently manufactured in the USA but the company hopes to return to Afghanistan if they can build the brand up to a sustainable level.

The AK-47 is the top of the range model and comes complete with cast 7.62 casings and heat stamped poppies decorating the leather upper. The poppies theme also extends to the grippy sole which is made from the same rubber as combat boot treads . Finally and just in case you needed to reinforce the point there is also a large stamped logo under your heel with Kabul Est 2011. There is no doubt that they look very good and the Afghan element is certainly a talking point with everyone who has seen mine.

Unsurprisingly the recent run of epic weather has meant that I've pretty much lived in these so feel well qualified to state that they're one of the comfiest pairs of flip flops that I've owned. Almost certainly this is down to high quality upper which shows no sign of giving me any blisters and the multi layer heel which seems to absorb a lot of shock.

The bit directly under the foot, is made of light coloured nubeck and I was concerned that this would soon mark this but to date this doesn&#8217;t appear to have happened.

As you can tell I'm a fan, although there is a big catch coming which is that these retail for 59.95 Euros which is nearly 52 pounds at current exchange rates. No matter how good these are, and they are, I suspect that will cause many people to have a sharp exchange of breath!

So if you're in the market for the best flip flops money can buy or want to support the Afghan economy (kind of but not really yet) then these are the ones for you. They're also great for preventing you running anywhere quickly and I've not had the slightest urge to fight anyone whilst wearing them.


The AK-47 Combat Flip Flop is available in the EU from HettyKat.com 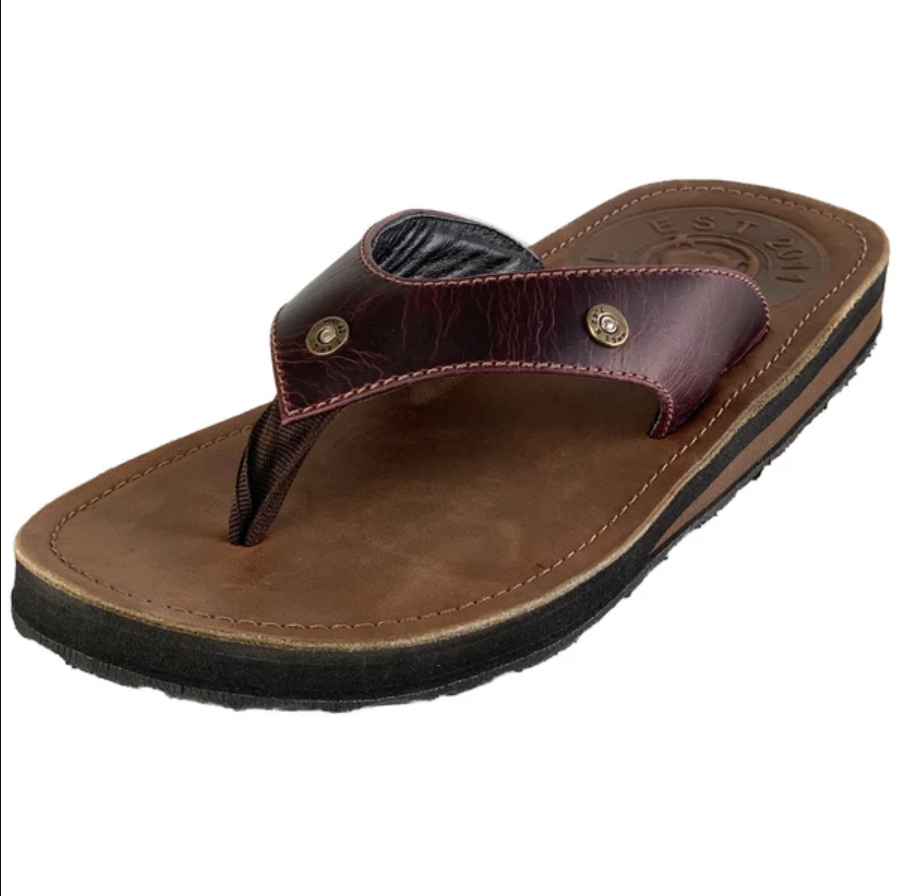