1 man tent side by side review

It’s been a while since I’ve done a review.

A lot of my equipment reviews are lost in the ether of the now defunct Kit Reviews site.

I might have done these before, I might have not. I don’t think I’ve ever done a side by side comparison though...

Up for your consideration is the Jack Wolfskin Gossamer and the Hi Gear Soloista.

I was originally looking at a Snugpak Ionosphere after seeing a mate’s one. I really liked it but it was fairly new at the time and still pretty pricey.

I spotted the Jack Wolfskin which appears to be largely the same if not identical, save for some branding details.

Found one in a sale for 50 quid. An absolute bargain in comparison to the 160ish for the Snugpak.

This has been my go to mountain tent for years now. It’s robustly made with thick stitching and aluminium poles as opposed to fibreglass. Even the pegs are nice thick ones that are hard to bend.

As with all these sort of tents, it is not very big, but that’s the point. Upside is it packs small and is lightweight, downside is you’ve not got a lot of space in there. I’m 6’2”, I fit in it fine, but my pack has to stay outside. There isn’t really a porch to speak of. No where for your boots etc.

It’s also quite low to the ground, great when you want to be stealthy, no good for administering yourself when it’s raining outside. You aren’t gonna be sitting up in this tent and you’re better off getting dressed outside.

Having said that it’s fairly wide. At a push you could get two small adults in there. I’ve slept in it with my dog a few times.

With a fly sheet hydrostatic head of 4000mm, it’s kept me dry in some seriously bad weather.

I bought the Hi Gear one as a spare for when mates come up to stay and want to hit the hills with me. It was 20 quid from Go Outdoors. For that price you can’t really go wrong. I believe the same tent, or something very similar is also made by Gelert.

This thing is even smaller than the Jack Wolfskin, it’s like a coffin inside. It’s actually shaped like one. However, you get a bigger porch that could take a day sack and boots. All the same problems exist. You can’t sit up in it etc. But the bigger porch and side entry mean you could potentially lie on your side and cook next to it. Something you can’t really do with the Jack Wolfskin due to the entrance being at the end.

The Hi Gear feels cheap in comparison to the Jack Wolfskin. Materials aren’t as nice, poles are fibreglass, stitching isn’t a patch on it. However at this price I can’t complain. It’s stood the test of time and I’ve had a few good nights in it out in the Lakeland Fells. The HH is only 1500mm but it still does the job.

It also packs a little smaller and weighs a little less than the Jack Wolfskin.

I keep having to remind myself that it was only 20 quid. It’s probably cost me less than a pound a night if you tot up all the use I’ve had out of it.

Either of these tents will do you proud if you’re after something really small and compact. It’s certainly a step up from just a bivvy bag. For hill walking, cycling, motorcycle touring, kayaking, or any other adventure where you want to keep weight down, these are both great.

The Jack Wolfskin is definitely the one to go for if you can stretch to it, it’s as good as tents that retail for 3 times the 50 quid I got it for. The slight extra space is also a massive win.

The Hi Gear does what it says on the tin and is not to be sniffed at for 20 quid. If you’re on a budget there is absolutely no reason not to get this one. 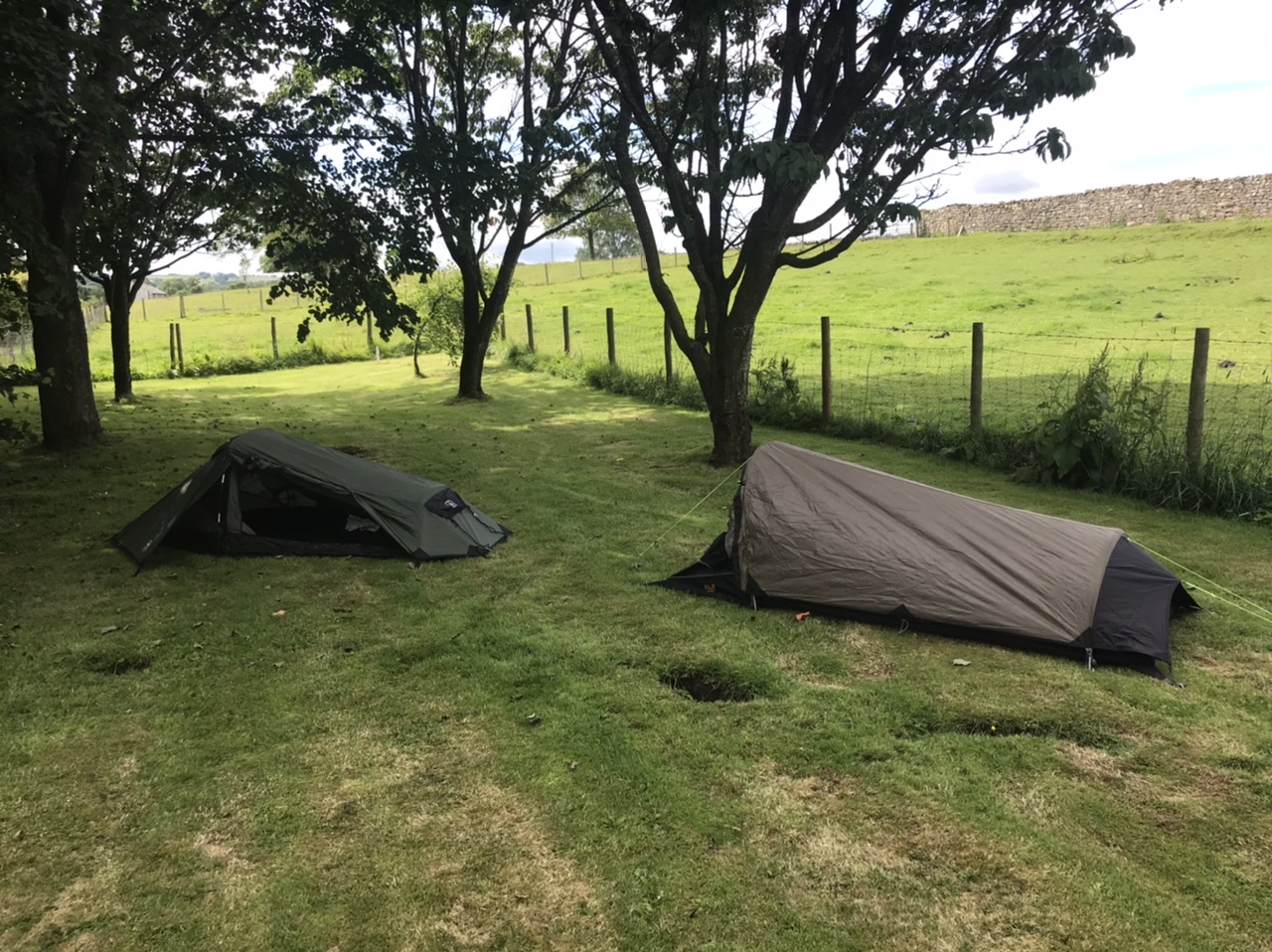 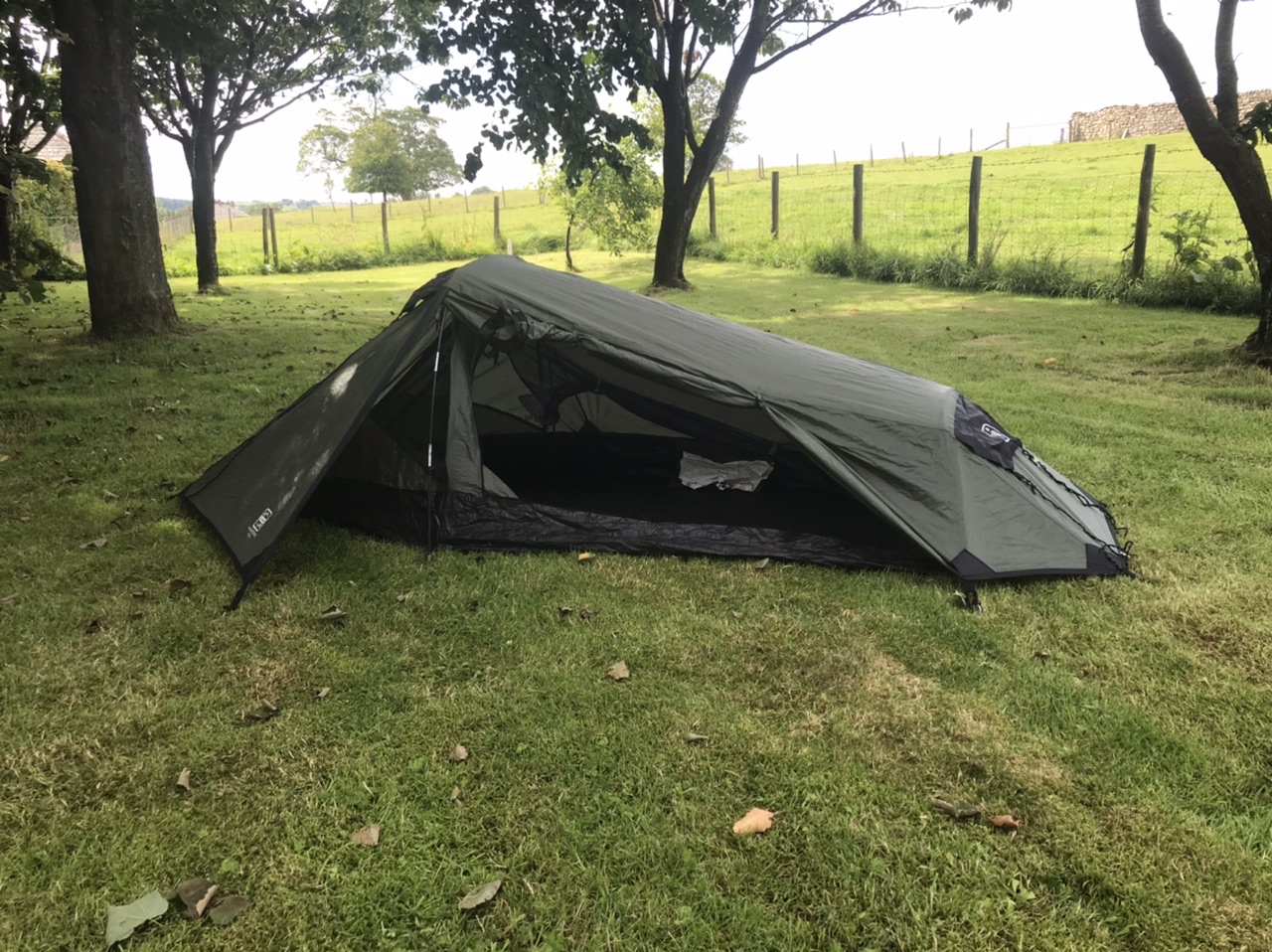 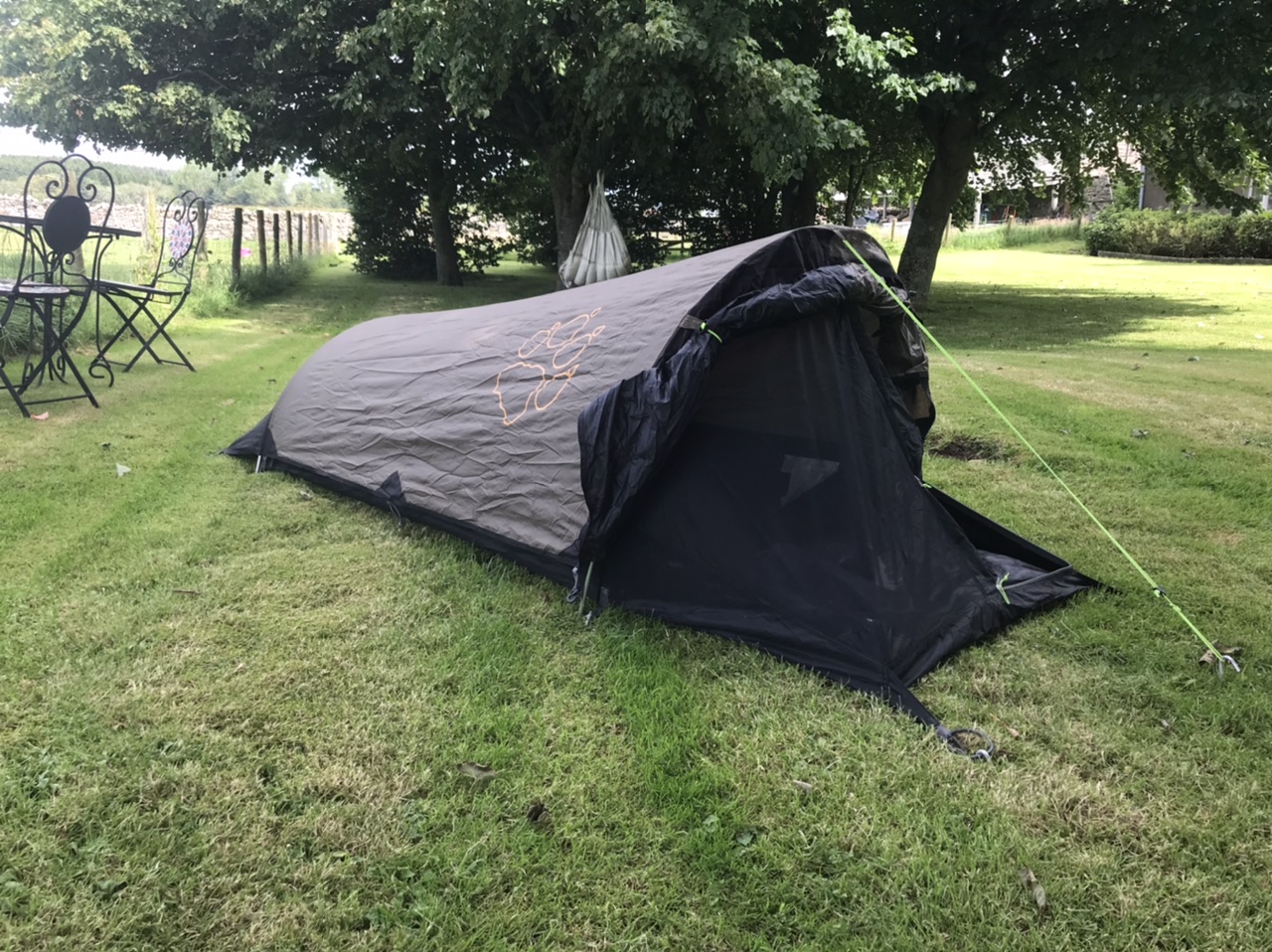 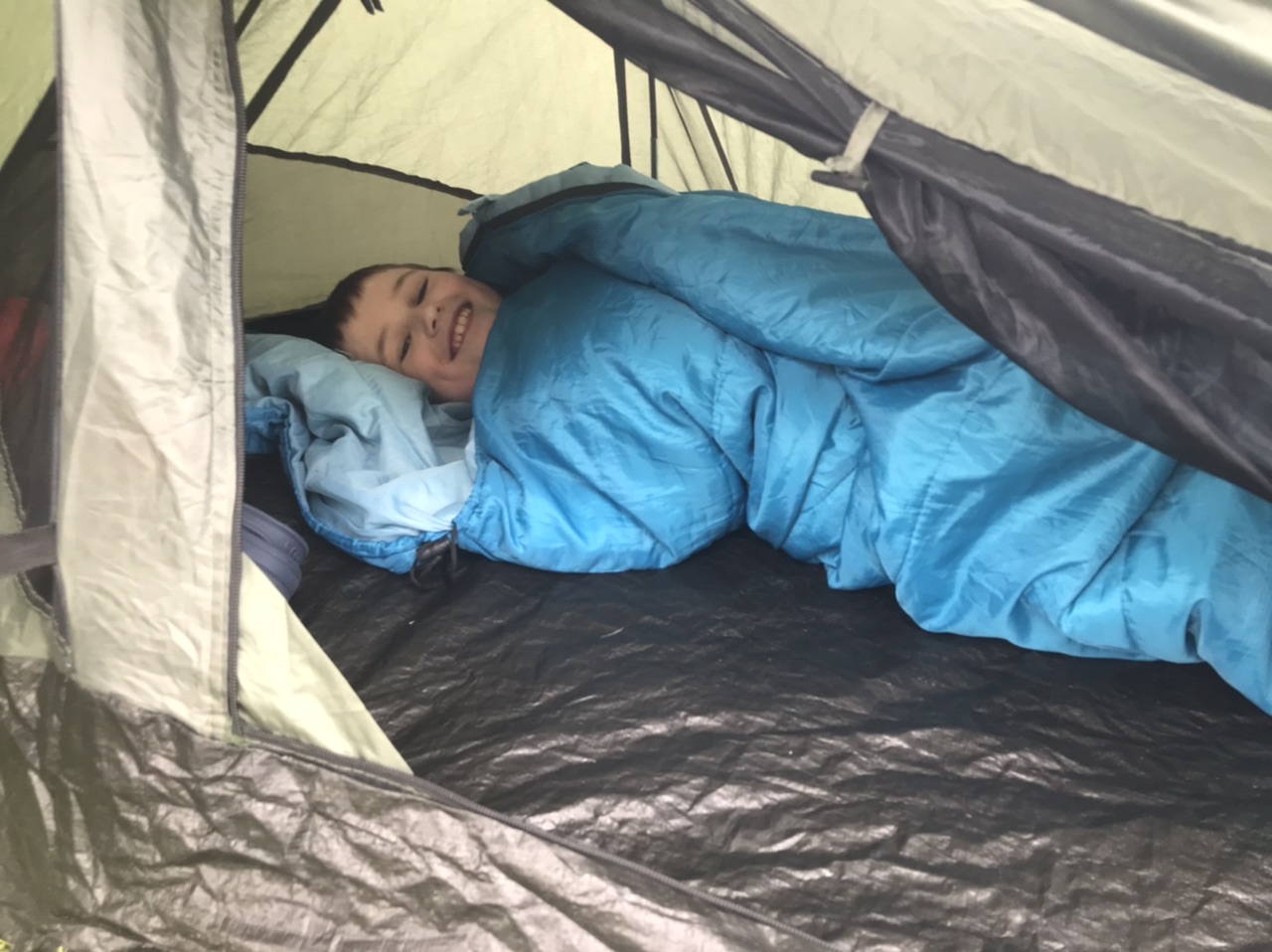 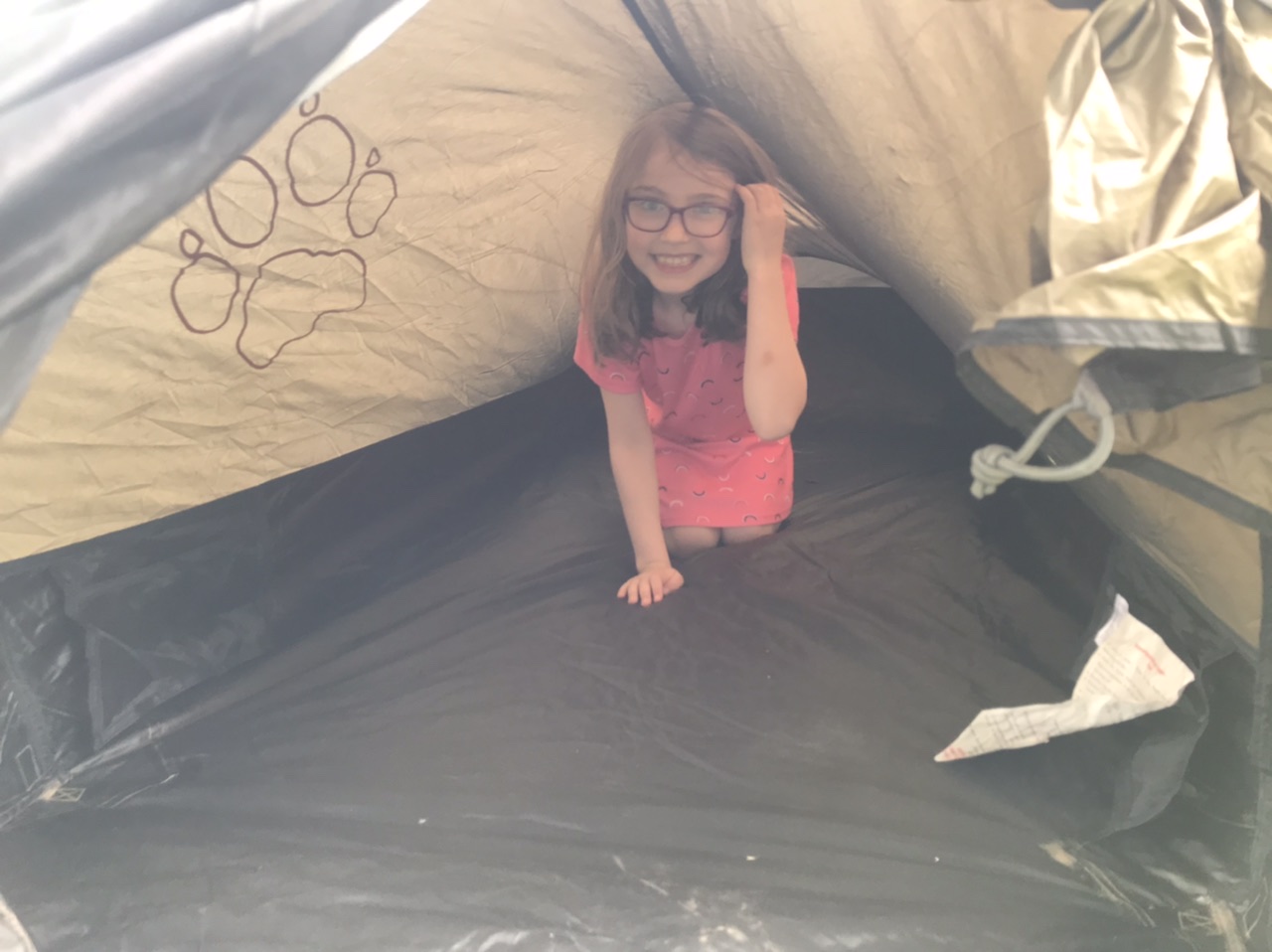 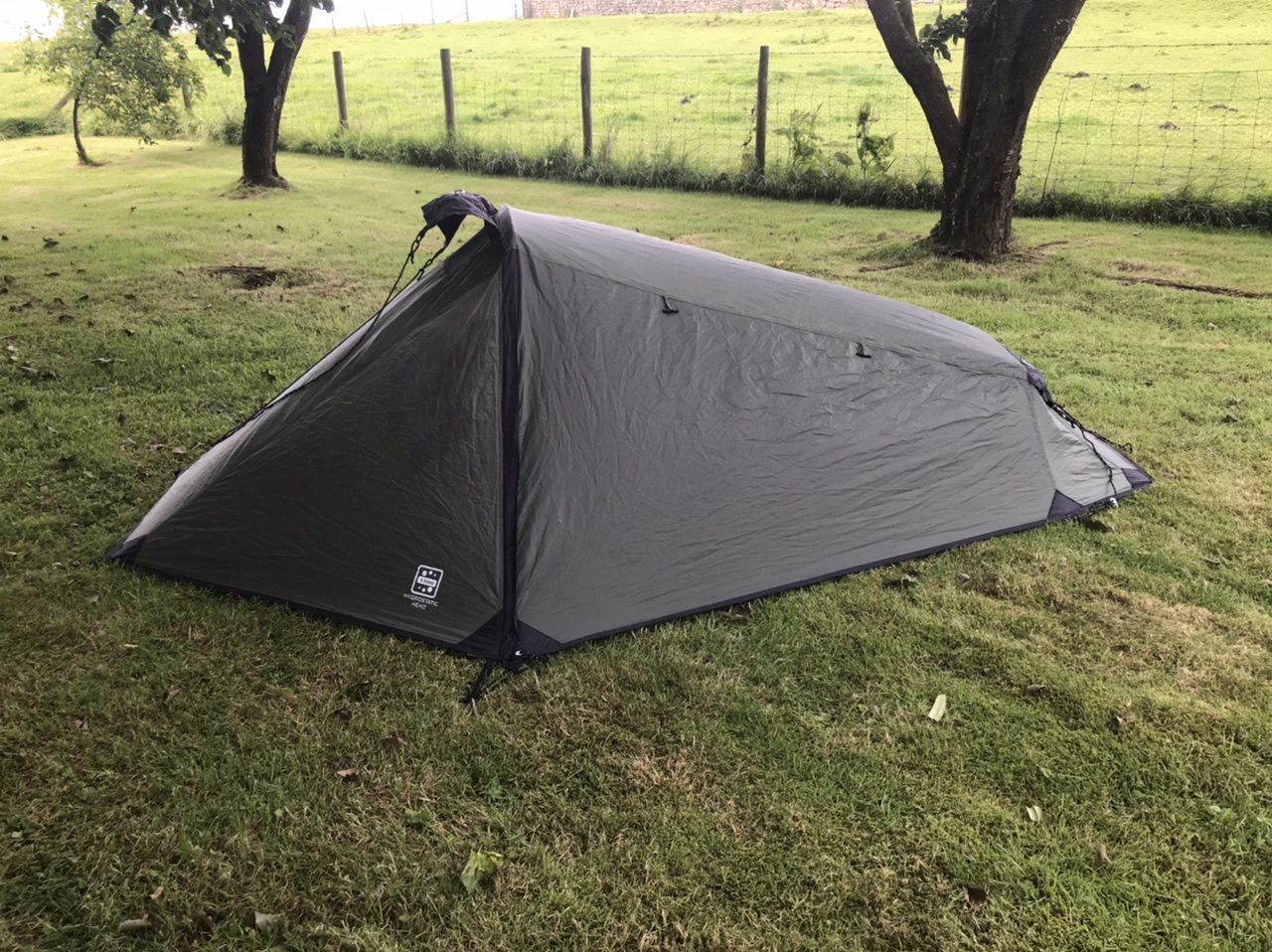 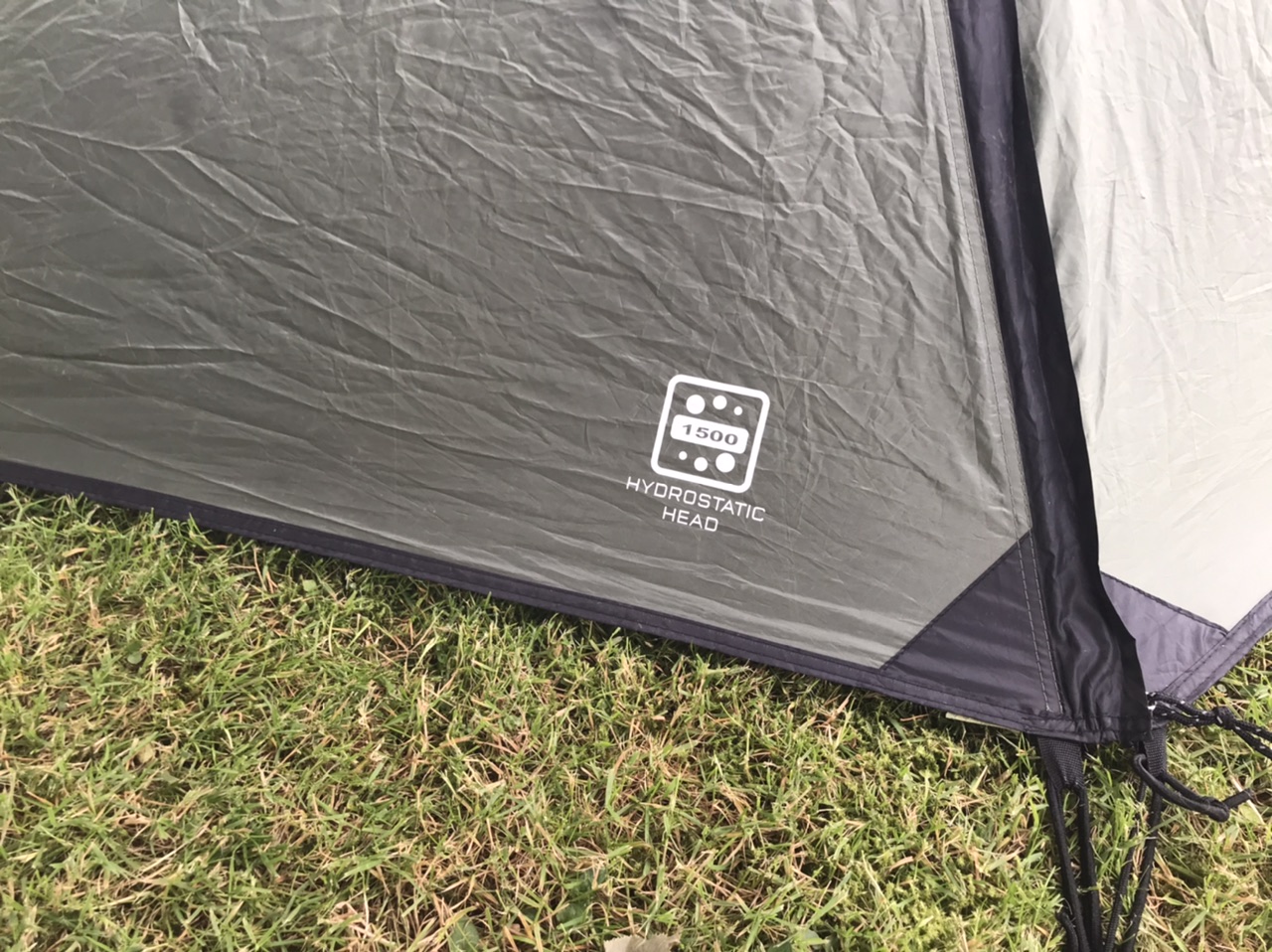 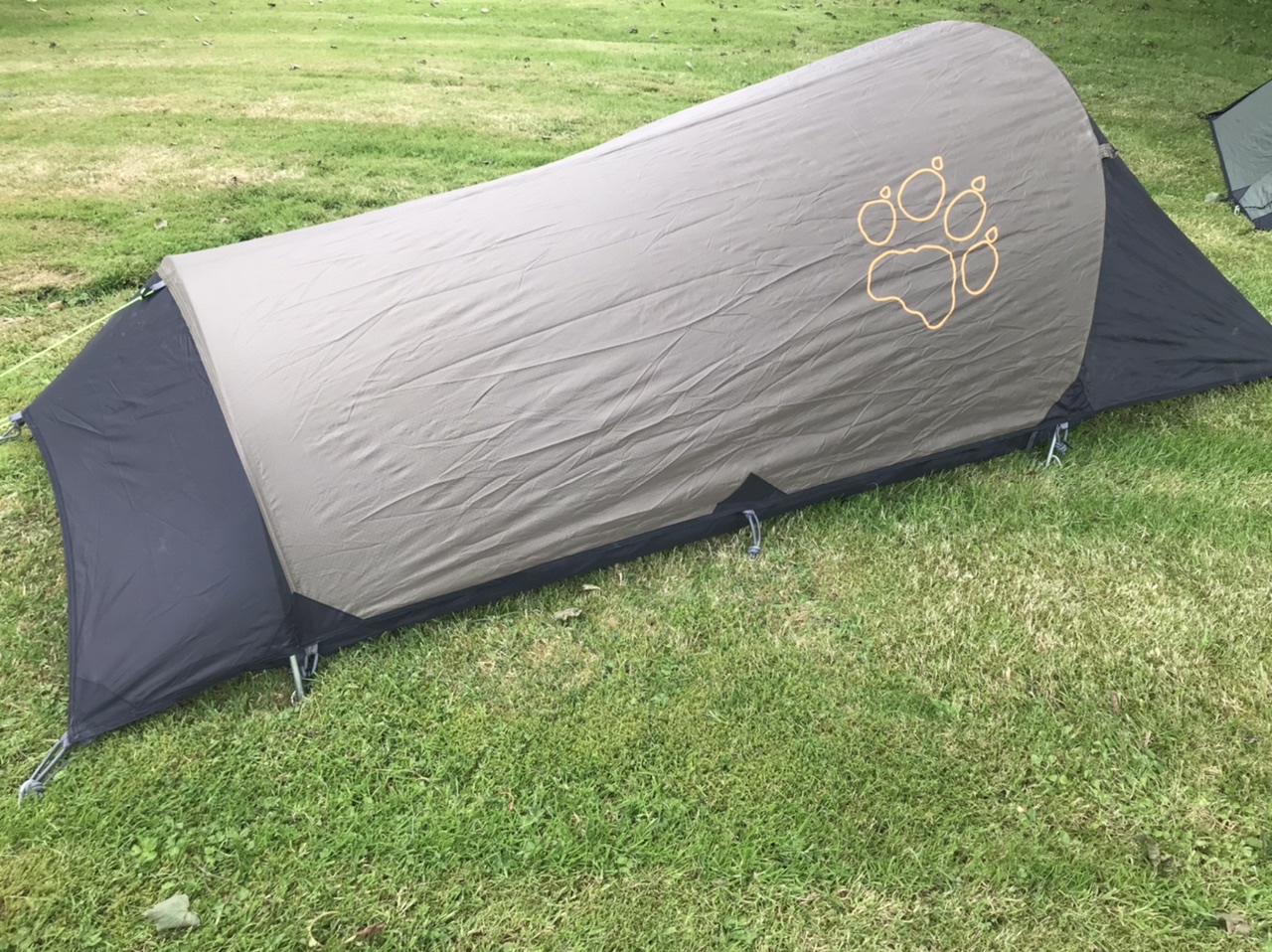 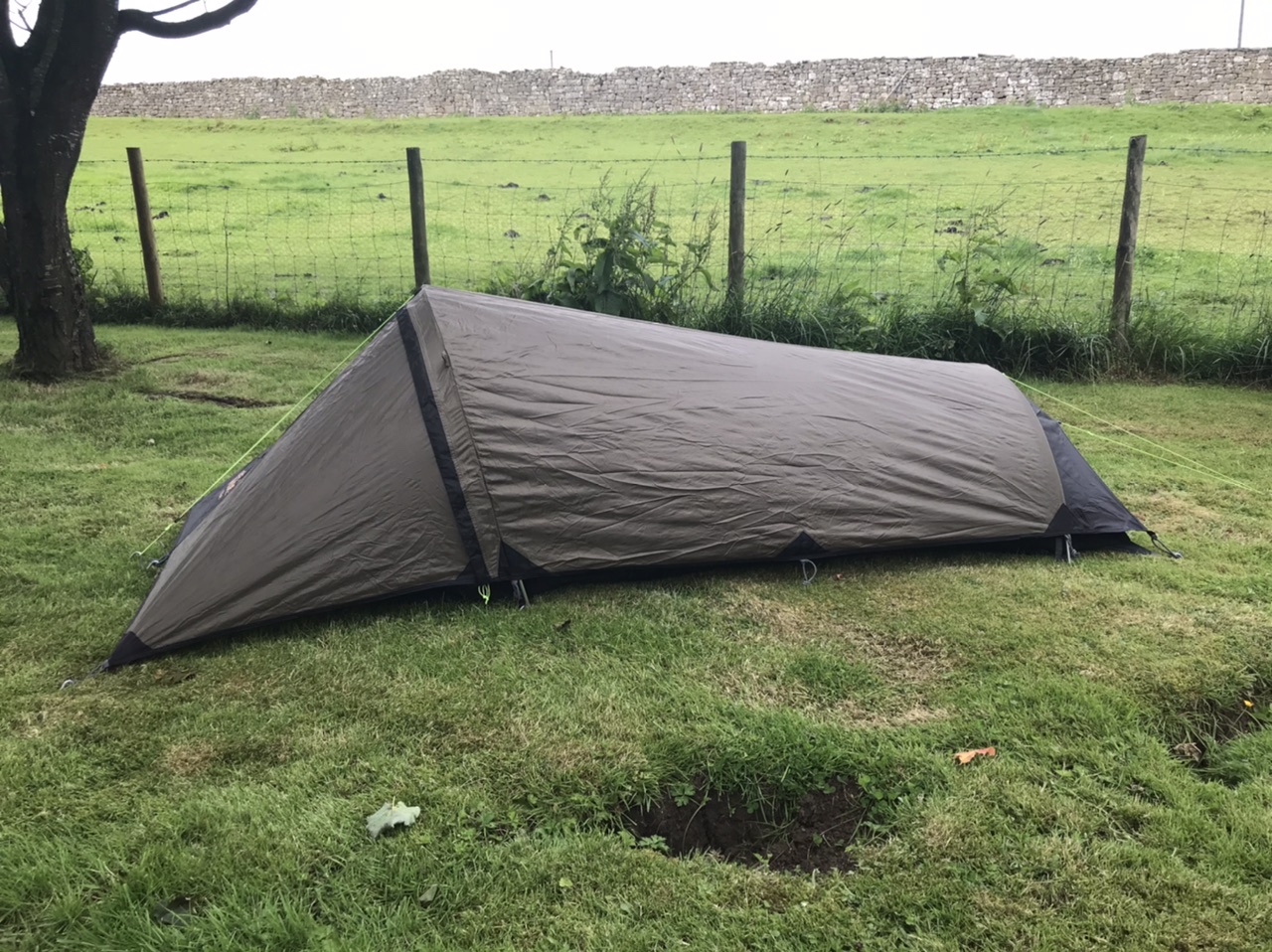 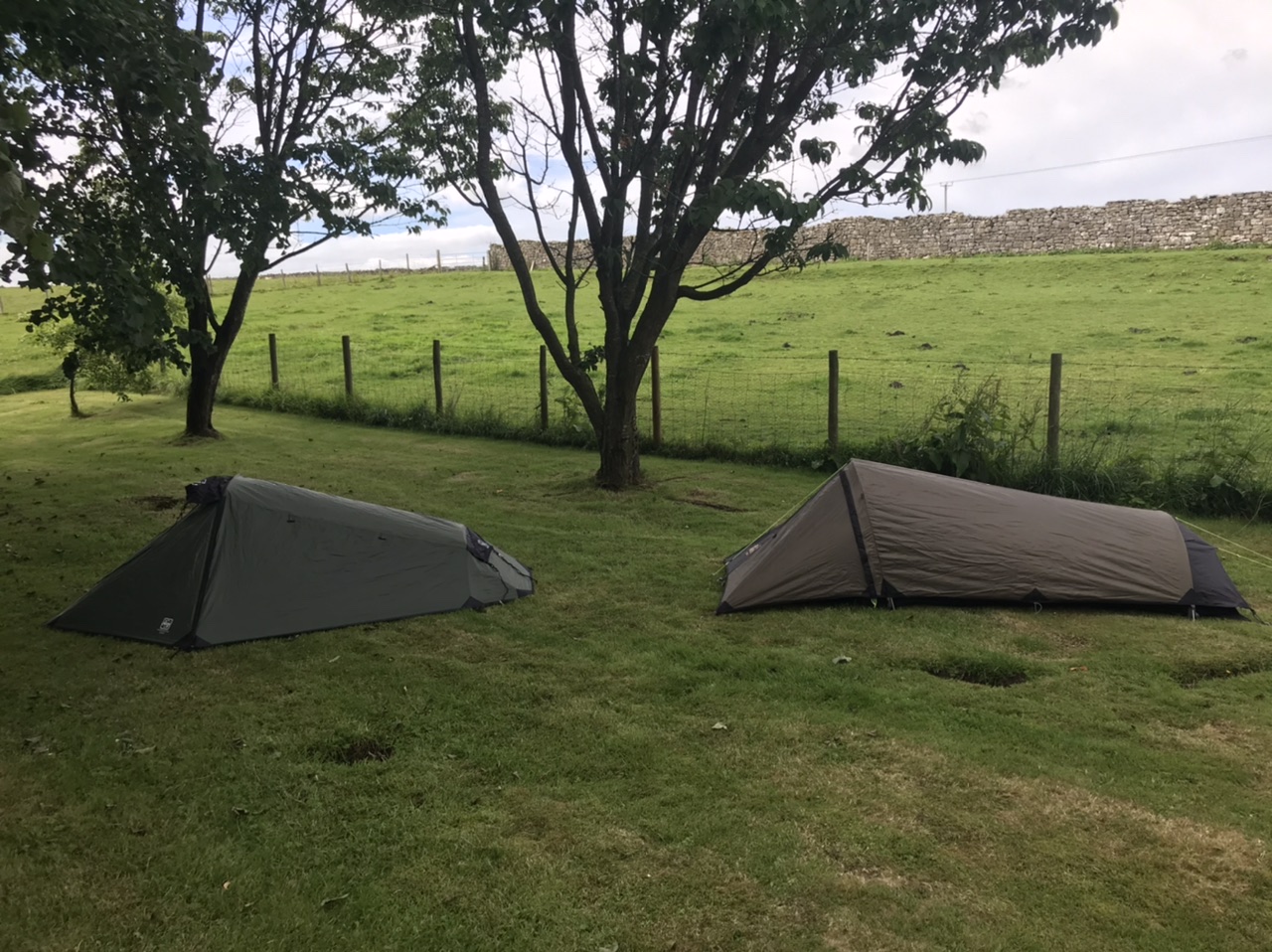