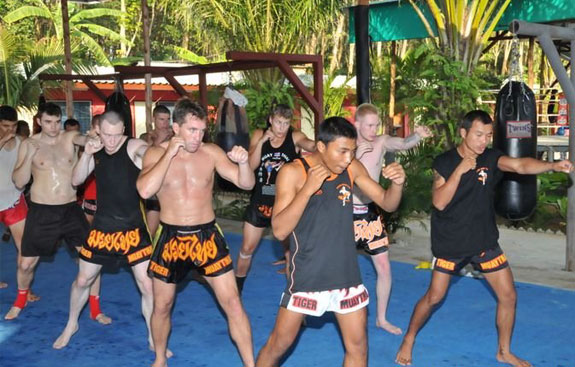 Thailand (pronounced /ˈtaɪlænd/ TY-land or /ˈtaɪlənd/; Thai: ราชอาณาจักรไทย Ratcha Anachak Thai, IPA: [râːtɕʰa ʔaːnaːtɕɑ̀k tʰɑj]( listen)) (formerly Siam Thai: สยาม; RTGS: Sayam) is a country that lies in the heart of Southeast Asia. It is bordered to the north by Burma and Laos, to the east by Laos and Cambodia, to the south by the Gulf of Thailand and Malaysia, and to the west by the Andaman Sea and the southern extremity of Burma. Its maritime boundaries include Vietnam in the Gulf of Thailand to the southeast and Indonesia and India in the Andaman Sea to the southwest.

The country is a kingdom, with most recorded reigns in the world; a constitutional monarchy with King Bhumibol Adulyadej, the ninth king of the House of Chakri, who has reigned since 1946, making him the world's longest-serving current head of state and the longest-reigning monarch in Thai history. The king is officially titled Head of State, the Head of the Armed Forces, an Upholder of the Buddhist religion, and the Defender of all Faiths. The largest city in Thailand is Bangkok, the capital, which is also the country's center of political, commercial, industrial and cultural activities.

Thailand is the world's 50th largest country in terms of total area (slightly smaller than Yemen and slightly larger than Spain), with a surface area of approximately 513,000 km2 (198,000 sq mi), and the 21st most-populous country, with approximately 64 million people. About 75% of the population is ethnically Thai, 14% is of Chinese origin, and 3% is ethnically Malay; the rest belong to minority groups including Mons, Khmers and various hill tribes. There are approximately 2.2 million legal and illegal migrants in Thailand. Thailand has also attracted a number of expatriates from developed countries. The country's official language is Thai. Its primary religion is Buddhism, which is practiced by around 95% of all Thais.

Thailand experienced rapid economic growth between 1985 and 1995 and is a newly industrialized country with tourism, due to well-known tourist destinations such as Pattaya, Bangkok, Phuket, Chiang Mai and Ko Samui, and exports contributing significantly to the economy.