Difference between revisions of "StabTiffy2B"

Picture courtesy of the London Crawl 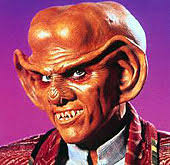 Funny, Handsome and all round top bloke. The women love him and the men want to be him.

His only downfall in life is the fact that he's a STAB and, therefore, not a proper Soldier and is a gobby cunt.

Had a disagreement with an arrse 'maiden' (term used loosely) which has escalated into him vs most of the maidens and the equal oportunities dullards. It remains banter with some but ceased to be banter with others a long time ago. He has a hard time remembering which ones are which.

Despite what some of them say. Is universally loved by the 'maidens'. Most of them get moist in the panty region when they see a PM from him, or he enters the chat room.

If you want to comment on me, then please do. However, please use your real user names (I know which dull group the StabTiffy Stalkers come from) and do so on the Discussion Page. Thanks.

The version by an un-funny bloke with a massive forehead:

Sad, witless, arrogant and all round tosser who looks like Plug from the Bash Street Kids. The women loathe him and a large number of the men do too.

(FB) Plug? I don't think so! As I remember, Plug was quite tall.

His only downfalls in life, apart from the fact that he's a STAB and, therefore, not a proper Soldier are he is still breathing and is stealing a large amount of everyone else's oxygen by being a gobby cunt.

Despite what some of them say. Is universally loathed by the 'maidens'. Most of them groan in despair when they see a PM from him, or he enters the chat room.

(Wasn't meant to be funny - merely a statement of fact. Duck)